The echo of Ilovaisk: new evidence of the Russian Army’s involvement in the Ilovaisk tragedy 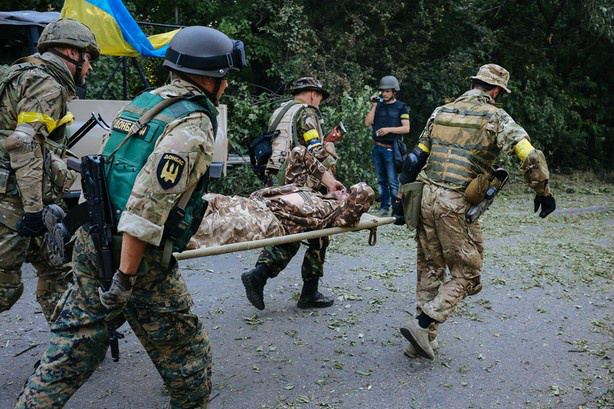 SBU (Security Service of Ukraine) has published a new video depicting Russian soldiers captured near Ilovaisk. These specific captives were lucky and survived. There are still many questions regarding the events in Ilovaisk.

One of them: “How many Russian conscripts got killed and how many of them were in captivity, killed by shells of their own comrades-in-arms?” Allegedly, 23 captured Russian soldiers were killed in the Ukrainian Army convoy attempting to leave through the “humanitarian corridor”.

One day before the tragic Friday morning the soldiers of the Donbas and Dinpro-1 battalions captured several Russian paratroopers, who “got lost” near Ilovaisk. They were badly demoralized by the fact of the war with Ukraine. They did not offer much resistance during the capture, saying, “This is not our war. We don’t understand, why we are here.” They just wanted to be alive, not to pay with their lives for Putin’s gamble.

Neither of them had any documents. They were quickly interrogated about the composition and the numbers of Russian forces surrounding Ilovaisk. The result of the interrogation was: the Russian regular forces had fourfold advantage in personnel and heavy weapons over the Donbas battalion, which by then had spent 11 days under constant shelling in Ilovaisk.

The captives provided contact information for their commanders, and, with the approval of their superiors, Lieutenant-General Ruslan Khomchak and the commander of the Dnipro-1 battalion made contact in order to agree on the withdrawal from the encirclement with subsequent release of the captured Russian paratroopers. Russian commanders were ready to allow our battalions to leave the encirclement in exchange for their captives, and coordinated this discussion at the highest level in Kremlin.

It was this specific situation that Putin’s statement late on August 28 was about. Putin knew that captured Russian soldiers would be leaving the encirclement in the convoy of our troops, and initially his generals managed to convince him not to attack the convoy. This is why the statement made by Putin that Thursday sounded so unexpectedly merciful.

But early Friday morning, when the convoy had been formed and started its retreat from Ilovaisk, the Russians changed their conditions. To the return of the captives they added the demand to lay down all weapons. Ukrainian volunteer troops could not accept that.

And all hell broke loose.

Our convoy was shot at with all kinds of small arms, mortars, and tank guns, even though it mostly consisted of regular cars and trucks, with just a few armored vehicles that had virtually no remaining ammunition. The Russians were shooting at our soldiers and also at the captured Russian soldiers, who had no protection.

Later the commander of the Dnipro-1 battalion told me that the cars with captured Russian soldiers received direct artillery and mortar hits. They must have been torn into pieces, along with our soldiers, who were escorting them and who did not return from Ilovaisk either.

Thus, Russian servicemen fell victim to the fire from their own units.