Russia plans another big military base near Ukraine border 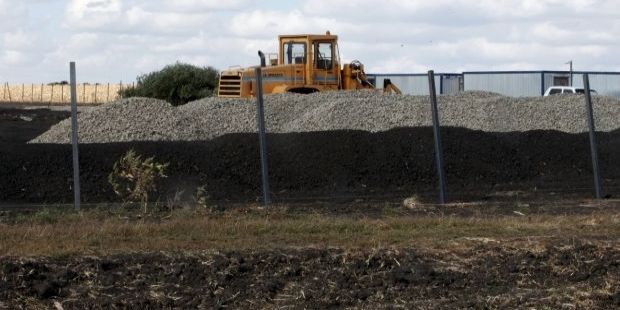 Russia is planning a second major military base near the border with Ukraine, where NATO accuses Russian troops of helping pro-Moscow separatists fight Kyiv's forces, according to Reuters.
The bases are part of a Russian military buildup along a new line of confrontation with the West, running from the Black Sea in the south to the Baltic in the north, which carries echoes of the Cold War-era "Iron Curtain," Reuters reported.

The new base will house 5,000 soldiers, more than 1,300 armored vehicles and ammunition, according to public documents and people working at the site.

It is further east than one under construction in Belgorod region reported by Reuters earlier this month but still close to the border with separatist-held parts of Ukraine's eastern Luhansk region, where there has been heavy fighting.

The new base, with a dozen barracks with space for 5,210 troops, warehouses for rockets, an infirmary, swimming pool and large training complex, will be 45 km (28 miles) from the Ukrainian border.
According to tender documents published on the Russian government website zakupki.gov.ru, the ministry plans to transfer a motorized rifle brigade from Nizhny Novgorod, in north-west Russia, to Boguchar along with troops trained in how to respond to nuclear, biological and chemical attacks.

The Russian defense ministry did not reply to written questions from Reuters about the purpose of the new base it plans to build at Boguchar and whether there was any connection to the Ukraine conflict.