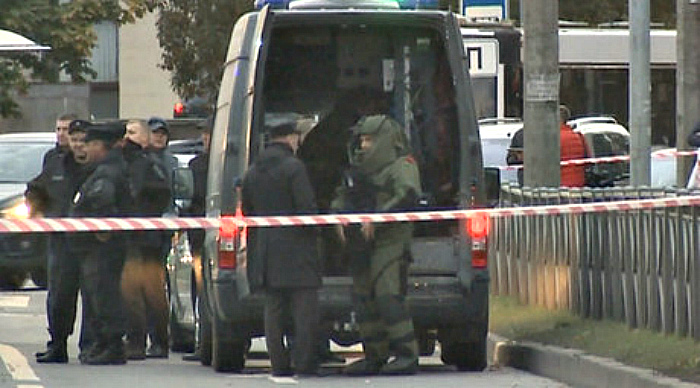 A 66-year-old Russian woman was reportedly injured in an explosion of what is thought to have been a homemade bomb she was carrying in St. Petersburg on Thursday.

A second explosive device was reportedly destroyed by security services.

The blast went off around 3:30pm local time (12:30pm GMT) in the north of St. Petersburg, some 400 meters from a nearby metro station, according to media reports. The area was sealed off by police and security services, causing traffic to come to standstill in the area.

The homemade bomb reportedly exploded inside a bag being carried by the old woman. Police said the blast was equivalent to 50 grams of TNT exploding. The pensioner was taken to hospital in critical condition, with eyewitnesses saying the woman’s leg had been torn off by the explosion.

The pensioner was on file with one of the local psychiatric institutions, NTV reported citing officials.

Several cars were reportedly damaged in the explosion, eyewitnesses said.

Reports of a second explosion in the area followed shortly, as a large boom was heard. This blast was caused by the Russian Federal Security Service, which had discovered a second explosive device and destroyed it using special equipment, St. Petersburg’s Fontanka news reported.

Investigators do not consider the case to be an act of terrorism, TASS reported.