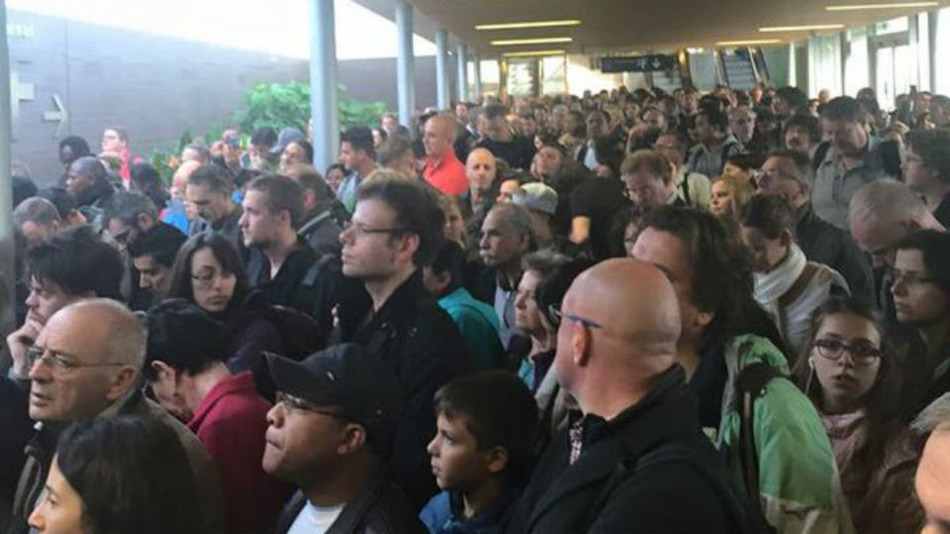 Travelers at Paris' Charles de Gaulle airport are sharing reports of long waiting times as France's security tightened in the wake of the terrorists attacks in Paris Friday.

"I've been in the queues for over 2 hrs," one person tweeted. "2+ hour wait," tweeted another.

Air France warned travelers of delays due to increased security on airports on Twitter, but said its flights will remain maintained. Early Saturday, Reuters reported American Airlines will delay flights to Paris, while United flights continued on schedule.

Shortly after the string of attacks in Paris late Friday and early Saturday, France's president Francois Hollande reinstated border controls, calling the attacks an "act of war". More than 120 people were killed in the attacks, with dozens more injured, many of whom are in critical condition.