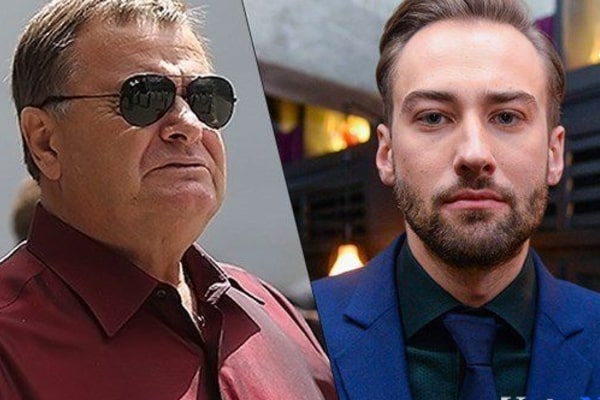 Father of Zhanna Friske died of cancer promised. He reward for the murder of Dmitry Shepelev.


Vladimir, who intends to go to great lengths to take to his grandson said that thank those who killed his son in law.
The man said that he must stay away from possible tragedy.


Vladimir Friske said that for several months he can not see his grandson. According to him, the reason for this was the beginning of the "war" families Friske and Shepelev

Jeanne's father is afraid that if the meeting does not break down and kill the son in law. According to Vladimir, it has appealed to the people who proposed this or that way to solve his problem with Dmitry Shepelev.

"There are people who want to stand up for me. They told me:" Can I? "I said," Do what you want. "If I used to say" do not ", but now I did not want to see, I am afraid that before Court anything he had not happened to her head someone cut or ribs are not broke. I am afraid. A lot, and fans in the cemetery fit and suggest that everything is arranged and corrected. I told them, your business, just let me do not get involved, — says Vladimir.

"I'll kill him myself, or or prirezhu! Or maybe somebody for me! God grant that found a kind of person, I would thank him!" — he said.

If earlier Vladimir Borisovich refused such "services" even now ready to reward the person who goes to such a move.

Father Friske sure that all the troubles in their family were due to Dmitry. He blames in-law and her daughter's death. According to him, now he began a series of lawsuits related to the property, proof of paternity Shepeleva. Vladimir Borisovich ready to do anything to take his grandson.

As reported by the "Observer", the father of Jeanne Friske previously said that the civilian spouse actress has repeatedly cheated on her in money matters. Vladimir Kopylov argues that money to build and furnish the mansion in Moscow, Dmitry Shepelev took a bank card Frisco. According to his father, also disappeared diamond jewelry Jeanne.

Previously Natalia Friske shared their feelings about the son of Joan of Plato. Sister singer admitted that she would like to see the boy, but she was not allowed to do so by his father. According to Natalia, Dmitry Shepelev deliberately provoked the conflict with Vladimir Friske, that future Court to point out the insanity.

TV host has even written statement to the police at his father Friske because of threats of violence. The father of the singer, in turn, accused Shepeleva the death of his unborn grandson. It was also reported that his mother was seriously ill Friske after the scandal with Shepelev.