‘Creed’ review: The ‘Rocky’ franchise roars again with a searing jolt of adrenaline 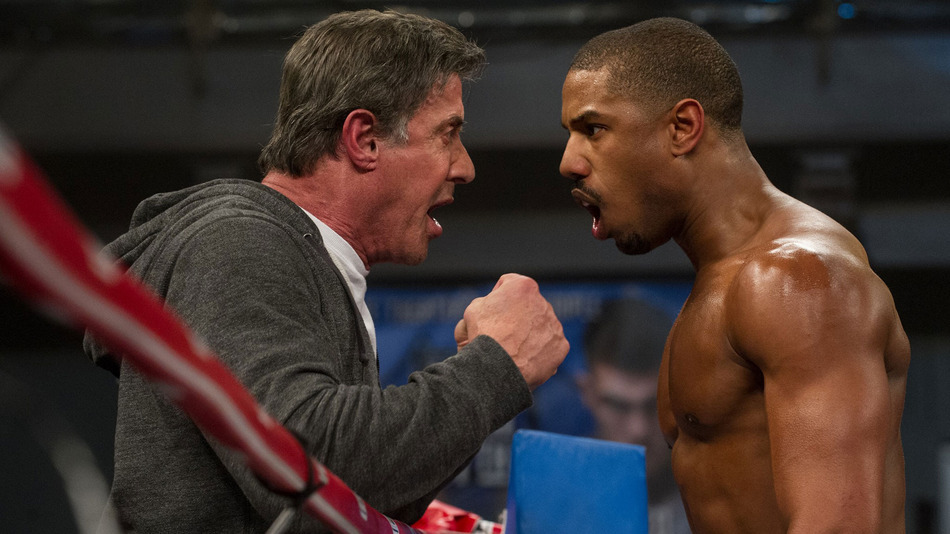 Somewhere up there, Apollo Creed is looking down at his son and smiling.

After 40 years of Balboa, the Rocky franchise has been given a new life and a brand-new star in Michael B. Jordan, a fighter strong and scrappy enough to carry Sylvester Stallone's torch.

Creed is thoroughly modern, thrusting the nostalgic world of Rocky into 2015 while incorporating generous callbacks that'll delight any longtime fans. Director Ryan Coogler obsessively pays homage to his source material as he introduces and electrifies the beloved franchise for a new generation.

Coogler (Fruitvale Station), a noted Rocky enthusiast, cooked up the idea for Creed in 2011, pitched it to Sylvester Stallone and co-wrote the script. Ultimately, he delivers — not just with the film's fresh storyline, but also with a highly effective visual approach, favoring an intimate, handheld style that's equal parts voyeuristic and visceral.

Fight scenes are often filmed from the vantage point of someone watching up through the ropes or the referee, giving them an added layer of savagery. It's messy, bloody action that culminates in a jaw-droppingly thrilling trademark final fight — which, by the way, is intensely HBO branded, a reflection of the modern boxing world.

Despite learning how his father died — a fatal knockout in Rocky IV at the hands of Ivan Drago — Adonis is determined to be a fighter, preternaturally destined to follow in the elder Creed's footsteps. He's been fighting all his life, from scuffling with other kids in juvenile detention to sneaking away from his boring office job to brawl in Mexican boxing rings.

Adonis eventually decides to box full-time, moving from the cushy Creed mansion in Los Angeles to a dull Philadelphia apartment. Once there, he sets off to find Rocky Balboa (Stallone) and starts fighting at Mighty Mick's Gym — which is now sleek and polished, with Future blasting from the speakers and young girls boxing in the background. (A sight you'd never see in the core Rocky films.)

Rocky, who's still just working at Adrian's (the restaurant from Rocky Balboa), is hesitant to take on stubborn young Creed — but eventually gives in. Creed soon decides to hide his real identity, instead going by his mother's maiden name. He doesn't want special treatment as he gears up for a big match with fearsome fighter "Pretty" Ricky Conlan, played by actual Liverpool heavyweight champ Tony Bellew.

Jordan plays Creed with a killer coldness for much of the first half, anger always bubbling just beneath the surface. Though Apollo was a braggadocious performer, Adonis is cool and distant, preferring to let his fists do the talking. In a way, he's almost more similar to Rocky III's vicious Clubber Lang (Mr. T) … except without the whole "relentlessly evil" thing.

Jordan also got totally ripped for this role: He's 180 pounds of stacked muscle, working hard to make up for the fact that he doesn't have the same athletic background as Carl Weathers.

Of course, this wouldn't be a true Rocky film without a blooming romance at its heart. Cue Bianca (Tessa Thompson), the noisy neighbor who catches Creed's eye. Bianca is no Adrian-esque wallflower — she's a singer (think the slithering R&B of FKA twigs and Kelela) without an ounce of shyness. Unlike Adrian, she doesn't hide in the locker room during big fights — she cheers and shouts on the sidelines when Creed has a match.

Sylvester Stallone is also in fine form, wearing Rocky's old fedora and black Converse like a second skin. He's the same affable everyman, a disarming rambler who frequently doles out philosophical Rockyisms. Fans will be happy to note that the movie is just as much about him as it is about Adonis, with ol' Rocky fighting some demons of his own.

He steps quite nicely into the role of trainer — never as mean as Mickey (Burgess Meredith ) was, but just as effective. And speaking of the Italian Stallion's old trainer, Coogler drops plenty of delightful nods to Meredith's beloved character ("Women weaken legs" and chicken-chasing, for example).

If you've never seen a Rocky movie, you'll thankfully still be able to keep up with Creed — but you'll also be the kid who misses all the inside jokes.

Aside from the Mickey nods, there are so many Easter eggs it's impossible to keep count. From the "Because I can't sing or dance" shirts to a goosebump-inducing rendition of Bill Conti's "Gonna Fly Now" to the simple way Rocky says the word "comfortable," Coogler swaddles the production in the franchise's legacy, to sweet effect. The film has it all — yes, even that Very Famous Thing you're thinking of.

He also made a film that weaves in nods to modern black culture, from "light skinned" jokes to phrases like "catch this fade" and "keep it 100." There's even a tender scene where Adonis unbraids Bianca's hair. It's fleeting, but leaves a lasting impression.

Perhaps the one nagging flaw in a generally exhilarating film is the lack of a classic villain. "Pretty" Ricky Conlan is a bad boy fighter with a rap sheet, but he doesn't hold a candle to Apollo, Lang or Drago before him. He turns out a good performance for the final fight, but lacks the almost cartoonish quality and personality of past Rocky foes.

Ultimately, Creed's true pièce de résistance is the ridiculously impressive final fight, which pulls out all the stylistic stops. But we'll leave it at that, because it's so much better if you watch it yourself. Over and over and over again.