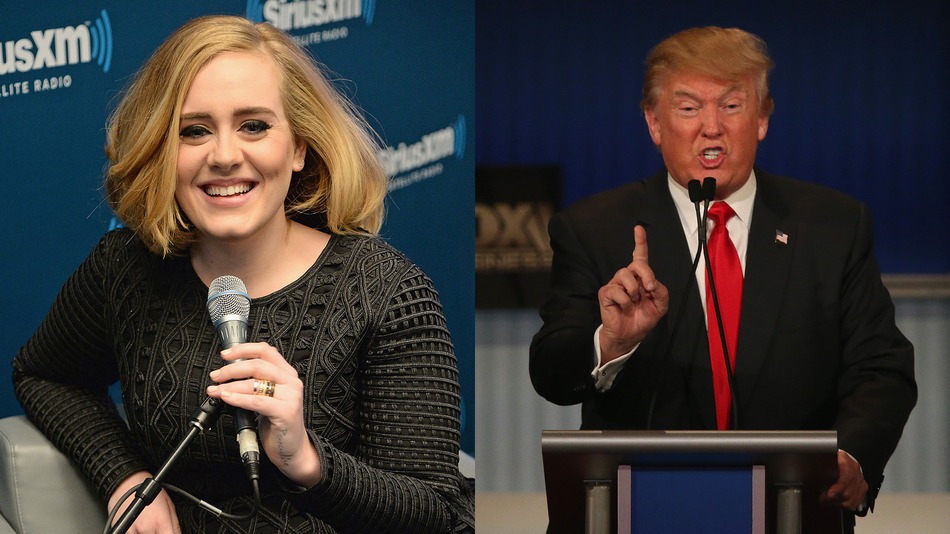 The GOP presidential candidate attended Adele's concert at Radio City Music Hall and reportedly cut in front of fans who had been waiting for hours.

And are you ready for it? Donald Trump two rows behind me (and that's Tina Fey in the leather jacket). ? #Adele pic.twitter.com/QtpI7LGaFA

But at least he couldn't get front row seats.