Drunk Anastasia Volochkova made a scandal during a TV show (VIDEO) 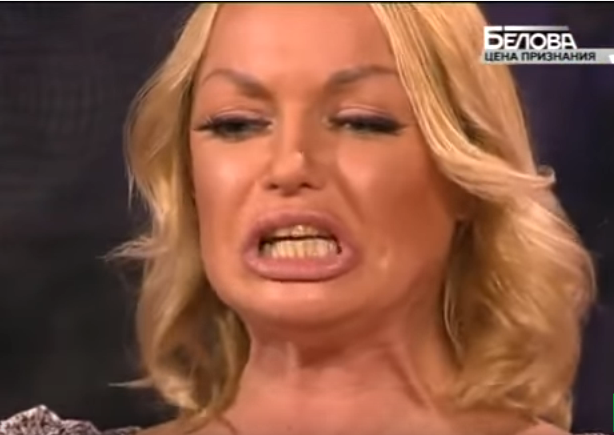 According to Russian sources, the famous ballerina Anastasia Volochkova has provoked another scandal. At this time — during the popular program "50 shades. Belova, "transmit news in the world.

Anastasia was invited to discuss the topic of show business stars frank confessions.

In the studio, Volochkova has arranged a confession, instead of answering questions, talking about her everyday concerns. Ballerina said she can tell the world about deeply personal things.

Scandalous behavior of artist which can not be explained by anything other than to alcohol intoxication, caused outrage by viewers.
During the conversationa star pronounced things that does not fit into any framework.

On the proposal of the deputy (guest of the program) not to show everything in the blog, Volochkova retorted not to visit her page. It should be noted that  ballerina has not been on the second part of the program.