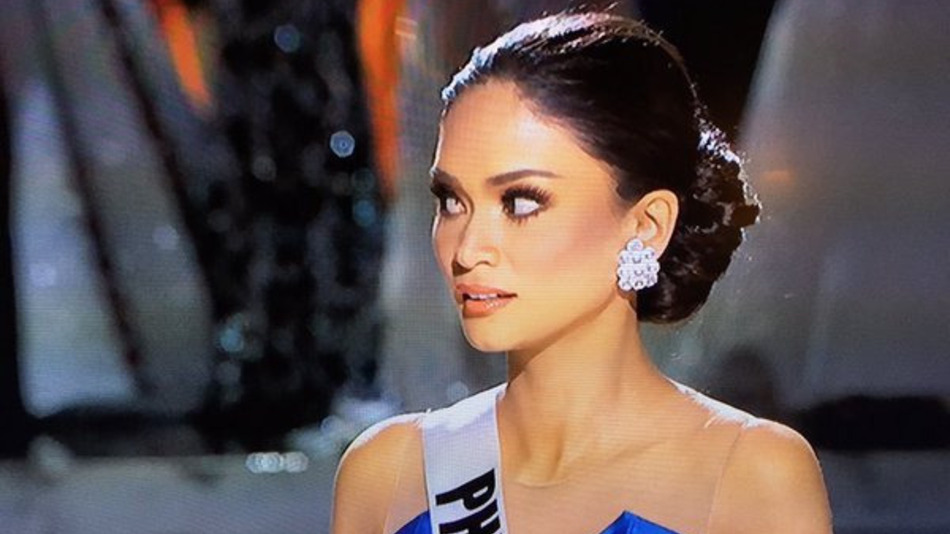 Miss Philippines, Pia Wurtzbach, is this year's Miss Universe winner. But thanks to a blunder by Steve Harvey, the host of the event, her crowning was also the most awkward ceremony in recent Miss Universe history.

Wurtzbach was one of the final three contestants in the pageant, along with Miss USA Olivia Jordan and Miss Colombia Ariadna Gutierrez. Jordan was in third, and Harvey called out Wurtzbach as second, making Gutierrez the winner.

Gutierrez was already crowned and blowing kisses to the crowd when Harvey suddenly cut through the cheering: "There's… I have to apologize."

What followed was possibly the most awkward uncrowning ceremony ever, as Gutierrez had to put on a brave smile and see her crown go to a stunned Wurtzbach.

Harvey looked shaken as he apologized for the gaffe later onstage. "I will take responsibility for this, it was my mistake," he said, holding up the results card to the camera.

Notice how they arrange everything on the card to make the chance of a f*ck up very low. #MissUniverse2015 pic.twitter.com/Fk2H9AWX7C

But just as the Internet was reacting in anger and confusion, Harvey made matters worse by tweeting an apology — but spelled both Philippines and Colombia incorrectly. (He deleted the tweet moments after.) 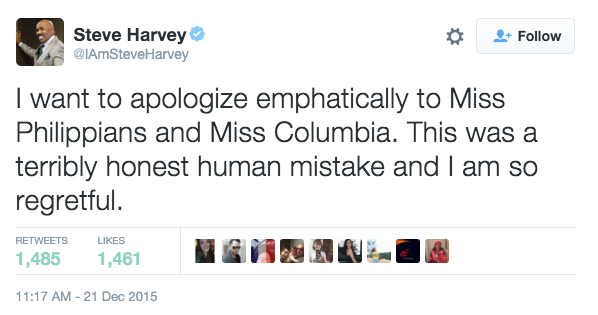 People responding to his apology are furious:

While people are blaming Harvey for the mix-up, many are sympathetic to Miss Colombia.

Dear Miss #Colombia… I'm sorry that had to happen to you. I feel real bad. You're still one of the most beautiful in the universe! Salud!