In never-before-seen interrogation tapes, a Missouri mother-daughter duo who are currently serving prison time for poisoning and killing members of their own family with anti-freeze are heard describing how and why they did it in their own words.

"I'm not a perpetual killer. I'm just stupid," the mother, Diane Staudte, told a Springfield, Missouri, detective during her 2013 interrogation. "I regret doing it. I really do. I've screwed up everybody. I've screwed up my whole family."


In the interrogation tapes, which ABC News obtained exclusively, Staudte confessed to poisoning her husband Mark and her two eldest children with anti-freeze. The tapes also include the interrogation of her daughter Rachel, the third Staudte child, who admitting to police that she and her mother hatched the plot to kill her father, though she said her mom was the mastermind. 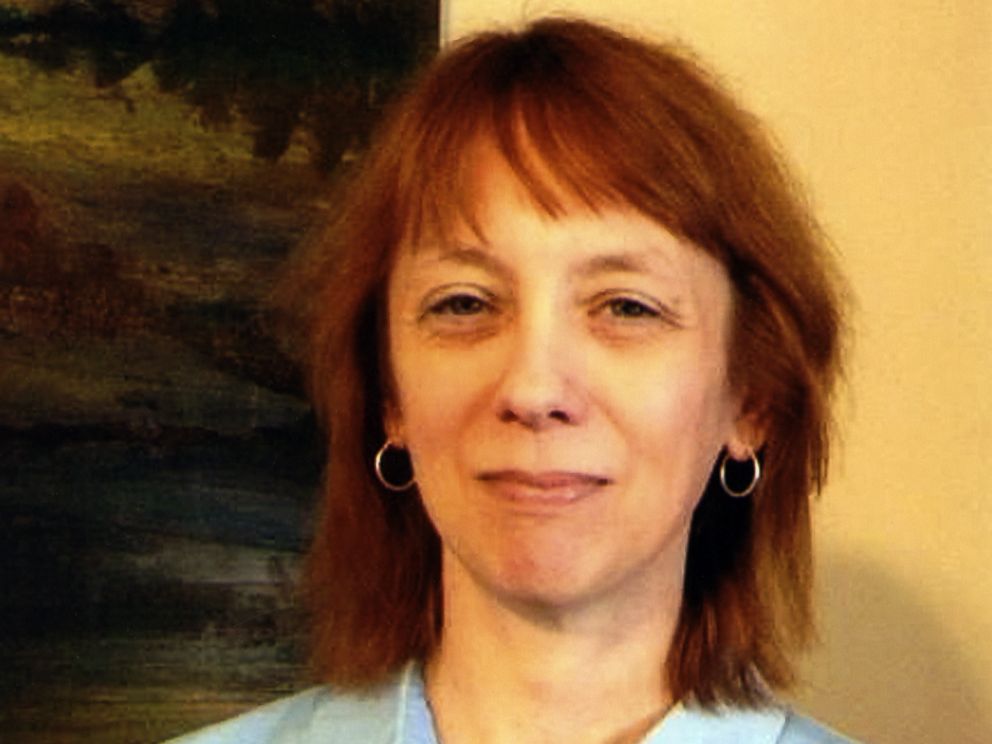 "Mom brought it up, and then we discussed," Rachel says in the tapes.

In June 2013, Diane and Rachel Staudte voluntarily went to the Springfield Police Department after police received an anonymous tip claiming that Diane may have been responsible for the mysterious deaths of her husband Mark and her oldest son Shaun, as well as the hospitalization of her daughter Sarah.

"[The caller] brought up Mark’s death [and] Shaun’s death being very close proximity to each other [and] also spoke about the potential that Sarah was going to die as well," Springfield Police homicide Det. Neal McAmis told ABC News' "20/20." 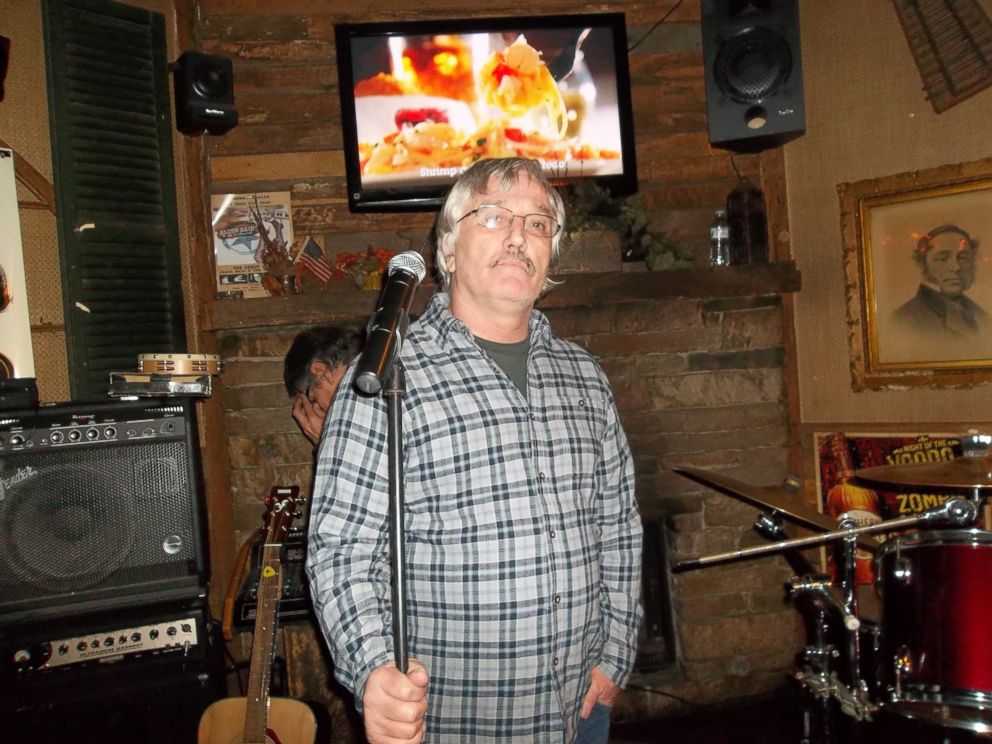 Mark Staudte died suddenly in April 2012 when he was 61 years old. Though the medical examiner noted a ring of blood around his mouth, Mark was not known to lead a healthy lifestyle, so his death was ruled to be of natural causes. His body was cremated and his ashes were scattered in a lake.

With Mark's $20,000 life insurance payout, Diane moved their four children into a new house in a nicer part of town.

That September, tragedy struck again when Shaun, 26, died suddenly. Shaun, who was diagnosed with mild autism when he was younger and had a history of seizures, was also observed with a ring of blood around his mouth, according to the medical examiner's report, but his death was ruled to be caused by "prior medical issues." Like his father, Shaun's body was also cremated.

Friends close to the Staudte family remembered learning the news and remarking on how unfortunate it was for Diane to lose both a husband and son within the span of five months.

"I'm like, 'Oh my god, this mother must be devastated. She lost her husband, now she loses her son?'" Charles Alexander, Mark's friend and bandmate, told "20/20." 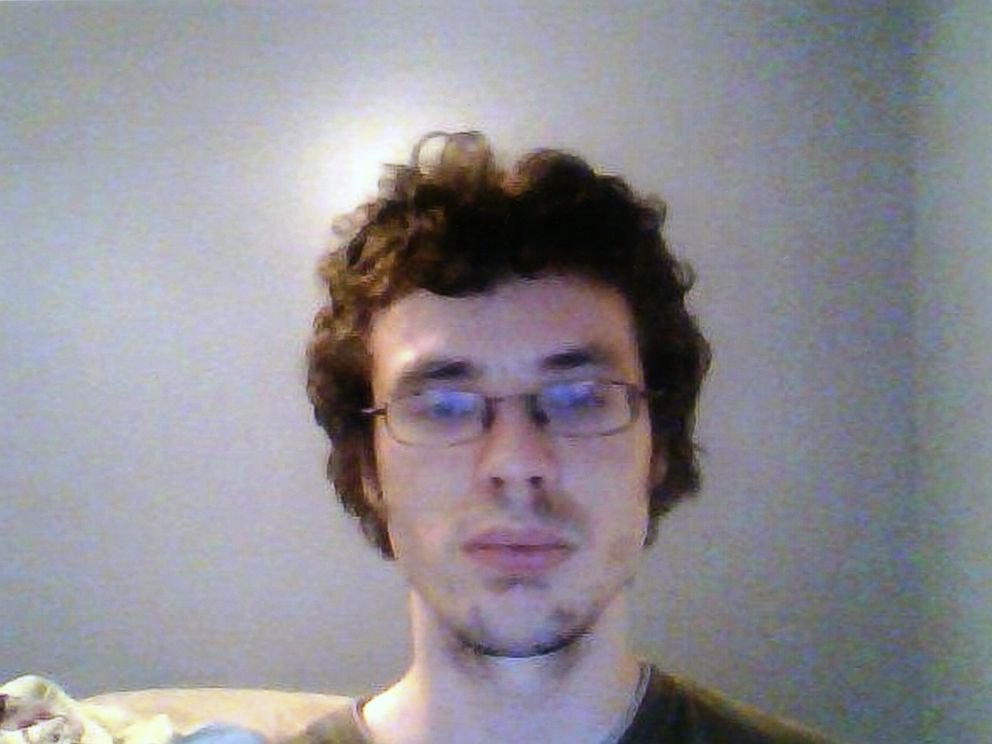 As time passed, things seemed to return to normal in the Staudte home until June 2013, when Diane rushed her daughter Sarah to the emergency room.

Sarah, then 24 years old, was admitted with flu-like symptoms, but her kidneys and brain were failing.

"It's like a lot of bad luck here in this family. What's going on?" Diane's brother-in-law Michael Staudte told "20/20."

After the anonymous tip came in claiming Diane was involved, Springfield Det. Neal McAmis looked closely at the reports on Mark and Shaun’s deaths and noticed similarities.

He then went to the hospital where Sarah was being treated and a nurse reported that Diane was behaving strangely, joking about her daughter's condition and talking about an upcoming vacation to Florida.

"I ended up speaking with a doctor that was taking care of Sarah as well. He had told me that they performed several tests," McAmis said. "They couldn't figure out what was going on. And he said that he was suspicious that it was a possible poisoning case."

When Diane Staudte came in for questioning at the police station, she admitted she thought her daughter Sarah was difficult and she may have delayed bringing her to the hospital, but denied harming her or her son Shaun.

"I didn't hurt my kids and that's what I feel like you're insinuating I did. I may not be the best mother in the world, but I didn't hurt my kids," Diane told McAmis. "When Mark died, it was actually a relief. I just don't tell people that. I don't know what else to say."

At this point in questioning, the interrogation tapes show Diane wondering out loud if she needed a lawyer and McAmis then Mirandized her, but Diane continued speaking.

She also said she had been putting anti-freeze in her children Shaun and Sarah's soda for "a couple days." She said she poisoned her son Shaun because he was a significant burden to her. 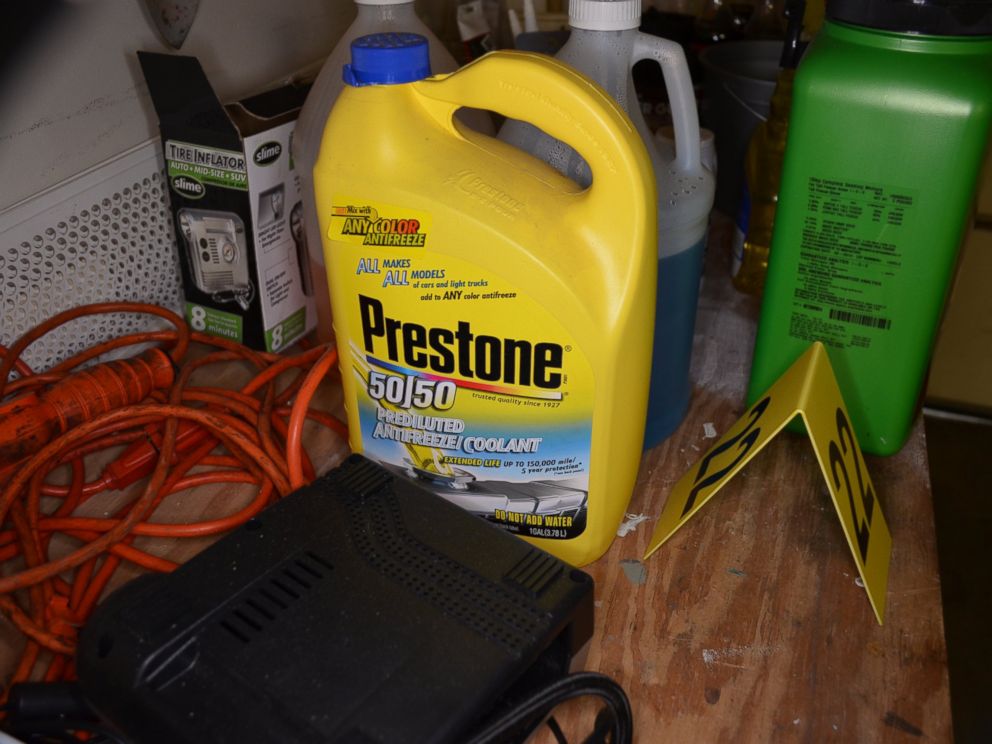 "Shaun would be interfering with whatever I would do," Diane told McAmis. "He was more than a bother … more than a pest."

Diane said she poisoned Sarah because her daughter had college debt that she didn't want to pay. She said she didn't poison her daughter Rachel, the third child, nor her youngest daughter because she loved them. She said she and Rachel both discussed taking Sarah to the hospital after Sarah ingested the anti-freeze, but that Rachel was not involved in the actual poisoning.

McAmis later interviewed Rachel, then 22 years old, who at first said the only person her mom talked about harming was herself. But she changed her story after McAmis told her police had searched the Staudte home and found Rachel's diary, which had an entry about her father and brother's deaths. 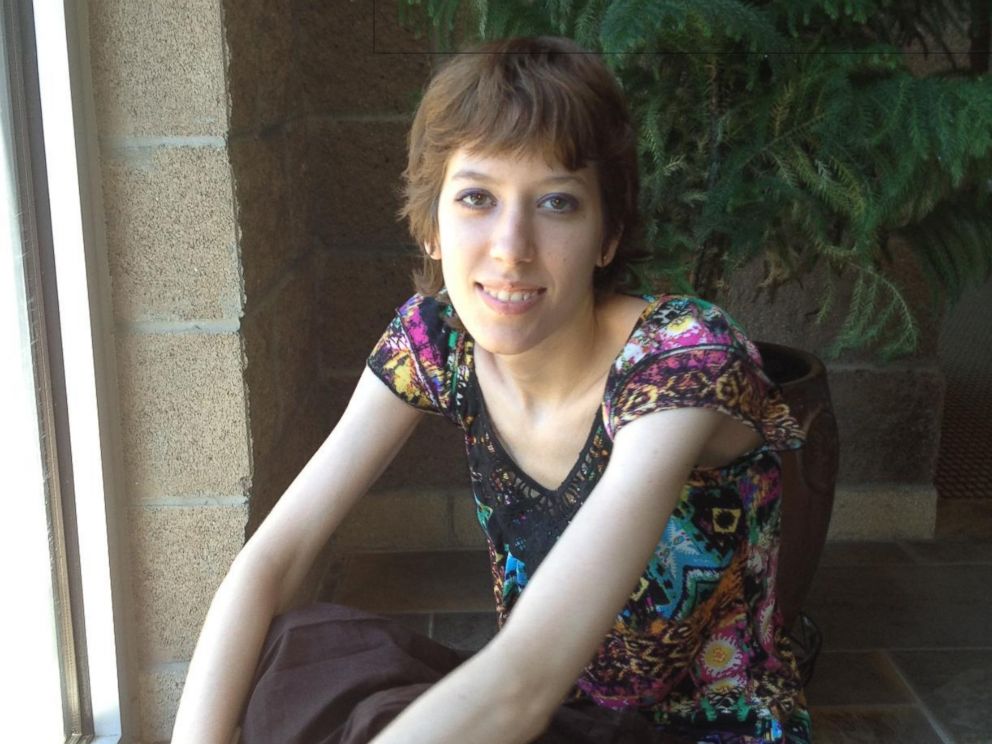 The entry said, "It's sad when I realized how my father will pass on in the next two months … Shaun, my brother will move on shortly after. … It will be tough getting used to the changes but everything will work out." It was dated June 13, 2011, which was nearly a year before Rachel's dad died.

When confronted with the new evidence, Rachel initally told McAmis the entry was about bad dreams she had about them dying. But after McAmis read Rachel her Miranda rights, she then confessed that she and her mother had researched different options to kill her father, including suffocation and a cocktail of pills, before settling on anti-freeze.

She said her mother bought the anti-freeze online because anti-freeze sold in stores has an added bittering agent to prevent accidental ingestion. 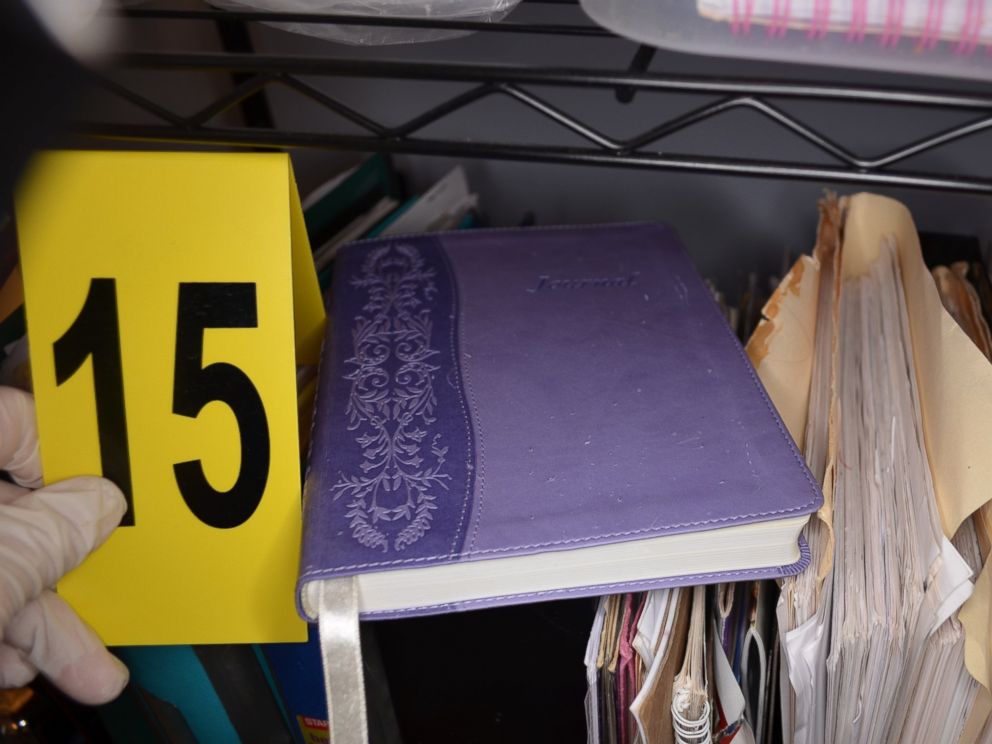 "Because in general you could put it in something, and you couldn't taste it," Rachel told the detective. "She wanted a specific tasteless one."

Rachel said only her father was supposed to be poisoned at first, but when her mother turned her attention on Shaun, Rachel said she reluctantly went along.

"Shaun, we argued on a lot because I still think we could have put him in an assisted living, but she wanted him out," Rachel told McAmis. "Sarah was equally unneeded. We could have found some place else for her. She was very adamant on that Sarah was just a burden, that Sarah needed to be taken care of."

In a subsequent interrogation at the Green County Jail, Rachel told McAmis that she and her mother only took her sister Sarah to the hospital because she worried about the smell that would be left afterwards if she died.

"I didn't want another one to die in the house … because houses are nasty after somebody's died in it," Rachel told McAmis. "I get a lot of nightmares. After Shaun died, I moved into his room and it was awful, awful, awful in there. I kept feeling things in there. I just didn't want that again."

Rachel also said that her then-12-year-old sister was next after Sarah because "I know there's no way in hell I'd be able to take care of her. I can't take care of me, so how could I ever take care of her?" Rachel told the detective.

McAmis told "20/20" that "Rachel said that her mother was the only one that understood her. They could relate to each other … Rachel was the golden child, and it was just going to be those two."

Diane and Rachel Staudte were arrested and charged for the deaths of Mark and Shaun Staudte. Rachel, now 25, pleaded guilty to second-degree murder in May 2015 as part of a plea deal in exchange for testifying against her mother at her trial. She was sentenced in March 2016 to life in prison with the possibility of parole. 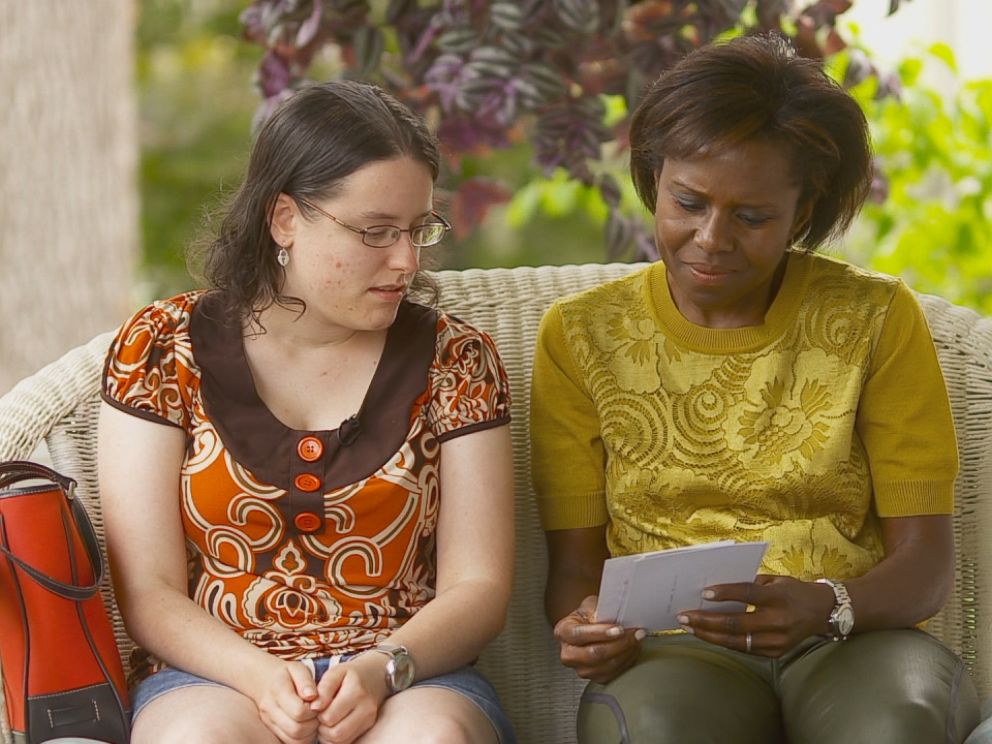 Sarah Staudte, now 26, survived the poisoning but is still recovering from the neurological damage. When she learned her mother and younger sister were responsible, Sarah said she couldn't believe it wasn't true.

In January 2016, Diane Staudte pleaded guilty to first-degree murder charges for Mark and Shaun's deaths and to assault charges for Sarah's poisoning. She took an Alford plea from Greene County prosecuting attorney Dan Patterson, acknowledging that there was substantial evidence to convict her but not admitting wrongdoing. Diane was sentenced to life in prison without parole.

"We consulted with the family members. Her willingness to plead guilty to life without the possibility of parole achieved the goals we really wanted: That she would die in prison," Patterson told "20/20."