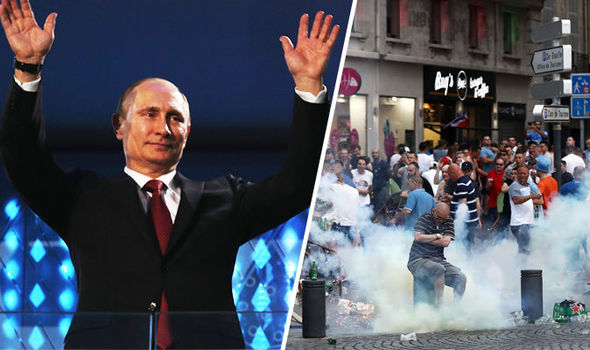 VLADIMIR Putin appeared to mock “several thousand” England fans as he joked that just 200 Russian followers were able to beat them up.

Violence marred the end of England’s draw with Russia last Saturday when Russian fans charged at the Three Lions supporters in the stadium.

Worried French police have said a dangerous group of around 150 “hyper-rapid and hyper-violent” Russian ultras arrived in Marseille just to cause damage.

Other sources have suggested that the number of Russian hooligans causing havoc at Euro 2016 could be closer to 200 or 300.

But despite the ugly scenes, which have already led to Russia receiving a suspended disqualification from the tournament, Putin is yet to condemn the violence. 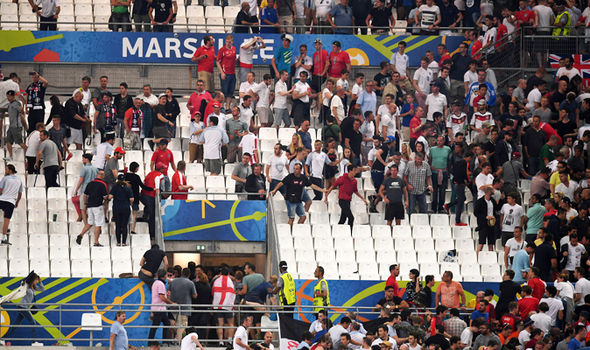 And now he appears to have taken his stance a step further by poking fun at England fans that were attacked by the Russians last weekend.

Speaking at the economic forum in St Petersburg, the Russian President said: “The fighting between Russian fans with the English, that is a disgrace.

“I don’t know how 200 Russian fans could beat several thousand of the British.”

The room reportedly responded to the powerful politician’s joke with approving laughter.

And although European football governing body Uefa is desperate for governments around the continent to take the violence seriously, Putin then set his sights on the organisation.

He added: “At the moment we see that there are many problems in sports. 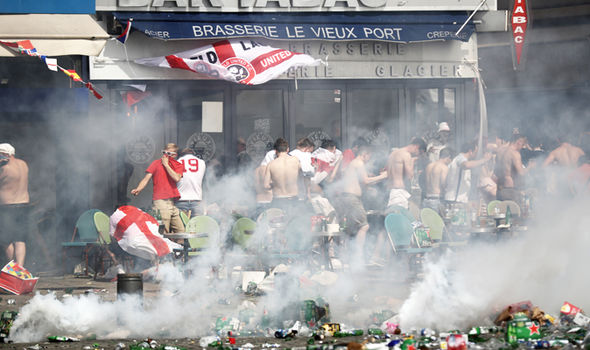 “The European football cup is taking place at the moment, but I believe that people are paying more attention to the fan fights.

“And I regret saying this. I regret seeing that people pay such importance to fan fights.

“I guess the responsibility for such acts should be as personalised as possible.

“And the way we treat the violators has to be the same. They have to all be equally treated.”