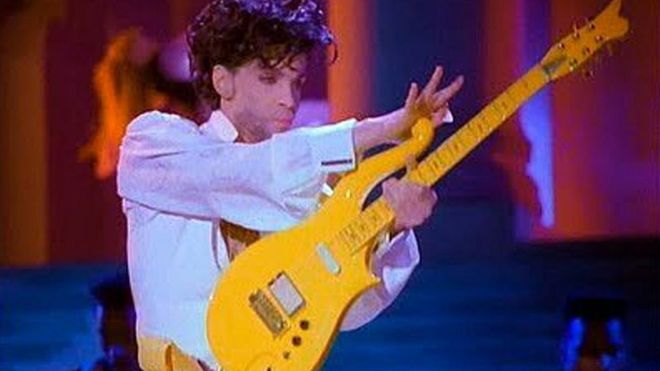 The Yellow Cloud guitar, said to be one of Prince's favourites, was bought for $137,500 by the owner of the American Football team Indianapolis Colts.

Bowie's hair, which sold for $18,750, came from a former employee of Madame Tussauds in London who had used it to recreate the music icon's 1983 hairdo.

Both stars died earlier this year. 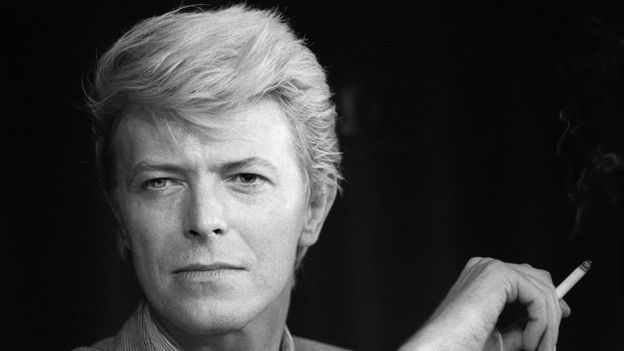 Prince died from an accidental overdose at his Minnesota home in April while Bowie died of cancer in January.

The Yellow Cloud guitar was built in the late 1980s by Knut-Koupee Enterprises of Minneapolis and used in numerous concerts until the mid-1990s.

Mr Irsay is a well known collector of musical instruments. He also has items once owned by stars including Bob Dylan, Jon Lennon and Jerry Garcia of the Grateful Dead.

Last December he was reported to have bought a drum kit played by Beatles drummer Ringo Starr for $2.1m. 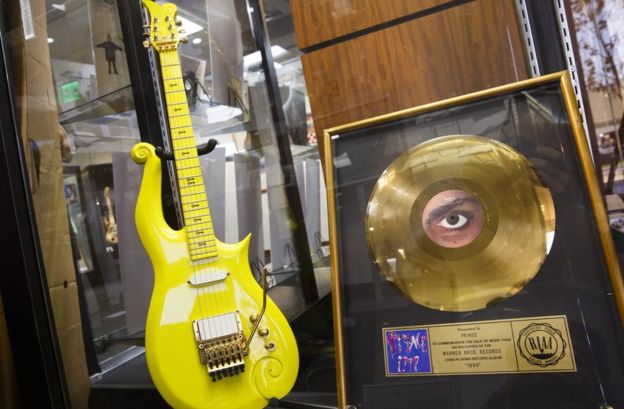