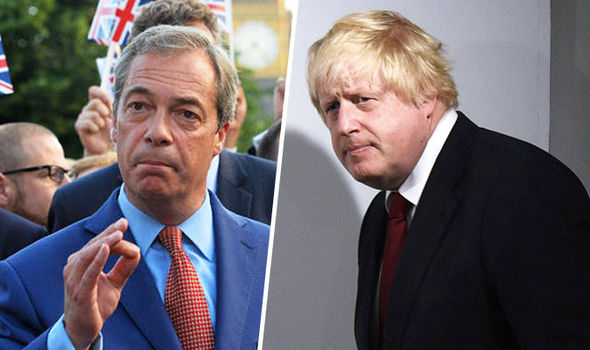 NIGEL Farage has warned that Tory members of the Leave campaign may be “backsliding” over immigration promises made during the run up to the referendum.

The Ukip leader said he was nervous that Boris Johnson's position on withdrawal from the EU may have softened in the four days since the referendum vote for Brexit.

Mr Farage has not met the former London mayor or fellow Brexit spearhead Michael Gove since Britain opted to ditch the EU. 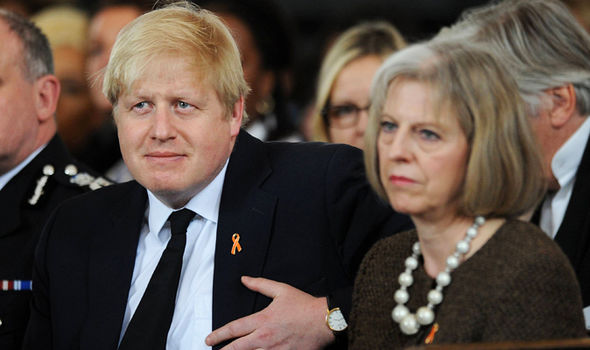 And he warned failure to deliver sharp cuts in levels of migration from the EU would amount to "selling out" the 17 million voters who voted Brexit, urging Tory leadership candidates to "hold faith" with the referendum result.

Mr Johnson yesterday stressed Britain "is part of Europe, and always will be", envisaging "intense and intensifying European co-operation and partnership" even after Brexit.

The former London mayor – who is tipped as most likely to succeed David Cameron – said the UK would be able to "take back democratic control of immigration policy” and impose a points-based system to suit its own business needs.

But he expects Britons to be able to work and settle in EU states and have access to the single market.

His comments came after leading Tory Brexit supporter Daniel Hannan came under fire for suggesting that the Leave campaign had never promised to reduce immigration, but only to control it.

Mr Farage said he was concerned that Mr Johnson's calls for delay in opening formal negotiations were a "smokescreen" for an intention to keep Britain within the EU's freedom of movement system.

The Ukip leader said: "I don't care who the next Conservative leader is, as long as it's someone who will hold faith with that referendum result. I think over the next week or two we will see the names coming forward and we will see precisely what they stand for.

"I think that Boris has a lot going for him in terms of public appeal, but perhaps some of the things he's been saying over the last 48 hours indicate there might be a slight softening of his position.” 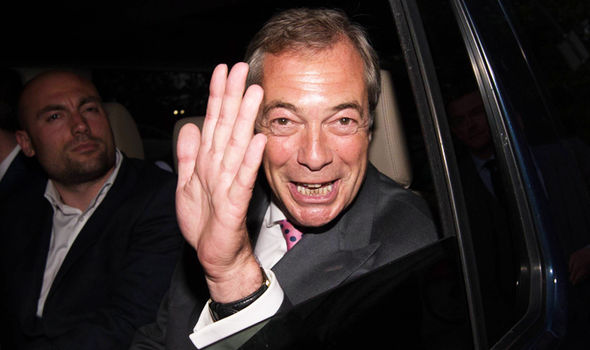 He told Channel 4 news: “(He says) that there's no rush, which can be fine but does he really want to deal with this free movement issue? I don't yet know the answer to that. I'm worried that that's being used as a smokescreen to do a different kind of deal with the EU that would keep us within free movement.

"I'm pretty cautious about some of the motives of those who are saying we should take our time. I'm nervous. I'm more nervous than I was on Friday morning. I'm beginning to hear noises, I'm beginning to detect there may be some backsliding and I don't find that acceptable."

Mr Farage also brushed off suggestions he may take a peerage in order to serve in the next Conservative government.

He said: "If I was to rejoin the Conservative Party and then they did not carry out the wishes of 17.5million people, I would have failed everybody."

He added: "We can control immigration. All we need is a Conservative Party government with the will to do it. And to hear somebody like Dan Hannan effectively selling out — or potentially selling out — already worries me greatly.

"We voted to take control of our country and its borders."