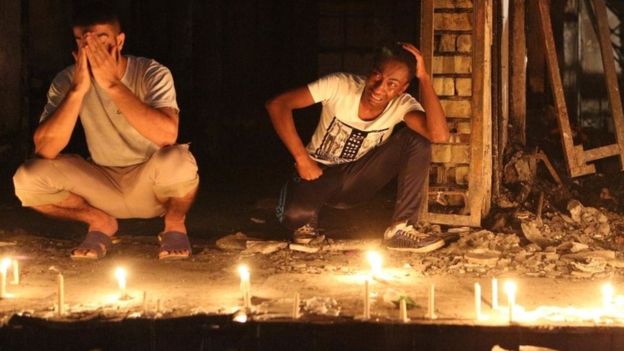 The number of people killed in Sunday's suicide bomb attack in the Iraqi capital, Baghdad, has risen to 165, interior ministry officials say.

The government has declared three days of mourning after the huge blast, which injured 225 others.

A lorry packed with explosives was detonated in the Karrada district while families were shopping for the holiday marking the end of Ramadan.

It is believed to be the deadliest single bomb attack in Iraq since 2007.

Rescuers said whole families had been killed. Many people were badly burned.

So-called Islamic State (IS) has said it carried out the suicide attack. 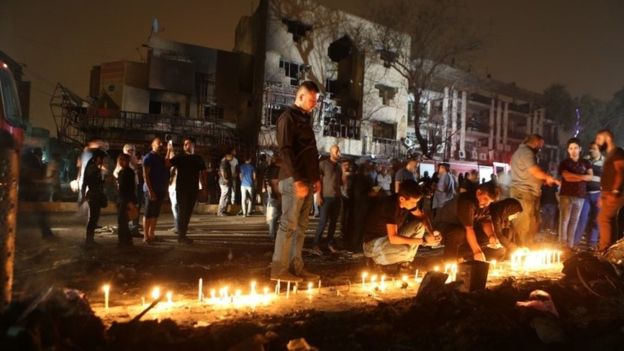 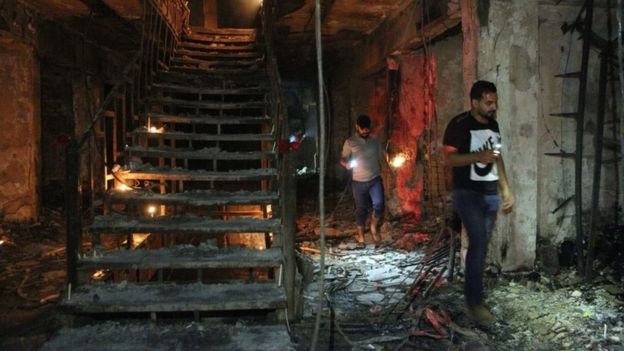 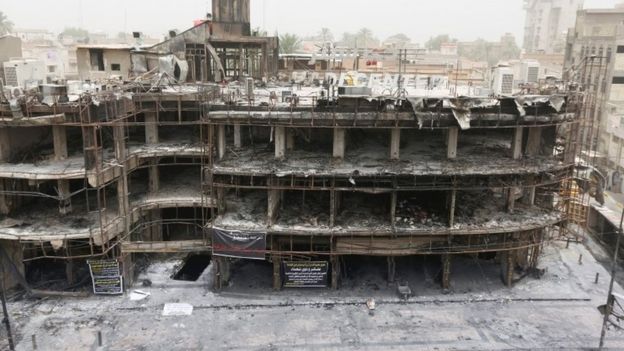 Prime Minister Haider al-Abadi was greeted by angry crowds when he visited the mainly Shia Muslim area in the hours after the bombing.

His office said Mr Abadi understood the reaction of residents and would increase security by banning "magic wand" fake bomb detectors and improving vehicle inspections at roads into the city.

The fake bomb detectors, some based on cheap devices for finding golf balls, were sold in large numbers to Iraq by fraudsters.

The UK banned their export to Iraq in 2010 and several other fraudsters received prison sentences. Despite warnings that the devices were useless, the Iraqi security forces continued to use them.

In a statement on the Karrada attack, the Iraqi justice ministry said (in Arabic) that a group of prisoners convicted of terrorist crimes would be put to death in the immediate future.

The bombing at around midnight on Saturday came a week after Iraqi forces recaptured the city of Falluja from IS.

Reports said a refrigerator van had been packed with explosives and left near the popular Hadi Center.

Footage from the minutes just after the blast showed the whole area engulfed in flames.

We need a number of days to be able to recover the bodies of victims. It is a difficult task," a member of the civil defence forces quoted by AFP news agency said.

A second bomb exploded shortly afterwards in another predominantly Shia area north of the capital, killing another five people.

IS, which follows its own extreme version of Sunni Islam, said in an online statement that the attack in Karrada was carried out by an Iraqi as part of "ongoing security operations".

The US said on Sunday that the attack strengthened its resolve to support Iraqi forces in their fight against IS.

UN Iraq envoy Jan Kubis said IS militants who had "suffered defeats at the battlefront are seeking to avenge their losses by targeting vulnerable civilians".