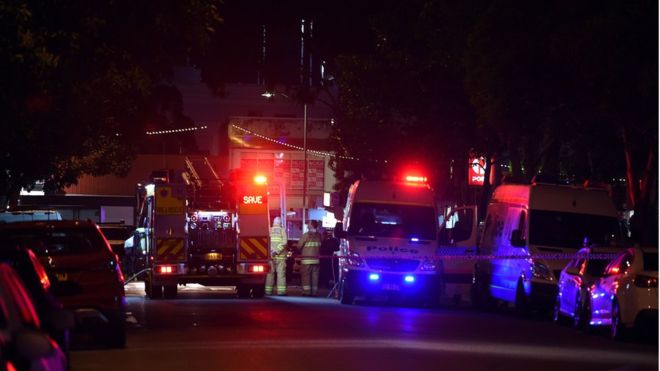 Police in Sydney have raided the home of a man who set his car on fire and rammed it into the gate of a police station car park.

Peter Zhurawel, a 61-year-old Czech national, is under guard in hospital with serious burns.

Australian authorities say the man has a history of mental health problems and ruled out links to terrorism.

Boxes of paperwork and two gas canisters were removed from his home in the Greystanes suburb of Sydney.

On Thursday, the suspect parked his outside Merrylands police station in Sydney's western suburbs just after 19:00 (09:00GMT). 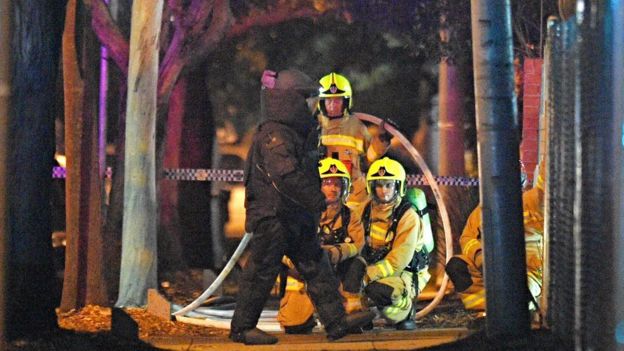 He then set the car alight and drove it into the police car park's security door. Officers eventually smashed a car window to pull the man from the burning car. No police officers or members of the public were injured in the incident.

Assistant Police Commissioner Denis Clifford praised the officers who pulled the suspect out saying: "It is a miracle that no one else was injured."

The damaged vehicle was impounded for forensic testing and the car park has been designated a crime scene.

Suspect was due in court

Court documents show Mr Zhurawel was due to appear in a local court on Friday morning over a violent dispute with a male relative. 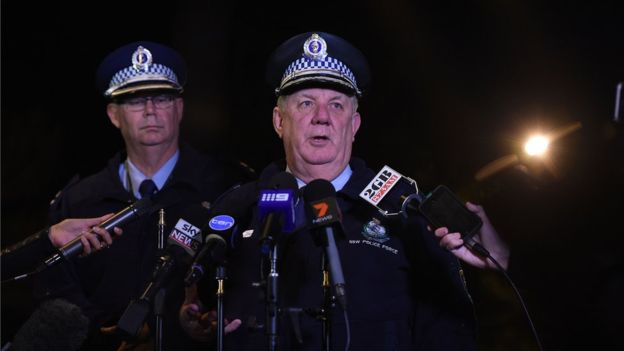 A neighbour, Julia Di Salvia, said that hours before the attack Zhurawel revealed he was overwhelmed by the looming court case.

"There is a big family dispute over who looks after his 90-year-old mother," she told The Daily Telegraph.

The attack comes after a history of threats against Merrylands Police Station. Police said that although they did not believe the suspect has links to terror groups they were "keeping an open mind". 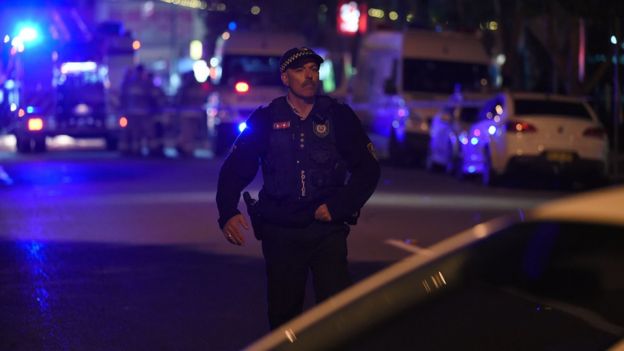 A student from the same high school attended by Farhad Jabar — the 15-year-old who shot dead police accountant Curtis Cheng — was charged in November after allegedly threatening to "shoot up" the Merrylands building.