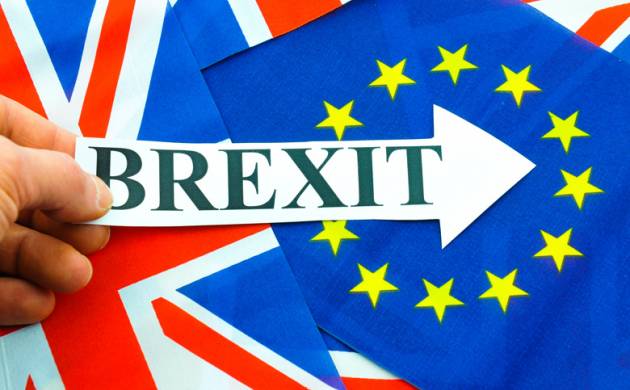 The UK's vote to leave the European Union heightens risks for the world economy, finance chiefs have said at the end of the G20 summit in China.

The outcome of last month's referendum "adds to the uncertainty" for the global economy, the group of the world's 20 largest economies said.

It urged the UK to remain "a close partner of the EU", amid concerns Brexit talks could be acrimonious.

Chancellor Philip Hammond said Brexit had come up "a great deal" at the G20.

"The reality is there will be a measure of uncertainty continuing right up to the conclusion of our negotiations with the EU," he told reporters.

Following the meeting in the Chinese city of Chengdu, the G20 group said it had the tools to cope with the potential economic and financial consequences from the referendum result.

Other factors complicating the world economy include geopolitical conflicts, terrorism and refugee flows, according to the G20.

The president of Germany's central bank, Jens Weidmann, said there were no signs yet that economic development in Europe had been affected by the UK's referendum on 23 June.

The G20 members agreed that despite the Brexit vote the global economy would improve in 2016 and 2017, Mr Weidmann said. 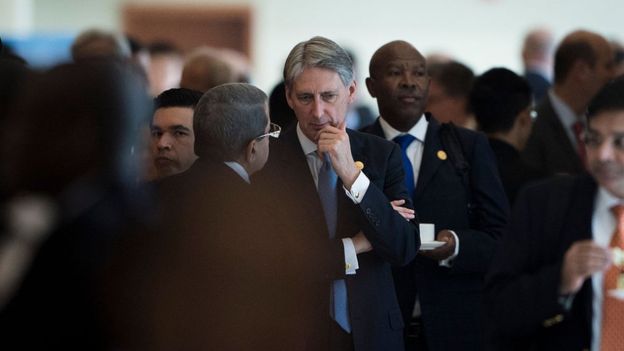 However, new figures on UK companies in the three months to the end of June have raised concerns about the health of the economy before the Brexit vote.

Sixty-six UK listed companies issued profit warnings in the second quarter, which was the most for that period since the financial crisis in 2008, according to accountants EY.

Alan Hudson, EY's head of restructuring in the UK and Ireland, said: "It's been a dizzyingly unpredictable time since the UK voted to leave the European Union.

"What we saw in the second quarter — and are still seeing now — is the initial impact of this uncertainty."

Analysts expect economic data on Wednesday to show the UK economy grew by about 0.5% in the second quarter compared with the previous three months. 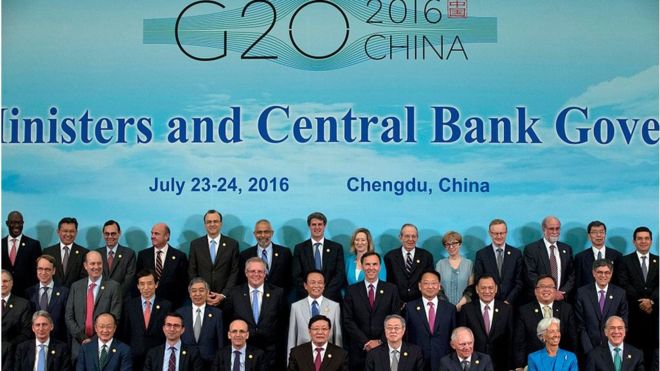 On Sunday IMF managing director Christine Lagarde said the G20 had taken place at a time of "political uncertainty from the Brexit vote and continued financial market volatility".

In a statement the G20 finance officials said the global economic recovery was continuing "but remains weaker than desirable".

The excess capacity of steel has had a negative impact on trade and workers and requires a collective response, they said.