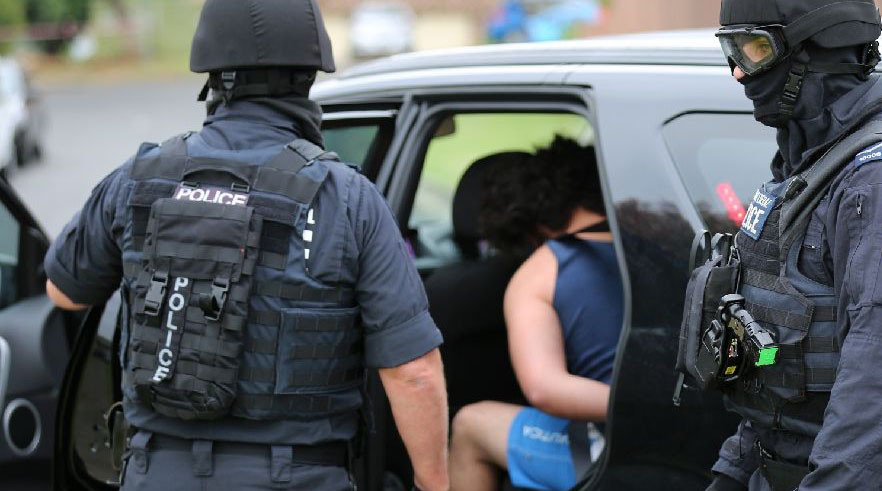 The Australian government has called on lawmakers to speed up the adoption of new legislation enabling courts to prolong the imprisonment of convicted terrorists indefinitely after they serve the terms they are sentenced to.
The new measure would only apply to very-high-risk offenders.

The fifth tranche of the counter-terrorism legislation is now going to be reintroduced to the Australian parliament. The new bill initiated by the ruling Coalition will also introduce a new regime of juvenile control for children as young as 14, and create a new offence of ‘advocacy of genocide’.

Following the recent terrorist attacks in Europe, Australian Prime Minister Malcolm Turnbull has urged state and territory leaders to promote indefinite imprisonment for those terrorist convicts who are likely to lapse into their old ways.

“There has been an increase in the frequency and the severity of terrorist attacks globally, and particularly in Western nations such as ours,” Turnbull acknowledged. “In the wake of Orlando, Nice and other terrorist incidents… we cannot for a moment be complacent.”

“They are people who would be assessed to pose a continuing and serious risk to community safety,” ABC News quotes federal Attorney-General George Brandis as saying.

The law already applies to certain sex offenders that in some states remain in custody even after having served their term, failing to provide conclusive evidence of reformation.

“I make no apology for the government taking the view that if a person, having served a sentence of imprisonment for a serious crime, shows every indication of a willingness to repeat that crime, to reoffend as soon as they are released, they should remain behind bars,” Brandis said, refusing to draw parallels with known convicts currently serving prison terms.

“I am not going to talk about individual cases for obvious reasons,” he said.

The senator explained the necessity of lowering the juvenile control age from 16 to 14, using the tragic example of a shooting last year in the western Sydney suburb of Parramatta.

“The age of criminal responsibility is below the age of 16 in all states and, therefore, we’ve decided to introduce as special regime of juvenile control orders for people between the ages of 14 to 17,” Brandis said.

The senator conceded that in some cases terrorists could be subject to control orders and instead of a staying in jail could be obliged to carry a tracking device, report to police on a regular basis and be banned from using the internet.

Australian authorities are well aware of the risk that keeping terrorist convicts behind bars once their prison terms have expired might provoke extremist sympathizers nationwide.

“These are all fine judgments that have to be taken into account but always subject to getting the right balance between two very, very important considerations — one is community safety and the other is the rights of the individual,” Brandis said.

At the same time, the president of the Law Council of Australia, Stuart Clark, warned the government against making snap decisions.

“The appropriate balance must be struck between ensuring national security on one hand and safeguarding the fundamental legal rights that are central to our democracy on the other,” Clark said.