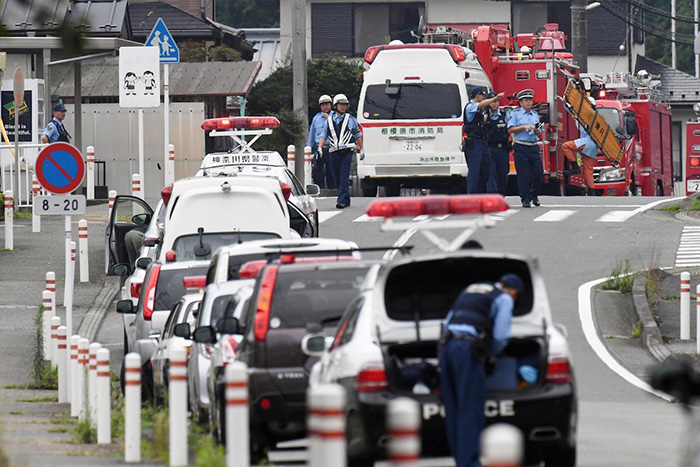 Nineteen residents have been killed in a knife attack at a care centre for people with mental disabilities in the Japanese city of Sagamihara.

Such attacks are extremely rare in Japan — the incident is the worst mass killing in decades.

Police have arrested a local man, said to be a former employee of the centre, who went to a nearby police station and allegedly admitted to the attack.

He reportedly said he wanted people with disabilities to "disappear".

The attack has shocked Japan, one of the safest countries in the world.

Chief Cabinet Secretary Yoshihide Suga said it was "a very heart-wrenching and shocking incident in which many innocent people became victims".

The suspect was named in local media as 26-year-old Satoshi Uematsu. 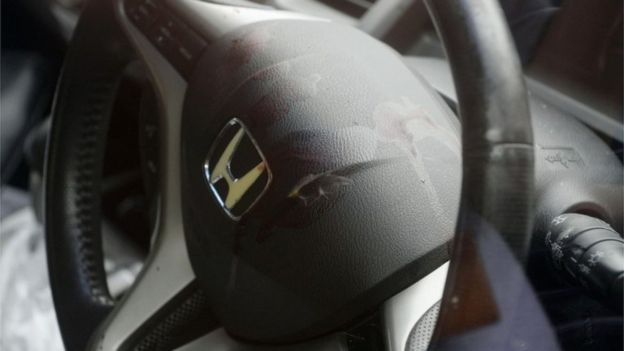 Local police have said he sent a handwritten letter to politicians in February in which he threatened to kill hundreds of disabled people. He was kept in hospital for almost two weeks before being released.

Staff at the Tsukui Yamayuri-en facility, in a suburban area of Kanagawa prefecture about 50km (31 miles) from Tokyo, called police at 02:30 local time (17:30 GMT) to report a man with a knife inside the building.

Local media reports say the suspect broke a window to get inside and then began stabbing people.

One local resident, Chikara Inabayashi 68, told AFP he had been woken by the sound of sirens at about 03:00.

"I was astonished, that's the only thing I can say.''

The facility, set in extensive grounds, had about 150 residents at the time of the attack, according to local officials. Eight staff members were on duty at the time. 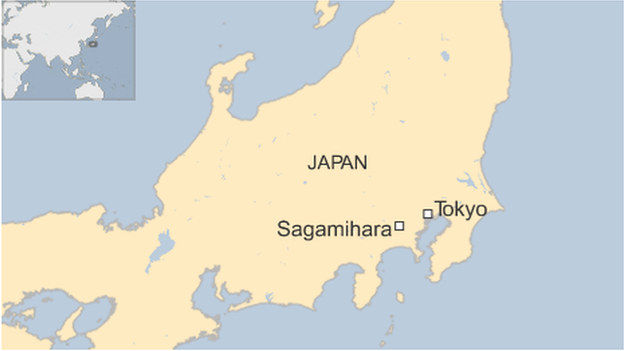 The victims were aged between 19 and 70, the Kyodo news agency, said citing the Sagamihara City Fire Department. Another 25 people were injured, 20 seriously. Both men and women were reported to be among the dead.

One doctor told NHK: "The patients are very shocked mentally, and they cannot speak now."

It appears that the attacker then left the facility himself, and drove to the Tsukui police station where he turned himself in.

Pictures have emerged of what is reported to be the steering wheel of his car, stained with blood.

"When Uematsu turned himself in, he was found carrying kitchen knives and other types of knives stained with blood," a Kanagawa official told reporters. 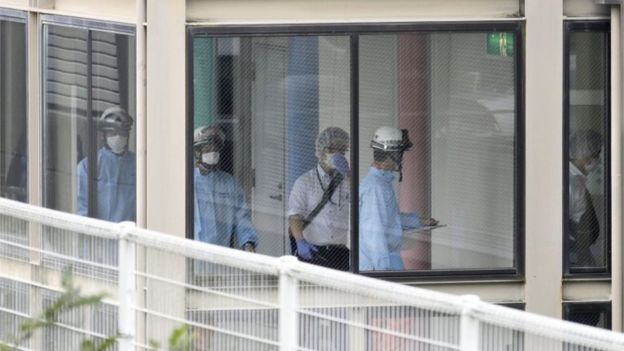 One woman who said she used to work at Tsukui Yamayuri-en told local media: "They are truly innocent people. What did they do?"

Officials have ruled out any link to terrorism.

Mass killings are extremely rare in Japan, in part because strict gun control laws means almost no-one has access to a firearm. 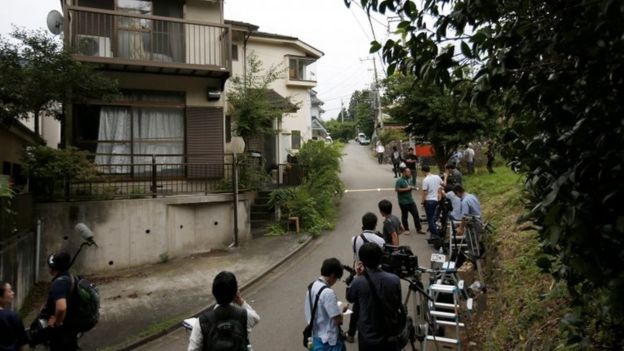 8 June 2008 — a man drove a truck into a packed shopping district at Akihabara in Tokyo, before climbing out and randomly stabbing people. Seven people died.

8 June 2001 — man with a history of mental illness stabbed eight children to death at an Osaka primary school in 2001.

20 March 1995 — 13 people die and thousands are made ill when members of a doomsday cult release sarin gas in the Tokyo subway.