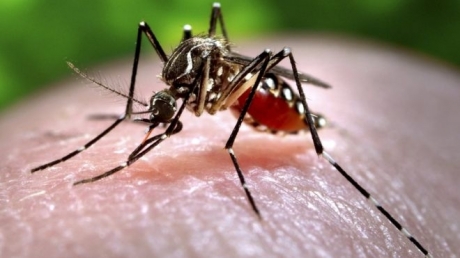 A woman in Spain infected with the Zika virus has given birth to a baby with the brain disease microcephaly, thought to be the first such birth in Europe.

Authorities revealed in May they had detected microcephaly in the foetus but the couple decided to keep the baby.

Felix Castillo, the neonatal chief at Barcelona's Vall d'Hebron hospital, said that the child's vital signs were "normal and stable".

The baby was born by caesarean section after 40 weeks of pregnancy.

Mr Castillo confirmed that the circumference of the child's head was "smaller than normal and that it has microcephaly".

He said the child was being constantly monitored, adding that the parents were "very excited" about the birth.

The case is believed to be the first in Europe. A pregnant woman in Slovenia who was found last month to have the Zika virus decided to have an abortion.

Spain has had 190 known cases of Zika infection to date, according to its health ministry. Of those, 189 were contracted abroad, one by sexual transmission.

Authorities say the mother caught the virus on a trip abroad but did not specify in which country. The virus is prevalent in Latin America, particularly Brazil.


How Zika can spread

Bites from mosquitoes that carry the virus

Maternal transmission from mother to baby in the womb

Zika virus has been found in other bodily fluids, including saliva and urine, but it is unknown whether it can spread through these routes

According to a report in the science journal Nature Microbiology, projections suggest about 93.4 million people will catch the virus, including roughly 1.65 million pregnant women.

Earlier this year, the World Health Organization declared the Zika virus a global public health emergency because of the risk to newborn children.

Although Zika infection is largely mild, with most people having no symptoms, it is known to cause microcephaly.

In severe cases, children can die and babies who survive can face intellectual disability and developmental delays.