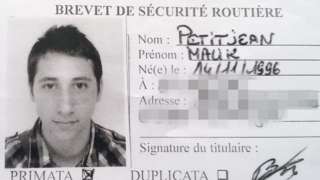 French prosecutors have identified the second man involved in the killing of a priest in a Normandy church on Tuesday as 19-year-old Abdel Malik Petitjean.

Like the other attacker, Adel Kermiche, he was known to the security services.

The teenagers were shot dead by police outside the church in Saint-Etienne-du-Rouvray where they had killed Father Jacques Hamel, 86, and taken hostages.
So-called Islamic State (IS) released a video of what it said were the two men pledging allegiance to the group.

"Following DNA tests, it emerged that the terrorist has been identified as Abdel Malik Nabil Petitjean," a source in the Paris prosecutor's office said. 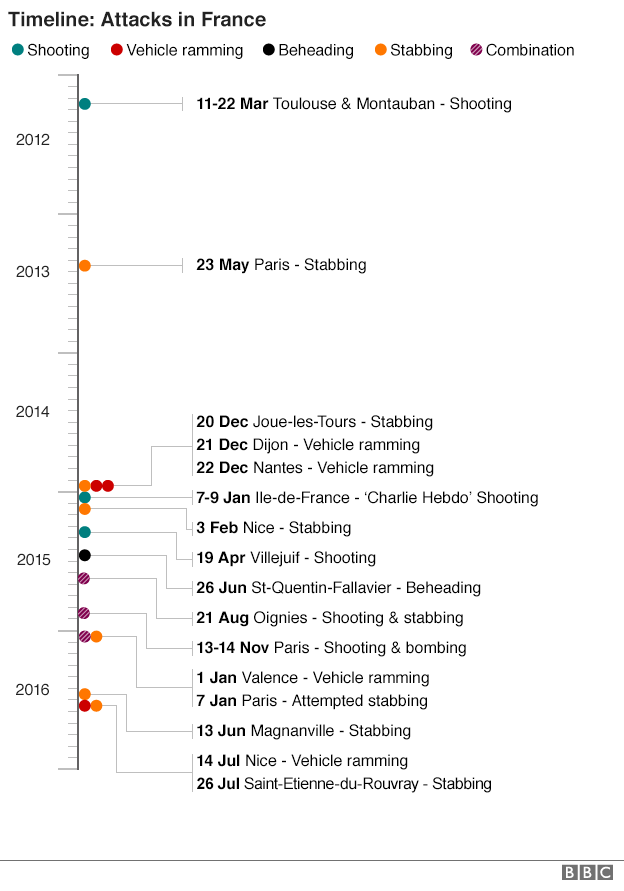 Petitjean, from a town in eastern France, had been on a watch list as a potential security threat since June after trying to enter Syria from Turkey.

He had been harder than Kermiche to identify because his body was badly disfigured in the police shooting, but officers found an ID card belonging to him in Kermiche's home and confirmed his identity in a DNA match with his mother.

After Petitjean was named, his mother, Yamina, denied he could have been the killer.
"I know my kid, he is kind. I did not produce a devil. He never talked about IS," she told BFM television.

French media have reported sources close to the investigation as saying anti-terrorism police had been searching for a man in the days before the attack who "strongly resembled" Petitjean, after receiving a tip-off from a foreign intelligence agency about an imminent attack.

A photograph of the man said to be planning the attack had been supplied but not his name.

Kermiche, also 19, was being monitored by police and was wearing a surveillance tag at the time of the attack.

He was arrested twice last year trying to reach Syria and was awaiting trial for alleged membership of a terrorist organisation.

The French government has faced strong criticism from political opponents over perceived security failings since the Bastille Day lorry attack in Nice two weeks ago in which more than 80 people died.

President Francois Hollande has said France will form a National Guard from reserve forces, in an attempt to prevent further attacks. 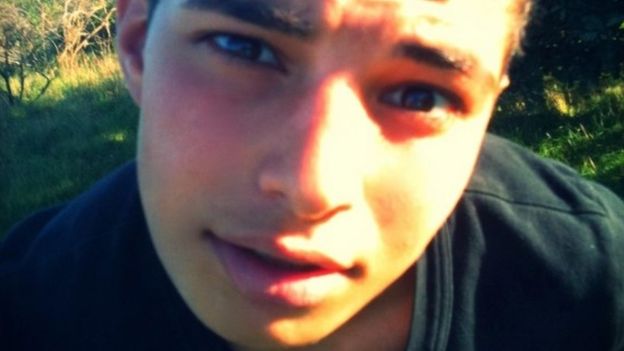 He has urged "patriots" to sign up to become reservists and has said parliamentary consultations on forming the Guard will take place in September "so this force can be created as fast as possible to protect the French".

The comments came two days after Kermiche and Petitjean stormed the church in Saint-Etienne-du-Rouvray, a suburb of Rouen, during morning Mass.

They slit the throat of the elderly priest before being killed by police.

One of four people taken hostage — said to be an elderly parishioner — suffered severe knife wounds.

Prosecutor Francois Molins said the attackers had been carrying a "fake explosive device covered in aluminium foil" along with hand-held weapons when they entered the Catholic church.

Timeline of attacks in France since 2012