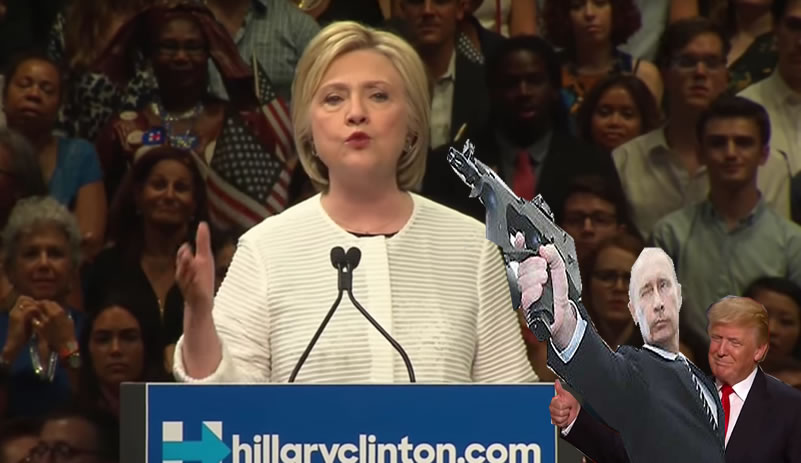 Trump last week called on the Russian dictator to hack Hillary's emails “Russia, if you are listening, I hope that you are able to find the 30,000 e-mails that are missing. I think that you will probably be rewarded mightily by our press. Let’s see if that happens,” which apparently according to the FBI has already happened as part of the great game that Putin is playing to help Trump become the next President of the United States.

The Democratic National Party (DNC) computers were hacked a month ago resulting in 19,252 emails with 8,034 attachments being released by Wikileaks this week that highly embarrassing showed how the DNC had engaged in a campaign to sabotage Bernie Sanders chances of becoming the Democratic nominee.

With the latest revelations that more Democratic party computer systems have been hacked including that of Hillary Clinton's team.

Obviously because Putin see's Trump as being in the best interests of his dictatorial regime and thus Russia's security services are engaged in an all out cyber war on Hillary and the Democratic party of which the recent leak of Hillary's emails is just the tip of ice-berg with many more leaks to come aimed at subverting the US Presidential election process.

Therefore whilst Hillary is clearly part and parcel of the US political establishment, the washington elite. Meanwhile Trump is increasingly looking like being Putin's Manchurian candidate. Not because Putin will pull Trumps strings, but that an analysis of Trump's character concludes that the actions he will take will result in a reduction of US influence in Europe and the Middle East as the US reduces the role it plays in the likes of NATO and thus strengthening Putin's hand to use his storm troopers to threaten the borders of more Eastern European nations with the aim of annexing more territory Ukraine style. Especially given BrExit that has weakened the European Union that Putin now seeks to capitalise upon further with a Trump Presidency, as both have praised each other on numerous occasions over the past year —

"It is always a great honor to be so nicely complimented by a man so highly respected within his own country and beyond, I have always felt that Russia and the United States should be able to work well with each other towards defeating terrorism and restoring world peace, not to mention trade and all of the other benefits derived from mutual respect."

It remains to be seen if we will see sight of any dirty dealings between Trump and Russian Oligarchs over the past 3 decades. At any rate a Trump Presidency would be expected to turn a blind eye to what Russia plans to do in Ukraine and Syria and the baltic states.

Whilst Hillary has compared Putin to Hitler on the Crimea annexation —

“The claims by President Putin and other Russians that they had to go into Crimea and maybe further into eastern Ukraine because they had to protect the Russian minorities, that is reminiscent of claims that were made back in the 1930s when Germany under the Nazis kept talking about how they had to protect German minorities in Poland and Czechoslovakia and elsewhere throughout Europe.” 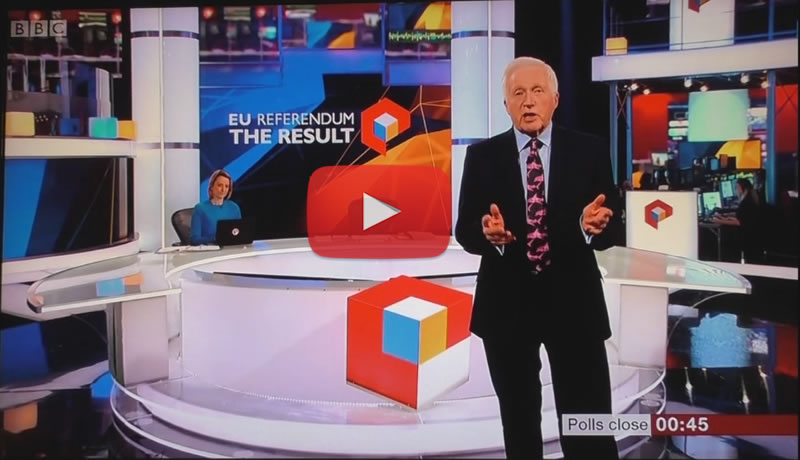 Hillary would represent a continuation of the Obama doctrine of attempting to contain an militarily aggressive Russia that includes engaging in thousands more Drone strikes across the world, many of which are against Russian interests.

Who will Win the US Presidential Election 2016?

Well the average of recent polls put Trump marginally ahead on 45.7% against 44.6% for Hillary. Whilst the bookies (betfair) give Hillary a 70% probability of a win against 30% for Trump. And political pundits such as Nate Silver's fivethirtyeight put Trump ahead on coin toss of 50.1% against Hillary on 49.9%. So its a very mixed marginal picture with only the bookies currently giving a clear implied outcome.

However as the UK EU referendum result illustrated that the pollsters, bookies, political pundits AND markets can ALL get election results very badly wrong —

So whilst it is a little too early for my concluding forecast for who I think is most probably likely to win. However do take note not to take ANYONE seriously i.e. either pollsters, pundits or bookies as it ain' t over until the fat lady votes!