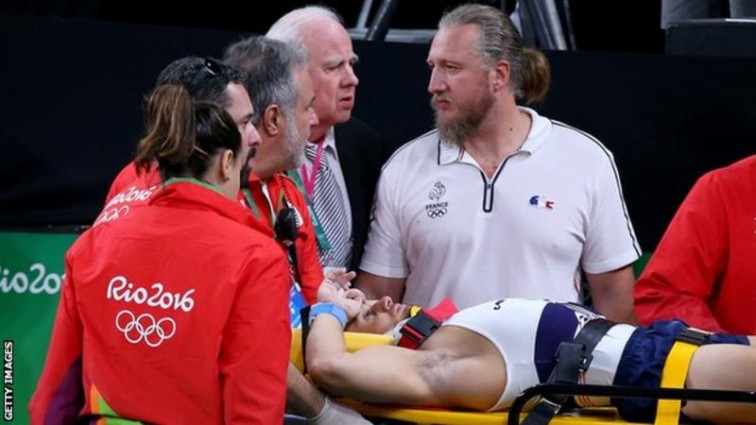 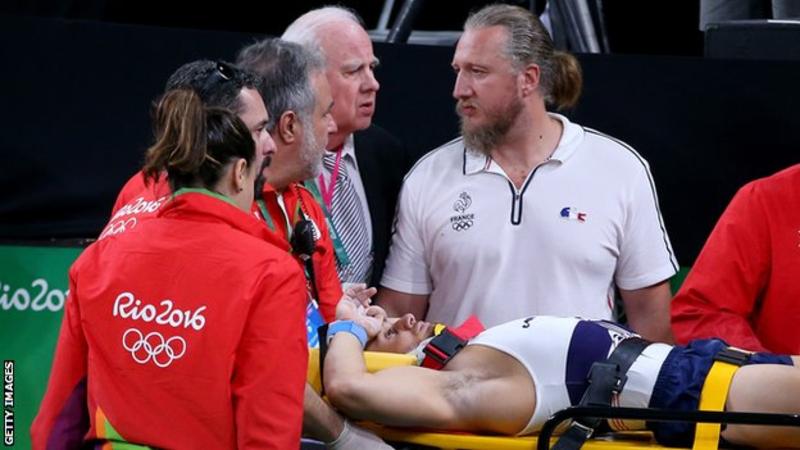 French gymnast Samir Ait Said suffered a horrific leg break while performing in the vault at the Rio Olympics.

The 26-year-old's left leg folded beneath him as he landed badly during the men's qualification event.

Said, who won gold on the rings at the 2013 European Championships, was taken off on a stretcher and acknowledged the crowd as he departed.

She added: "He is in the hospital with a doctor now. We will do more exams to see if it is just the bone.

"Even though we're on different teams we know each other and I've known Samir since I was 14. It really sucks, but we have a job to do."

Highlights footage and photos of the injury are too graphic to be shown on the BBC Sport website.