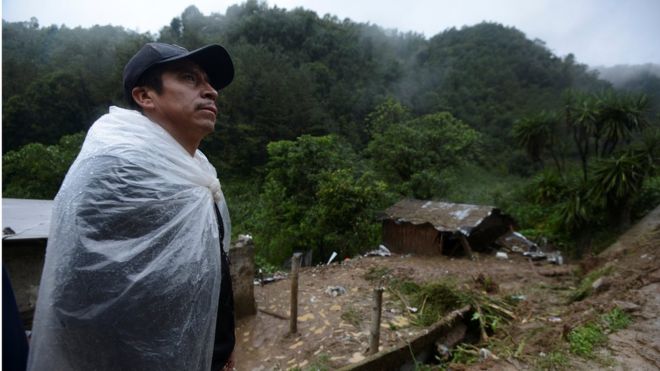 Six people died in eastern Mexico when their homes were buried under landslides caused by heavy rain in the aftermath of Tropical Storm Earl.

The dead included a married couple and their one-year-old son, officials said.

It happened on Saturday in Veracruz state, and there are warnings that rivers may flood in the neighbouring state of Puebla.

They were not Storm Earl's first victims. At least nine people died on Monday as it gathered in the Caribbean.

Six of the victims were passengers on board a bus that caught fire in the Dominican town of Nagua when it was hit by tumbling power lines.

Three people drowned in Haiti when their tour boat capsized. 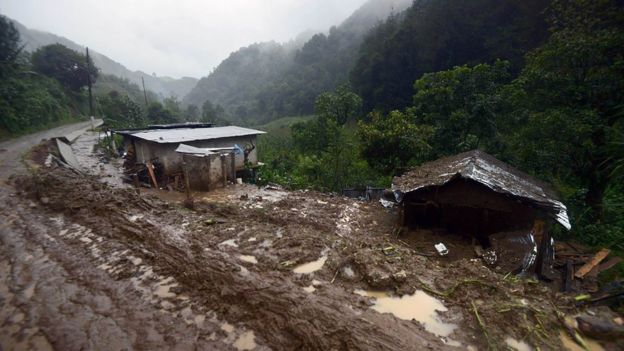 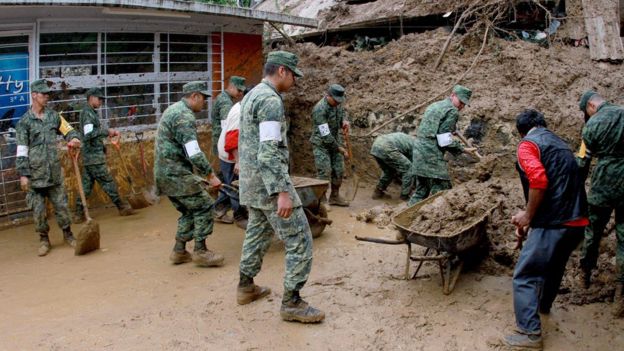 Earl moved westward and struck Belize as a Category One hurricane on Thursday.
The hurricane then weakened to a tropical storm and passed over Guatemala and parts of Mexico.

It has now been downgraded from a storm to a tropical depression and wind speeds dropped to 30mph (48km/h) by Saturday, but the effects of the large amounts of rainfall it unleashed are continuing.

Some villages in Mexico have been cut off as bridges have been torn up by swollen rivers.

The town of Coscomatepec, where the young family died, has been hit by a similar tragedy before. In 2013 a landslide took the lives of 13 people, including eight children and six members of one family.

Local media (in Spanish) reported that some families had predicted that there might be another landslide and asked the government for help relocating away from the base of hills and building defence walls.

The official response was reportedly that there was no money to re-house them.