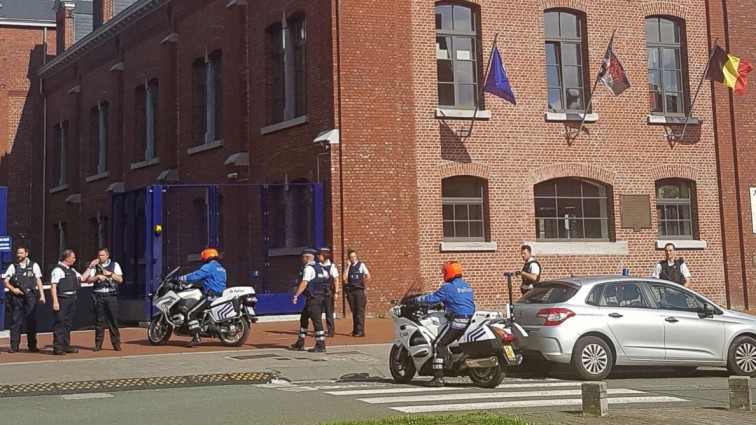 Two police officers in Belgium were wounded today by a machete-wielding attacker who shouted "Allah Akhbar" outside a police station, Belgian officials said.

Police said the two female officers were attacked outside the station in Charleroi, a city south of Brussels. The assailant yelled the Arabic phrase while launching the attack.

One of the officers was hit in the face with the machete blade and must undergo surgery for non-life threatening injuries. The other officer's injuries were minor, according to a Charleroi Police Department spokesman.

The assailant was shot and later confirmed dead by police.

"Two policewomen officers injured by machete in front of police office by someone shouting Allah Akhkbar. Individual was shot but is alive," a tweet posted by Charleroi police read in French.

Another tweet posted more than an hour later read in French: "The death of the attacker with a machete is confirmed. The two colleagues are out of danger. Thanks for the support."

Belgian officials said the local prosecutor in Charleroi and federal police are investigating the incident.