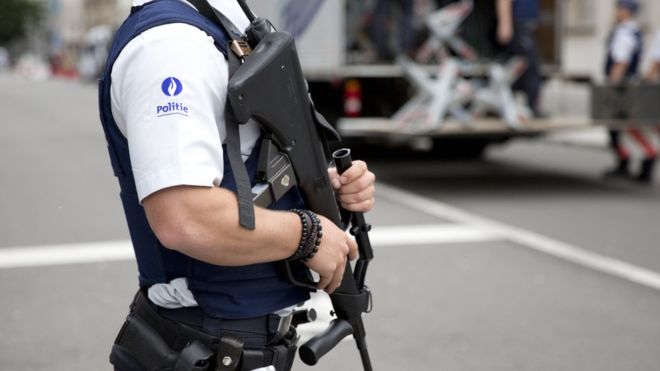 Belgian officials say a man who wounded two policewomen with a machete was a 33-year-old Algerian believed to have been inspired by terrorism.

An inquiry for "attempted terrorist murder" has been launched into Saturday's attack in Charleroi.

The man reportedly shouted "Allahu Akbar" ("God is greatest") during the assault outside a police station. He died after being shot by officers.

On Sunday the so-called Islamic State group called him one of its "soldiers".

Prosecutors said the man's initials were KB and he had lived in Belgium since 2012.

Charleroi was used as a base by some of the jihadists involved in the attacks on Paris in November 2015 and Brussels earlier this year.