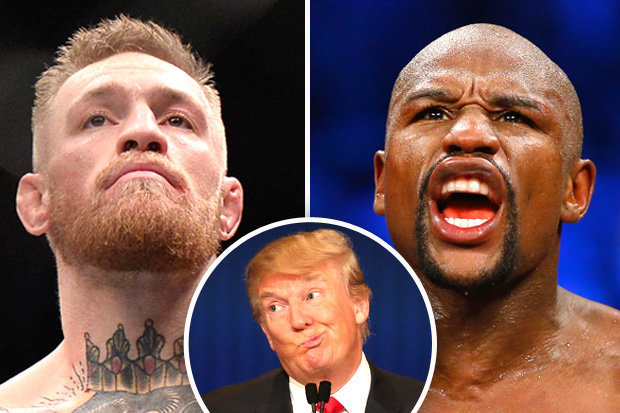 The billionaire tycoon’s son Donald Jr branded it a “great visit” and gushed about the undefeated five-division world champion, calling him “one of the best all time boxing legends”.

But the unlikely photo op put the 39-year-old on the other side of the ring to archenemy McGregor.

The Notorious was filmed shouting “f*** Donald Trump” in a club after his UFC 205 win last weekend.

Pretty Boy Floyd has made no secret of his dislike for the Irish MMA star.

The two were compared after 28-year-old McGregor added the lightweight championship belt to his featherweight one.

Had a great visit from @FloydMayweather today with @realdonaldtrump. One of the best all time boxing legends. pic.twitter.com/BFQbLMeHlH

In response, Mayweather said he was an “elephant” while McGregor was an “ant”.

Now the pair could come to blows over their political views.

It’s unclear why Mayweather visited Trump or if the multi-millionaire backs the new Commander in Chief. 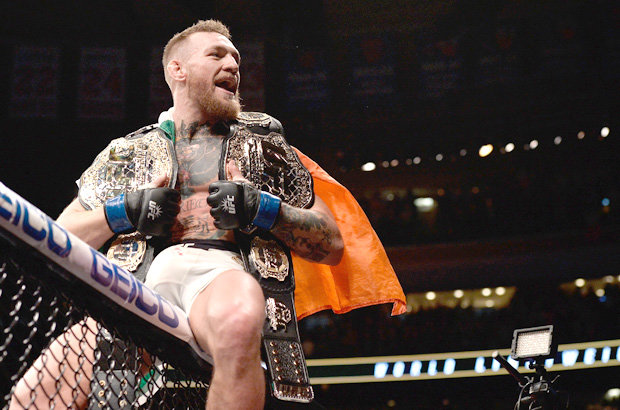