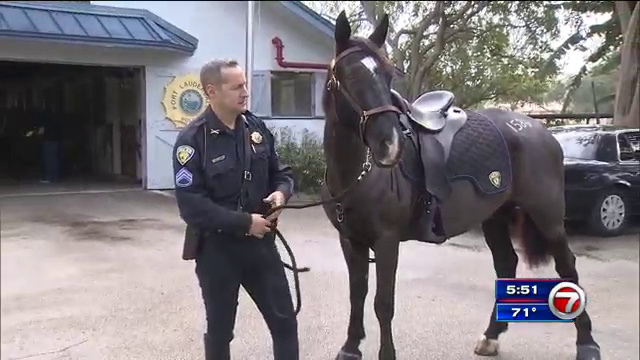 The unit invited the public to meet their newest member, Tuesday, at their barn along Sunrise Boulevard and North Federal Highway.

Seven-year-old Ford is part of a program aimed at training wild horses. Now, after months of coaching, he’s getting ready to represent his brothers in blue.

Fort Lauderdale Police Detective Kevin Dupree said the department welcomes their four-legged addition with open arms. “They are actually officers. One horse represents five, six officers,” he said. “These officers are amazing. The work they do, in terms of crowd control, in terms of responding to areas that officers just can’t get into, the horses can do it.”

Ford is now a permanent South Florida resident, after making his way across the country from California.