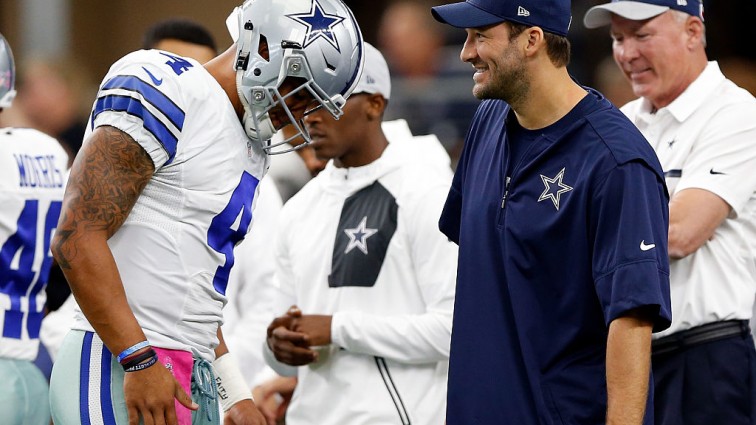 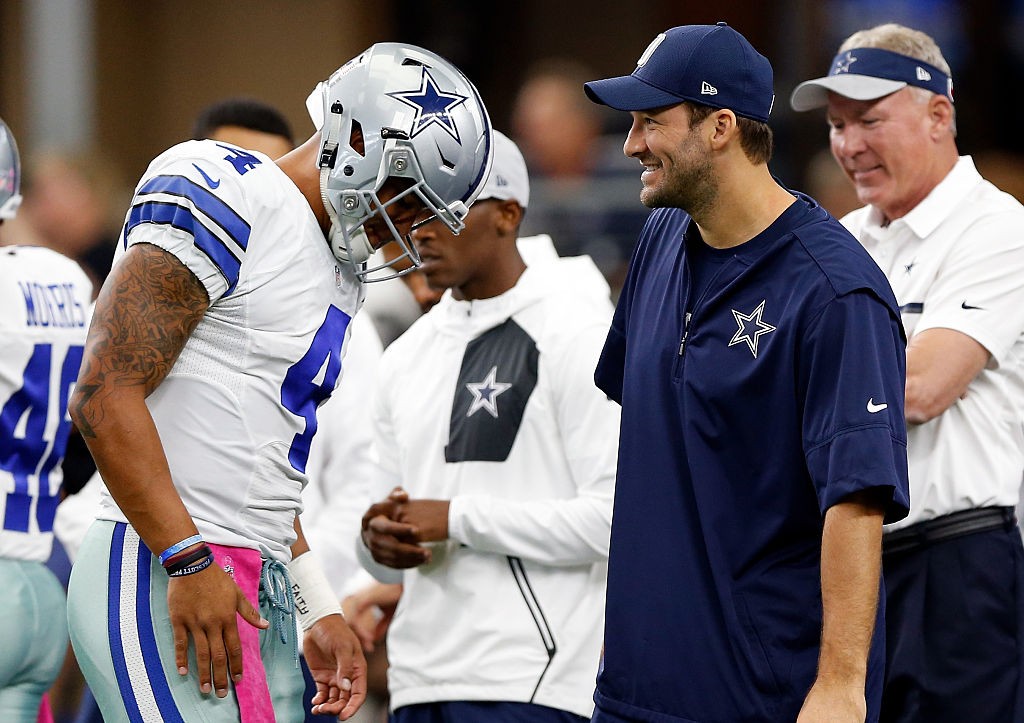 The future belongs to Dak Prescott. The question is: What does that mean for Tony Romo?

Prescott continued his fabulous rookie run Sunday, leading the Dallas Cowboys to a 35-30 victory over Pittsburgh and further staking his claim to remaining the starting quarterback even with Romo healthy enough to play. On Sunday, owner Jerry Jones spelled out the plan, which has been increasingly obvious with every win.

“We are going to let the decision make itself,” Jones said (via the Star Telegram’s Charean Williams). “Dak has got a hot hand and we are going to go with it. … It’s just going with the obvious. You are going with how the team is doing right now.” 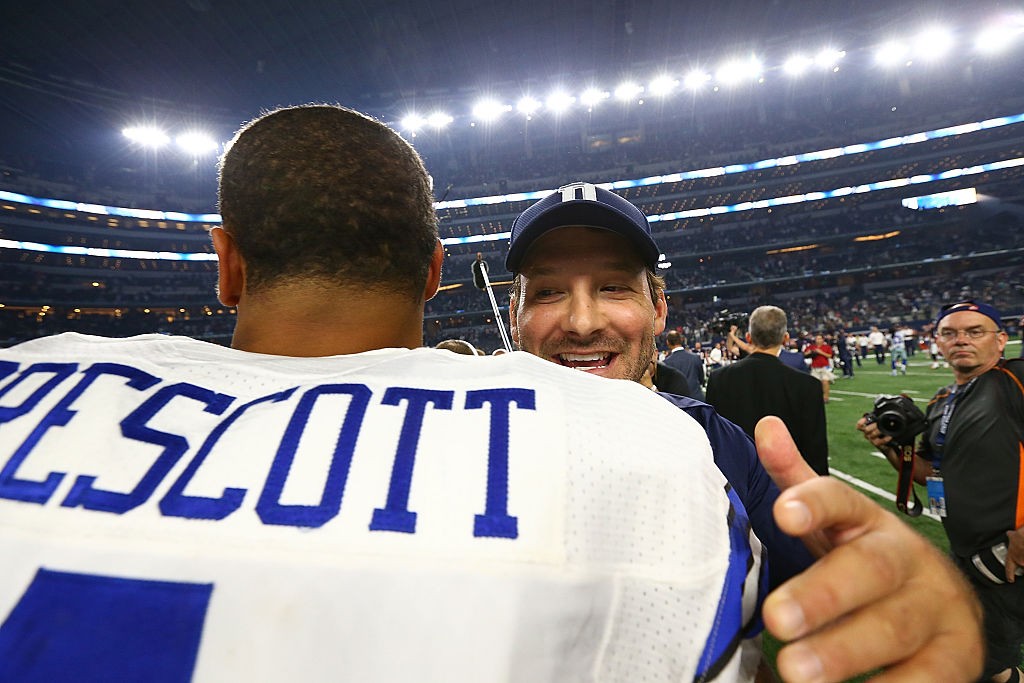 Romo, who fractured a vertebra in the third preseason game, is finally ready to play — and he will be the backup Sunday against the Baltimore Ravens. Jones was too giddy about the victory over the Steelers to complain about being asked the question for the umpteenth time.

“It must not be obvious because I get asked about it every time I open my mouth,” Jones joked. “It’s not hard. It’s not hard at all. Tony would make the same decision. That’s what you do.”

Jones said he didn’t think the situation would be awkward and reiterated that Romo, 36, understands the decision even if he hasn’t been a backup since 2006 (to Drew Bledsoe). “I don’t think it’s going to be awkward for anybody,” Jones said. “I’m just glad to have him out there. I want him out there in case he’s needed and ready to roll.”

Prescott has led the Cowboys to eight consecutive victories and is the Cowboys’ future at the position. Already there was speculation over the weekend about what that might mean in the long run for Romo. The healthier he gets, the more likely he is going to want to be a starting quarterback. If that can’t happen in Dallas, where might he end up?

On Sunday, ESPN’s Adam Schefter outlined three possible destinations: Chicago, New York with the Jets and Denver. Presumably the best landing spot would be in Denver, where, Peyton Manning proved in winning the Super Bowl, a stellar defense takes plenty of pressure off the quarterback.

In Chicago, the Jay Cutler era looks to be ending this season and Romo’s roots are in the area. The Jets are a team in search of stability (and talent) at quarterback, but neither team offers what the Broncos do.

The stumbling blocks may be Romo’s six-year, $108 million contract and injuries that have limited him to only four games since the start of the 2015 season, but these things have a way of working out if there’s a will.

For now, Jones has pronounced Romo ready — to be the No. 2 quarterback. And Romo declined to talk to reporters after the game, but he did direct his review of Prescott’s play to Stephen Jones, the team’s vice president, chief executive, player personnel director and son of Jerry. “That ain’t [expletive] easy and he’s the man.”

“Tony has earned his way. Dak is earning his way,” Jones said (via The Dallas Morning News). “We’re just going to sit here. To be able to [beat the Steelers] just obliterates any thought about any of the issues that you might have as to who is out on the field.”

And raises a whole other set of questions for another day.