The Undertaker Shocks The Wrestling World With His Smackdown Announcement 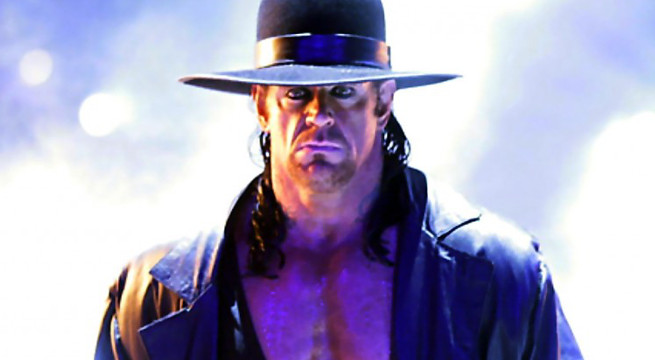 At the 900th episode of WWE Smackdown, the Phenom himself, The Undertaker rose to make his presence felt once again to the WWE Universe.

After taking on Shane McMahon at WrestleMania 32, Taker has been absent from the WWE and only making an odd public appearance at a Cavaliers game. The WWE has been anticipating the Dead Man's return and what he has in store for WrestleMania 33.

He did not disappoint.

The Undertaker approached Shane after entered the ring, took the mic and praised his WrestleMania opponent.

"Now, I'm here tonight for two reasons. One, WrestleMania will longer define who I am. I am back taking souls and digging holes!"

He then turned his attention to this Sunday for Survivor Series and talked about his legacy on Smackdown. "Survivor Series was where the Undertaker was born, and Smackdown has always been my home."

"At this year's Survivor Series there's no reason to fear failure," he continued. "But if you fail, you will have reason to fear the Dead Man. Team Raw better rest…in…peace!"

So what does this mean exactly? Well, it sounds like a return to at least a part-time status instead of the once a year gig at WrestleMania. It absolutely sounds like the Undertaker will make an appearance in some way this Sunday, but in what capacity?

Looks like we'll all have to find out at Survivor Series to see the Dead Man's true intentions for the WWE.