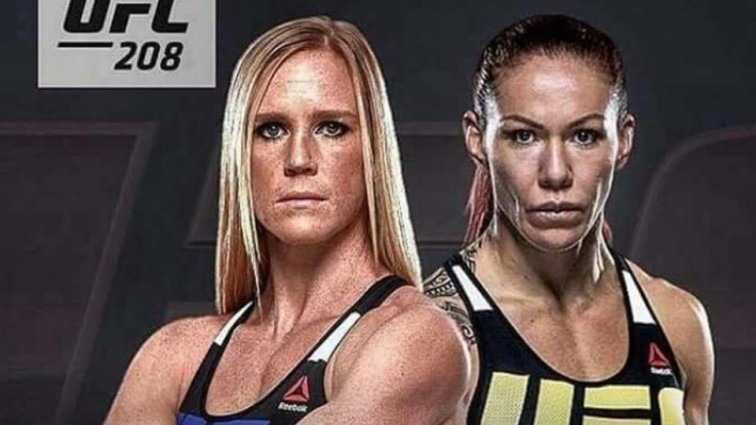 The UFC have already had to make some major decisions for some big events in 2017, with one significant cancellation already confirmed.

UFC 208 was originally scheduled to take place on January 21.

However, with no title fights available for the card, they’ve decided to move the Anaheim event to August.

The big news for Cris ‘Cyborg’ Justino this week has been that she’s threatening to leave the UFC if they don’t form a featherweight division, as she’s had to cut weight to compete at a catch weight of 140lbs in both of her dominant TKO victories in the organisation.

It’s understandable why the current Invicta FC featherweight champion doesn’t want to cut weight again, as she’s shared the brutal process with her fans, and it’s not a pretty sight as she seemingly heads into the fights at a slight disadvantage.

It seems as if UFC 208 could be set to feature its first blockbuster fight, with wmmarankings.com reporting that Cyborg is rumoured to take on Ronda Rousey’s sole conqueror so far, Holly Holm.

Holm has been on a bit of downward spiral since dethroning Rousey last year.

She surrendered her title in her first defence against Miesha Tate, and then lost to Valentina Shevchenko.

Regardless of those losses, she’s still one of the most talented and dangerous fighters around, and would surely jump at the chance to become the first star to inflict a loss on Cyborg in over a decade.

With Cyborg ranked No.1 in multiple outlets women’s pound for pound rankings, it would surely be the perfect fight to make if the UFC does decide to open a featherweight division, and keep a massive name like Cyborg on the roster.

She’s also revealed that she doesn’t expect to have the super fight with Rousey, something the world wants to see.

Perhaps fighting the woman that beat her bitter rival isn’t the worst of substitutes.

Seeing rumor about a Holly Holm vs Cris Cyborg fight at UFC 208 on Twitter.