Amanda Nunes on Ronda Rousey: ‘That’s it for her, she’s going to retire’ 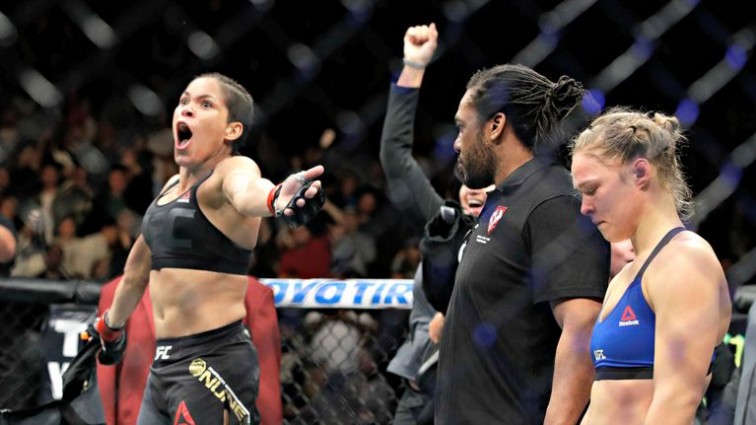 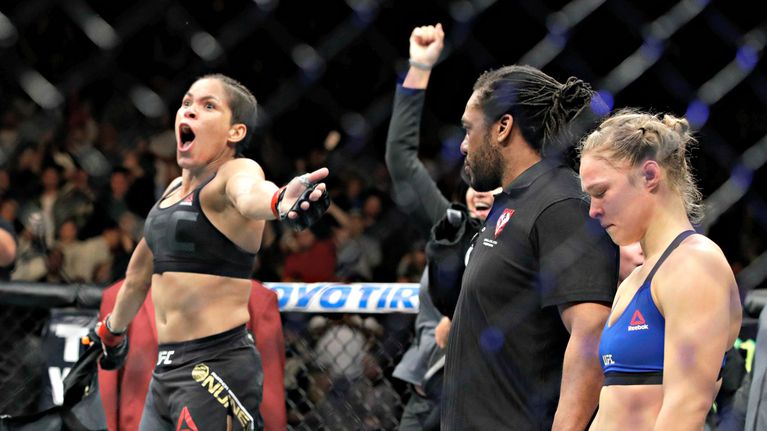 LAS VEGAS — Amanda Nunes dished out a savage beating to Ronda Rousey at UFC 207 and the bantamweight champion now believes that loss will signify the end of her career.

There were already questions about Rousey’s future after she said prior to the fight that her bout with Nunes was one of the last times she would enter the Octagon.

Now following a second straight loss — and a second consecutive knockout — it’s tough to imagine Rousey returning for another fight.

Nunes says Rousey shouldn’t put herself through that again, especially if her long term plans involve a rematch because it would end in the exact same way.

“Yeah, that’s it for her. For sure she’s going to retire,” Nunes told FOX Sports at the post fight press conference. “She can’t take anymore.

“If she want the rematch, I’m going to do the same thing. Because she can’t take my punches.”

Nunes did share a moment with Rousey in the Octagon after her 48-second TKO, which served as the first defense of her women’s bantamweight title after winning the belt back in July at UFC 200.

While Nunes certainly pays credit to Rousey for helping to launch women’s mixed martial arts in the UFC, she says her time has passed and there’s no reason former Olympian should be taking the kind of punishment she did on Friday night.

“I talked to her like you did a lot for this sport, thank you so much, but now you can take time, rest and then maybe do something else,” Nunes said.  “You don’t need to keep doing that. For what? She’s a millionaire already, why does she want to keep doing that? Keep hurting herself?

“Because I’m going to be the champion forever and she have to retire. Because she’s never going to get that anymore.”

Rousey left the Octagon immediately after the fight and failed to appear at the post fight press conference so there’s no word on her future plans as of now. 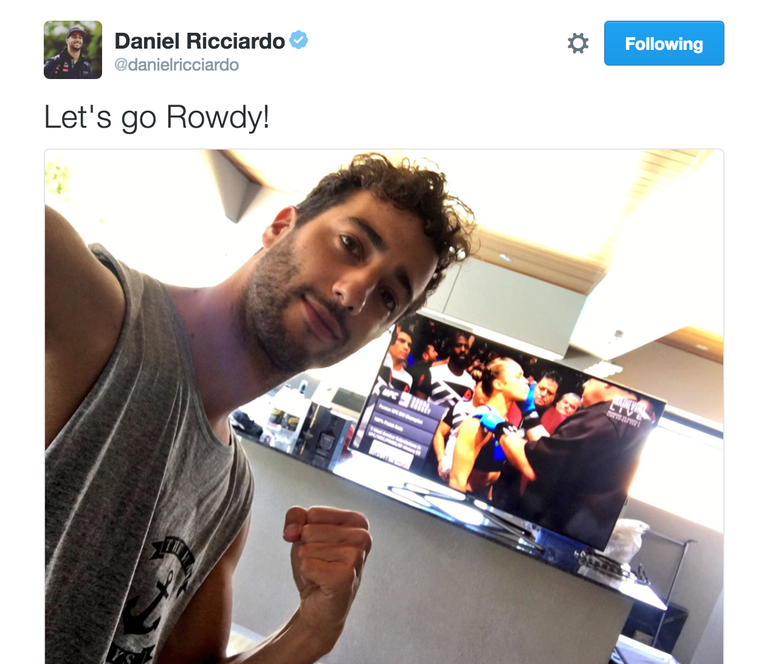