How to cure a hangover: Tips to get rid of a hangover fast 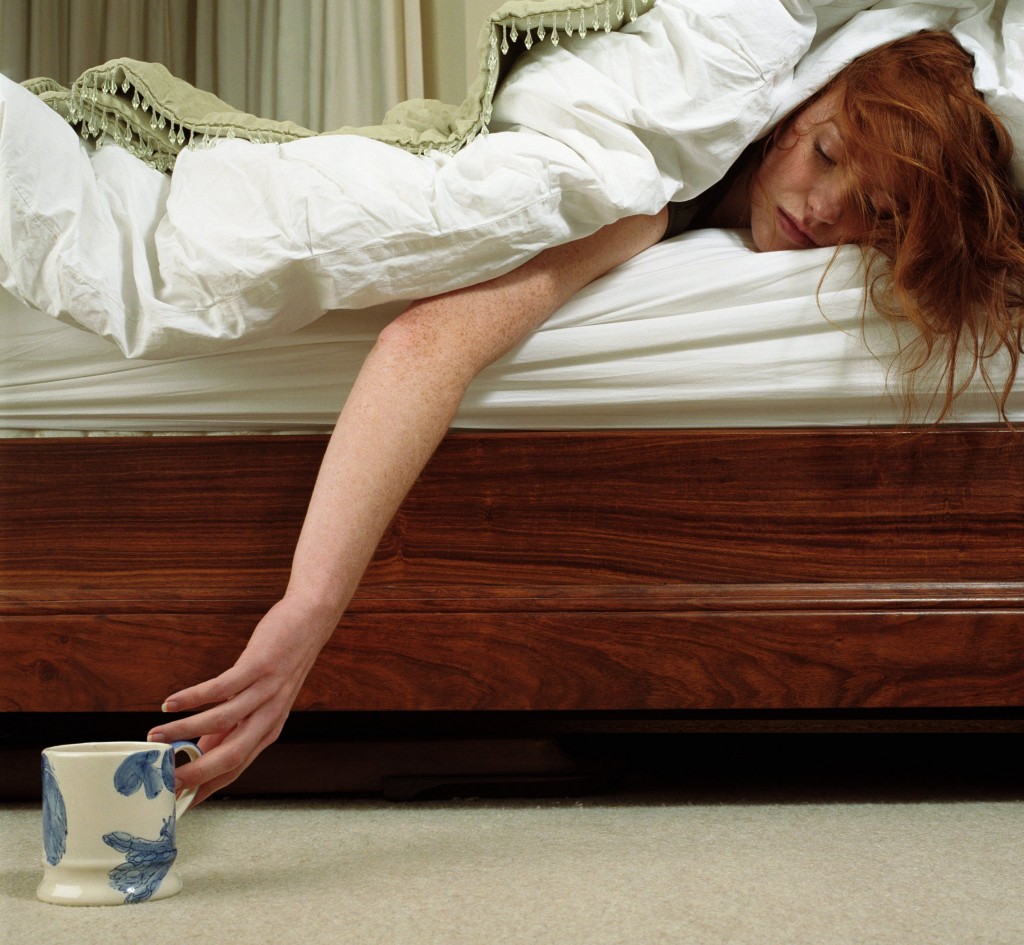 You partied way too hard last night (because YOLO) but now you’re filled with regret and self-pity.

Let this dachshund eating a banana wipe away your New Year hangover
Don’t worry we get it – and want to help.

Though we can’t promise a miracle, there’s a few things you can do that may help heal your hangover anguish.
AVOID ALCOHOL

You may wake up feeling like you could still have another drink, but stay away from alcohol at least for a few hours.

Though alcohol may temporarily help your symptoms, it could do a lot more damage in the long run as it is toxic.

After a heavy night out, your body is no doubt dehydrated so it’s important you replace the fluids you’ve lost.

This is how much of your life you’ll spend hungover and it’s pretty depressing
Water is the ideal drink but juice and energy drinks also help. Milk also helps to replace the calcium you’ve lost, while ginger tea (or even just ginger on its own) can help with nausea.

If you’re in a really bad way, you can also take a Dioralyte sachet, usually used to treat diarrhoea, which will help restore depleted salts and minerals.
EAT

There’s a reason why your friends are already on their way to KFC or McDonald’s. Though there’s no scientific evidence proving that a hearty breakfast will help ease a hangover, it really does.

‘Hungover’ weatherman struggles the morning after BBC Christmas party
So when you wake up, try to get some bacon, eggs and toast in your system (basically anything greasy) as it’ll help replace fatty acids and break down the alcohol in your liver.

Especially eggs as they contain taurine, which has reportedly been shown to reverse liver damage caused by alcohol.

If you’re feeling a bit too delicate to face a massive fry-up, try eating some wholemeal toast or crackers, which should give you a boost without upsetting your fragile belly.
ALKA-SELTZER

How to cure a hangover

Basically baking soda, this famous fizzy medicine has been used to treat hangovers for decades.

You may not be able to stand the smell of coffee first thing in the morning (or afternoon in this case) but if you’re a regular coffee drinker, it’s worth having a small amount so you’re not risking having a caffeine-withdrawal headache on top of your hangover.

Don’t over do it though as a large amount can cause your body to lose water quickly and also make you break out in sweats.
PAINKILLERS

Aspirin helps relieve a headache, but it can also make you feel more sick if you’ve got a sensitive stomach.

In the ideal situation, it’s always best to take an ibuprofen with a glass of water before you go to sleep.

Monty the cat who ate a boozy fruit cake. See National copy NNDRUNK: A cat is recovering after breaking into his ownerís Christmas hamper and devouring half a boozy fruit cake. Emma Faunch returned home to find a very poorly Monty, who had been sick on the hallway rug after devouring the rich cake full of sherry-soaked sultanas, nuts, cherries and brandy. The 42-year-old had only received the Christmas hamper gift containing the homemade fruit cake and other items the day before and had left it on the kitchen table at her home in Hammersmith, west London, while she went out.
Hungover cat left a bit worse for wear after getting hammered on Christmas brandy
DISTRACT YOURSELF
Read a book, watch a movie, go for a gentle walk, have a shower – distract yourself with anything that will make you forget the utter pain you’re in.
Yes, it may be a struggle to get dressed or even get out of your bed but you’ll feel a lot better knowing you’ve managed to achieve something at such a difficult time.
MOST IMPORTANTLY..REST

If you had big plans for today, CANCEL. If you’re already feeling shitty, going out is only going to make you feel worse. Resting is so important when you’re hungover. Trust me, your body will thank you.

And if you’ve managed to make it to the end of this piece, thank you. We know how difficult that must have been to read.
Good luck.