Who Is Edmond Tarverdyan & Why Do People Keep Paying Him? 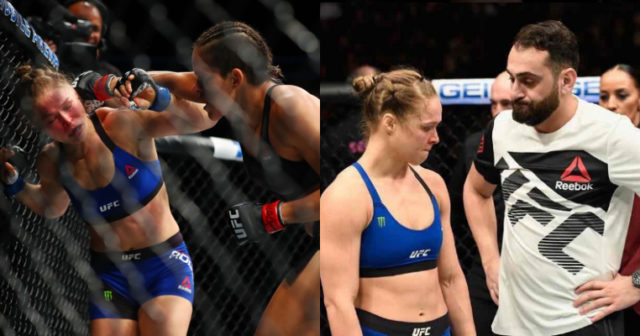 Following the main event finish at UFC 207, many questions have again been raised about Ronda Rousey. Primarily, the big question is regarding her future in the sport. As that remains to be seen, another very pertinent point has been debated. Similar to the aftermath of UFC 193, Edmond Tarverdyan has been a hot topic on the forums.

Just exactly who is Coach Edmond? As inflammatory as the title questions sounds, we’ll simply attempt to look in to exactly who the infamous coach is. Is he really a shyster, or are we all mistaken, thus the reason people keep paying him to coach them? 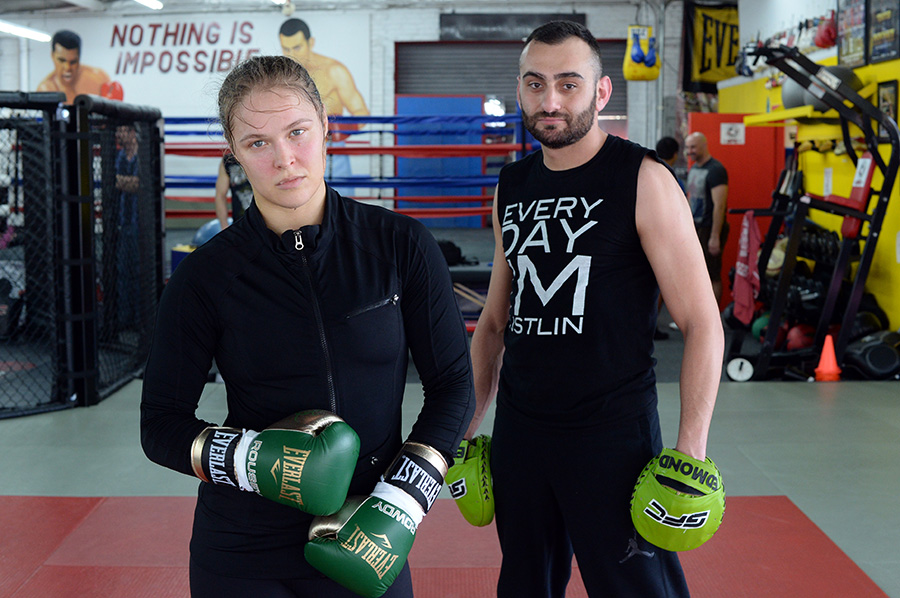 Firstly, let’s take a look at when Ronda Rousey made her transition to pro MMA. Cast your minds back to April 2011, when Rousey was just one fight in to her illustrious career.

Standing in front of a mural showing Muhammad Ali and Edmond Tarverdyan and the slogan ‘Nothing Is Impossible,’ this is the oldest known footage of Tarverdyan training striking with Rousey.

Later in the article we’ll discuss the topic of Edmond’s Muay Thai belt, for now check out the footage:

Still an accomplishment no doubt, and Tarverdyan defeated Yelle for the USA belt. Possibly because of the short notice nature of the fight, Tarverdyan was handed the international belt in victory. Tarverdyan was listed on the official WBC website and in the national rankings as the USA champion. Writing on his own this website Tarverdyan promoted himself as the WBC international champion, claiming a 59-6 record in combat sports.

Here’s where the experience part becomes blurred. On his official website Edmond lists himself as the WBC international champion. In the same year his USA title fight took place, Tarverdyan told LS Magazine he had over 300 fights with a 90% win ratio.

Tarveryan’s Armenian wikipedia page (he doesn’t have a US-based page) claims he is “currently the WBC Muay Thai International Welterweight Champion.” The page features no other information about Tarverdyan.

During January of 2016, we learned that the California Athletic Commission had revoked Edmond Tarverdyan’s corner license. In applying for his ‘seconds’ license in Boston, Tarverdyan had fraudulently filled in his application, neglecting to disclose his criminal history. What criminal history you ask?

Two counts of felony identity theft and resisting arrest in 2010 (see below). Once the MMA commission found he’d cornered Travis Browne under falsified information this past January, they contacted the California commission and thus he was served a $5K fine and his licencse was suspended for three months.

Tarverdyan, 34, was arrested in December 2010 on two counts of felony identity theft and one count of misdemeanor resisting arrest, according to public records. The identity theft counts were bumped down to misdemeanors and Tarverdyan ended up pleading no contest to the three charges.

In 2011, the coach was sentenced to one day in jail (with a credit of one day), three years of probation and 30 days of community service, according to court documents. He was also fined $610.

Then came the bankruptcy claim made by Edmond… 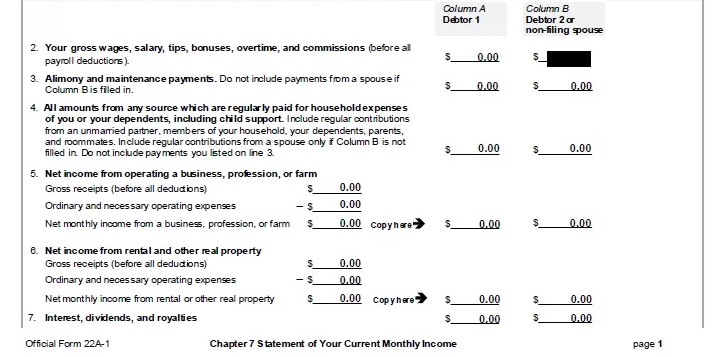 Before Rousey’s pivotal title fight against Holly Holm in November 2015, Edmond Tarverdyan’s claim for bankruptcy was announced. Owing banks and creditors across the country $700K, Tarverdyan claimed he was not the owner of Glendale Fighting Club, and owned just $3K in assets.

In the same breath coach Edmond claimed he had no recent income, although he was coach of the reigning women’s bantamweight champion, and the highest earning female fighter ever. Interestingly, Edmond also claimed, on an official court form in his bankruptcy case that he hadn’t filled in tax returns for all of 2013-14. Adding to this, Tarverdyan didn’t remember when he’d last filed his taxes.

Edmond’s debts were as follows:

Chapter 7 bankruptcy is designed for “debtors in financial difficulty who do not have the ability to pay their existing debts.” 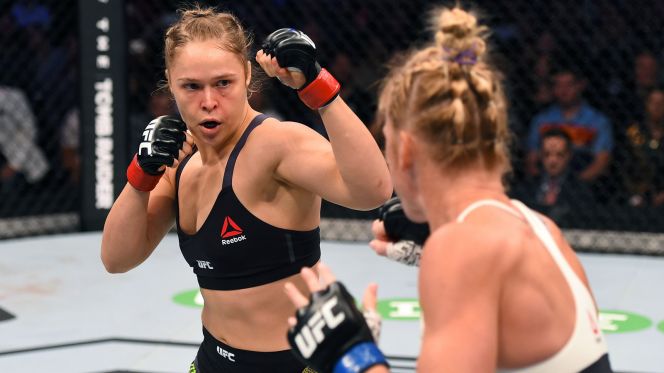 Varying reports of his actual combat experience aside, how has Edmond Tarverdyan done with Ronda Rousey’s striking? Considering the video at the start of the article was mid-2011, he’s performed abysmally. Rousey is a world-class Judoka, her accomplishments in martial arts and MMA are unparalleled.

She put her faith in coach Edmond, and clearly he has failed her in a big way. Was Ronda Rousey’s mom right when she blasted Coach Edmond as a fraud who was riding her daughter’s coat tails to success?

After her harrowing KO loss to Holm at UFC 193, Rousey had a year away from active fighting. Should Tarverdyan have been able to hone her striking in that time? Perhaps, perhaps not.

Does he have the credentials of a Duke Roufus, Bas Rutten, or any other legitimate and confirmed martial arts experts? No is the simple answer. Unfortunately for ‘Rowdy,’ she looked amateur in the striking against Nunes at UFC 207. Nobody expected her to outstrike the champion, but if Tarverdyan really was a legitimate striking expert, she would have at least survived, or displayed the defensive fundamentals. Here’s what Edmond said one month after Rousey’s loss to Holm:

“I know how to speak to Ronda. I know Ronda very well. She doesn’t need to watch that fight. The fight is over. It’s about what we’re doing now. It’s my job to watch the footage and I’m dedicating everything I have to Ronda’s rematch with Holly.”

Maybe it’s Nunes herself who is right. ‘The Lioness’ claimed Tarverdyan had ‘convinced Ronda she is a boxer.’ Concluding this article, there’s too much smoke around Edmond Tarverdyan for there to be no fire. Closing out this chapter, there’s really only one way we’ll know if Edmond is the thorn in Rousey’s side. Supposing she gets a new coach and finds success in another UFC run?

Who is Edmond Tarverdyan? Truthfully, we may never know. Looking at his past, we can tell he has lied many times. As for Tarverdyan’s track record as a top-level MMA coach overall, we’ll leave you with this stat: 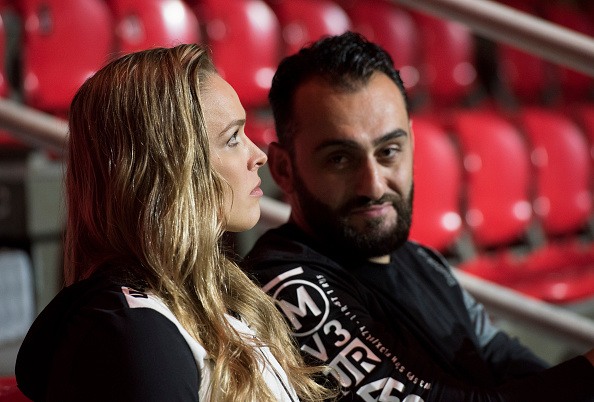