Myth buster: Our big brains and small teeth did not evolve at the same time 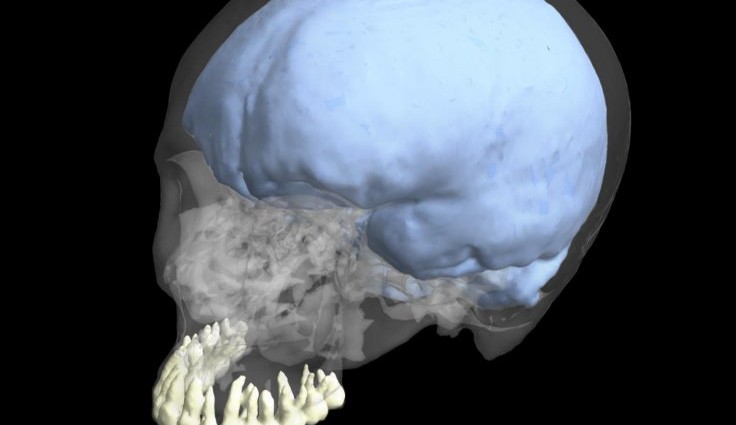 The human brain and teeth have not evolved together in humans, unlike what past studies had suggested. Diverse and unrelated behavioural and ecological factors might have influenced the evolution of postcanine teeth and brain size within the Hominin group.

Compared with other hominins, one of modern humans' most distinctive feature is that they have large brains and small posterior teeth. One of the classic ideas in human evolution research is that that hominin teeth and brain evolved in parallel, with increasing brain size driving dental size reduction.

Indeed, scientists believed that a bigger brain was linked to more complex behaviour, such as the creation of stone tools to cut food, which reduced the need for big teeth and allowed for dental reduction.

However, this theory has recently been challenged by studies showing that tool use predated big brains. Australopithecus might already have used primitive stone tools some 3.3 million years ago.

In her study published in PNAS, lead author Aida Gómez-Robles and her colleagues investigated whether the evolution of brain and teeth was really linked, by measuring and comparing the rates at which teeth and brains evolved in eight hominin species along the different branches of the evolutionary tree.

"The idea was to quantify rates at which brain and teeth evolved across different hominin lineages, to see if they evolved together and thus address this classic issue of human evolution", lead author Aida Gómez-Robles, from George Washington University, told IBTimes UK.

The team looked at eight different hominin species – including Neanderthals, Homo erectus and Homo sapiens. The researchers measured the evolutionary rates of brain's and teeth's size and shape for the eight species by measuring the differences between those species' values and estimated ancestral values. This allowed them to identify species that evolved faster than others.

They found that across all lineages, hominin postcanine teeth evolved at a relatively consistent neutral rate, while brain size evolved at comparatively more heterogeneous rates. "The fastest rate in the evolution of the brain occurred in the branch of the evolutionary tree predating the divergence of Homo erectus from the lineage leading to Neanderthals and modern humans. It was known before that these three hominin species had bigger brains but unclear when this evolution occurred and at what rate", Gómez-Robles said.

A multitude of unrelated behavioural and ecological factors might have influenced the evolution of the teeth and the brain in the different hominin lineages. Although the study does not investigate any of these factors, a number of hypothesis are possible.

Brain size could have evolved in relation to the relative reduction of the gestational period. As hominins gave birth to helpless and underdeveloped babies, their degree of brain plasticity increased, which resulted in more flexible behaviour and capacity for cultural evolution. "As for dental evolution, the rate is so constant it will be hard to pinpoint a single factor. We think it might be a gradual phenomenon that is related to the progressive gracilization of the human face", Gómez-Robles concluded.