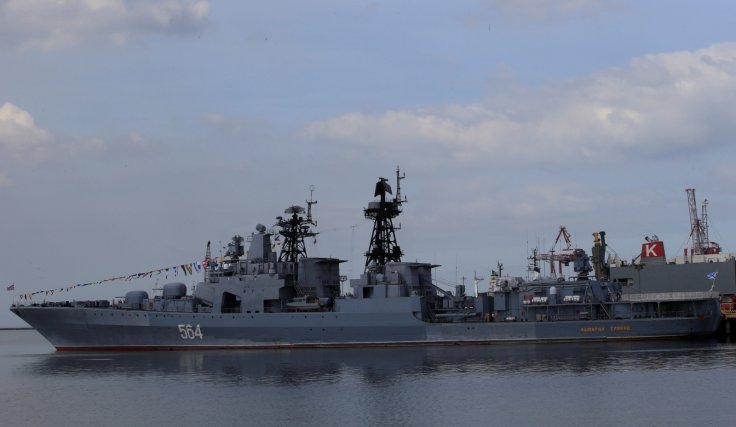 The two ships — Admiral Tributs, an anti-submarine vessel, and a sea tanker Boris Butoma — arrived in Manila on Tuesday, 3 January, on a four-day goodwill visit. The crew of the vessels is expected to exhibit anti-terrorism capability and hold talks, Rear Admiral Eduard Mikhailov, head of the Flotilla of the Russian Navy Pacific Fleet, said.

"Our governments will maybe discuss in some period of time the possibilities of our maritime exercises.

"The biggest problem now in the world is terrorism and piracy, and all our exercises we have, for example, with you we will have to fight these problems and we will show you what we can do and we will see what you can do and show us," Mikhailov said in a news conference. Moscow has also been holding drills with the Indonesian navy, he added.

Mikhailov also said that Russia is willing to help train the Philippines — which has been struggling to prevent Islamist militants from abducting crew of slow-moving tugboats — to fight piracy and terrorism.

This is reportedly the first official navy-to-navy contact between the Philippines and Russia, which is an arch rival of the United States.

The US and the Philippines have been holding naval exercises annually but now Duterte has instructed the defence ministry to "reformat" drills with Washington. The Philippines president had even visited China in October and started a new friendship with the country, keeping the dispute over the South China Sea aside.

He sent his foreign and defence ministers to Moscow in December 2016 to explore an arms deal after a US senator said he would block the sale of 26,000 assault rifles to the Philippines, citing concerns over the rising death toll in Duterte's war on drugs.