Floyd Mayweather Reveals Huge Offer Has Been Made To Conor McGregor 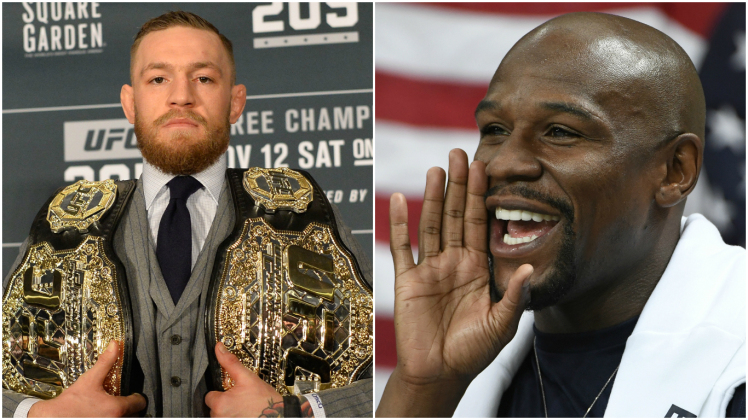 Floyd Mayweather claims that Conor McGregor has a £12 million offer on the table to fight him in a boxing ring.

Mayweather, whose current record stands at 49 wins and no defeats, hasn’t fought since his victory over Andre Berto in September 2015.

Mayweather insists he is open to a contest against the Irishman and reveals an offer has been made. 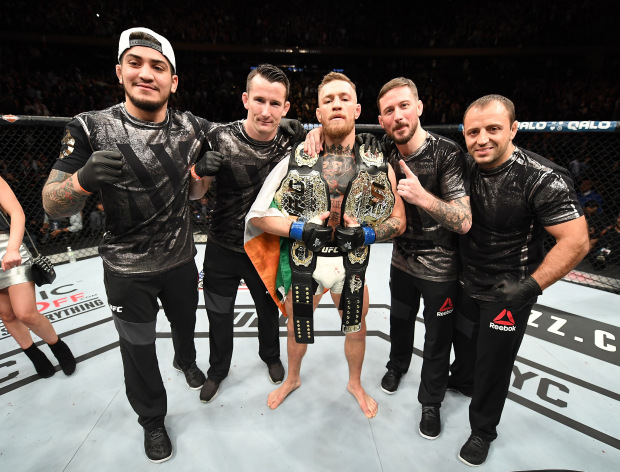 ‘We tried to make the McGregor fight. My number was $100 million. We offered him $15m. Is the fight going to happen? We’re working on it.’

Former welterweight champion Floyd Mayweather said Wednesday he was "interested" in a fight with Conor McGregor and had already offered the mixed martial arts star $15 million to climb into the ring with him.

Mayweather, who retired in 2015 with a perfect 49-0 record, told ESPN's First Take program that a McGregor bout was the only thing that could tempt him to end his exile from the ring. 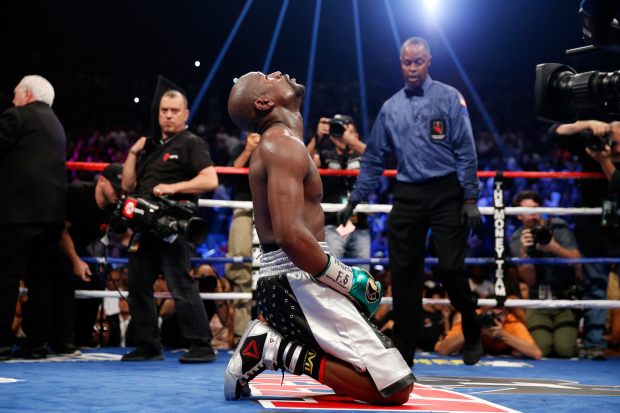 The 39-year-old was responding to a question about whether he would consider a rematch with Filipino star Manny Pacquiao following the duo's much-heralded "Fight of the Century" two years ago.

"Only thing I'm probably interested in is the Conor McGregor fight," Mayweather said. "I'm a businessman and it makes business sense. I believe in what me and (business adviser) Al Haymon talk about every day — I believe in working smarter, not harder."

"We tried to make the Conor McGregor fight," Mayweather said. "They know what my number is. My number is a guaranteed $100 million. That was my number.

"We are willing to give him $15 million and then we can talk about splitting the percentage — the back end — on the pay-per-view."

Mayweather appeared to suggest that McGregor's recent comments calling for a fight were insincere.

"You guys keep hearing all these different rumours about different fighters want to face Floyd Mayweather," he said.

"Everybody keeps talking about Conor McGregor. He's blowing smoke up everybody's ass. Dana White, the UFC — let's make it happen. Bring him over to the boxing world and I'll show him what it's like."

In November, McGregor challenged Mayweather to a fight under mixed martial arts rules and said he would only face Mayweather in a boxing ring for $100 million (Sh10 billion).

"Much respect to Floyd. He's a solid businessman… as far as real fighting — true, pure unarmed combat — Floyd don't want none of this," McGregor said.

"He does not want none of this. He wants it under boxing rules. He wants a boxing match. He doesn't want a fight."

"Give Floyd a shout, tell him I'm coming. Tell him to run around Showtime offices. I want $100 million to fight him under boxing rules because he's afraid of a real fight."