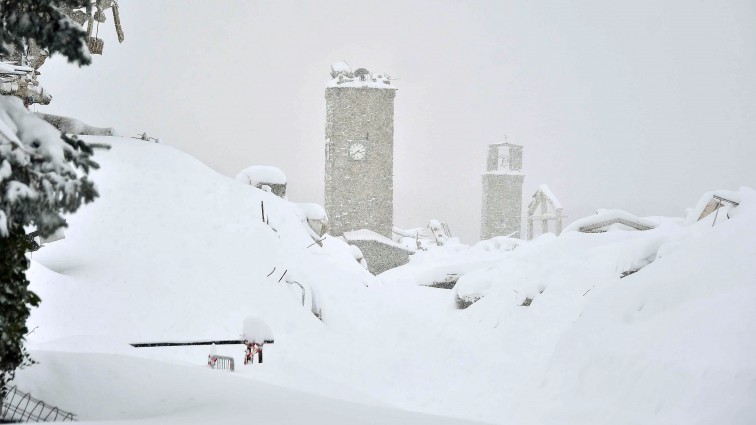 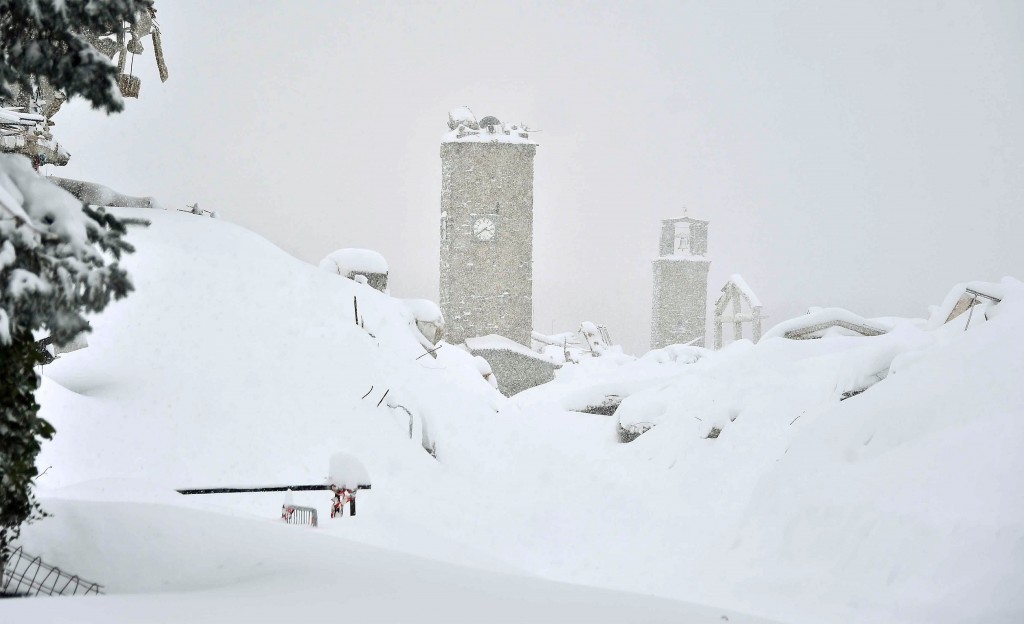 The clock tower of Amatrice is seen before a series of earthquakes hit the town and parts of central Italy, January 18, 2017. The clock tower later collapsed in the quakes, according to media reports. REUTERS/Emiliano Grillotti FOR EDITORIAL USE ONLY. NO RESALES. NO ARCHIVES TPX IMAGES OF THE DAY

At least 25 people, including several children, were feared dead Thursday after a devastating avalanche buried an Italian mountain hotel under snow and mud.

As night fell, the prospects of anyone being rescued alive from the ill-fated Hotel Rigopiano looked bleak, with rescue efforts hampered by heavy snow that had blocked access roads to the remote site.

The hotel was engulfed by a two-metre (six-feet) high wall of snow late on Wednesday afternoon with the impact powerful enough to rip the three-storey building from its foundations and move it ten metres (yards).

The first rescue workers only reached the remote site in the early hours of Thursday and it was midday by the time a snow plough and the first mechanical excavation equipment got there.

Two bodies were extracted from the rubble and two survivors were taken to hospital with hypothermia as frantic rescue efforts continued into the evening.

"We are trying to recover bodies," said fire service spokesman Luca Cari. Asked if there was any hope of survivors, he told AFP: "You never know."

He added: "The building was basically run over by the avalanche leaving it buried.

"I saw mattresses that had been dragged for hundreds of metres, which shows how big the search area is. There are tonnes of snow, tree trunks and all kinds of detritus."

Italian broadcasters showed images of piles of masonry and rubble in the entrance area of what they dubbed a "coffin hotel".

The region was hit by four seismic shocks measuring above five magnitude in the space of four hours on Wednesday, when at least one person was confirmed to have died. Quake experts said the tremors almost certainly triggered the snowslide.

The hotel's guests had been assembled on the ground floor awaiting an evacuation following the quakes that was delayed by snow-blocked roads when the avalanche struck.

Local officials confirmed two guests who were not inside when the avalanche struck had been rescued. They were suffering from hypothermia but not in any danger.

One of them, identified as Giampiero Parete, 38, was quoted by friends in Italian media as saying his wife and two children, a girl aged six and and a boy aged eight, had been inside the hotel.

Officials said there had been between 20 and 22 guests staying and seven or eight staff on duty at the hotel on the eastern lower slopes of the Gran Sasso mountain. It was unclear if there were any additional people in the hotel.

The first mountain police on the scene got there by helicopter around 0300 GMT with others following on skis.

They reported no signs of life inside the building and one of their commanding officers told reporters: "There are many dead."

Ambulances were blocked for hours by two metres of snow in the nearest village, Farindola, some nine kilometres (5.5 miles) away, according to the civil protection agency.

The hotel, a four-star establishment with its own spa and indoor pool, was located at an altitude of 1,200 metres (3,900 feet) around 90 kilometres (55 miles) east of the epicentres of Wednesday's earthquakes. They were also centred near Amatrice, the town devastated in an August quake in which nearly 300 people died.

The one person confirmed dead Wednesday was a man found buried under the debris of a building in Castel Castagna, a small town to the north of Farindola.

The quakes affected an area that straddles the regions of Lazio, Marche and Abruzzo which is home to many remote mountain hamlets.

Although many residents had been evacuated from their homes after last year's quakes, there were fears for families who had decided to stay and are now cut off.

Guido Castelli, the mayor of the Marche town of Ascoli said his staff were trying to check on around 1,000 people in cut-off hamlets.

"It is like 'Waiting for Godot'," he said, referring to the play by Samuel Beckett, in which the main characters wait in agony.

Some 130,000 homes were without electricity overnight as a result of quake-damage to pylons and other infrastructure. Less than half of them were reconnected Thursday.

Schools in the affected region have been closed until next week to allow structural safety checks to be carried out.

Italy is prone to earthquakes but has rarely suffered so many in quick succession.

Since the Amatrice disaster, there have been nine shocks measuring more than a five magnitude and a total of 47,000 registered aftershocks.

Italy straddles the Eurasian and African tectonic plates, making it vulnerable to seismic activity when they move.