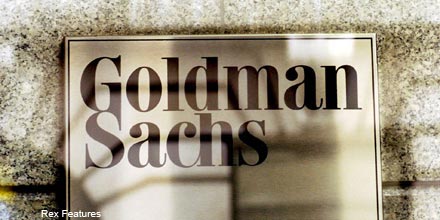 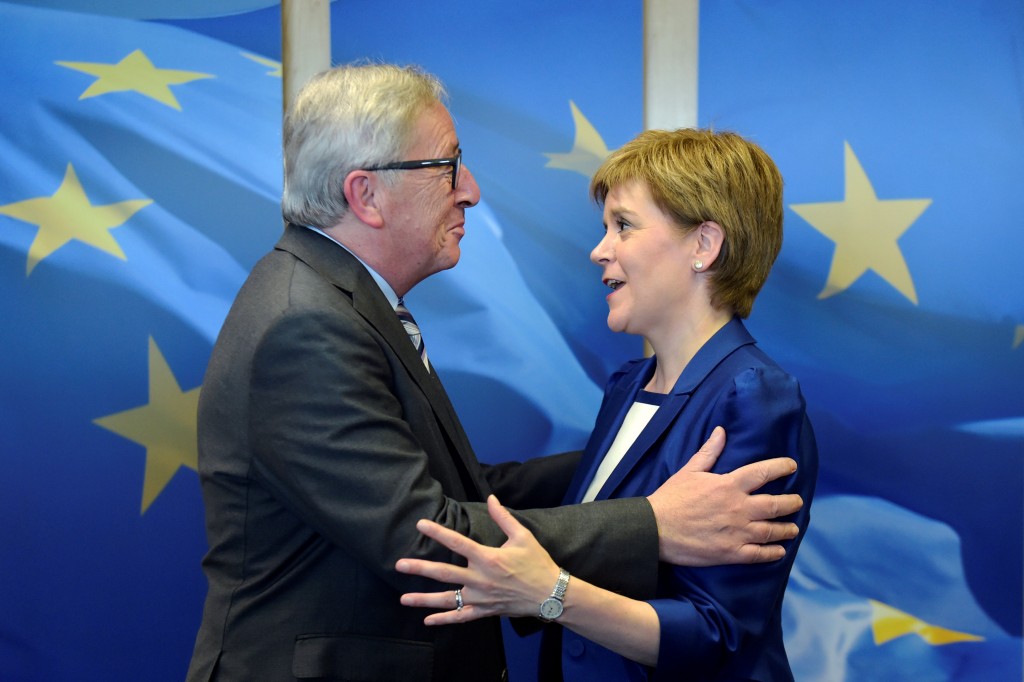 Scotland’s First Minister Nicola Sturgeon is welcomed by European Commission President Jean-Claude Juncker ahead of a meeting at the EC in Brussels, Belgium, June 29, 2016. REUTERS/Eric Vidal

Goldmans Sachs is the latest bank to indicate the UK's attractiveness may have diminished following Theresa May's historic Brexit speech.

The bank's chief executive Lord Blankfein said in a Bloomberg interview Goldmans had put the brakes on moving significant parts of its business to the UK.

'Operating our business to maximise our global potential — we were trying to get as much into the UK as we could,' Blankfein said in the interview held at the Economic Forum in Davos. '[Now] we’re slowing down that decision' to avoid having to move businesses twice.'

Blankfein, who admitted he was also worried about the health of a Europe without the UK in it, remains unsure where the best location actually is.

He pointed out the bank used to be spread across various regions in the past, so it it was conditioned to operating that way.

He added: 'I don’t think we will need two years to make whatever adjustments we make, so we’re watching.'

May met with Blankfein and other bank bosses at Davos in an attempt to offer some reassurance.

In a separate interview with Bloomberg, the UK prime minister said: 'Financial services are of huge value to the British economy and of course the services that fit around the banks and asset management companies and insurance companies as well are important to us too.'

She added: '[But] as we look ahead to the Britain of the future, to the global Britain, to Britain outside the European Union, I want to ensure that we have that good relationship, good partnership with the EU, that we have negotiated a free trade agreement, which I believe will work for the UK but also for the European Union, that will ensure that stability and jobs and prosperity in the UK.'

On Tuesday May unveiled her 12-point Brexit plan six months after the UK voted to leave Europe.

In her speech delivered at Lancaster House, she confirmed it would be a 'hard' Brexit involving an exit from the single market. May added the government would seek an equivalent transitional deal to its current tariff-free membership of the customs area.

A day after the speech, two of the largest investment banks based in London confirmed some of its staff would be relocating once the UK leave Europe.

HSBC chief executive Stuart Gulliver said plans were being drawn up to transfer around 1,000 staff to Paris. Meanwhile his counterpart at UBS, Axel Webber,  warned that between 1,000 to 5,000 UK jobs could be impacted by Brexit.

There has been speculation that Goldmans may cut its UK workforce by 50% in the wake of Brexit, although a spokesperson for the bank refused to confirm this when questioned by Bloomberg.