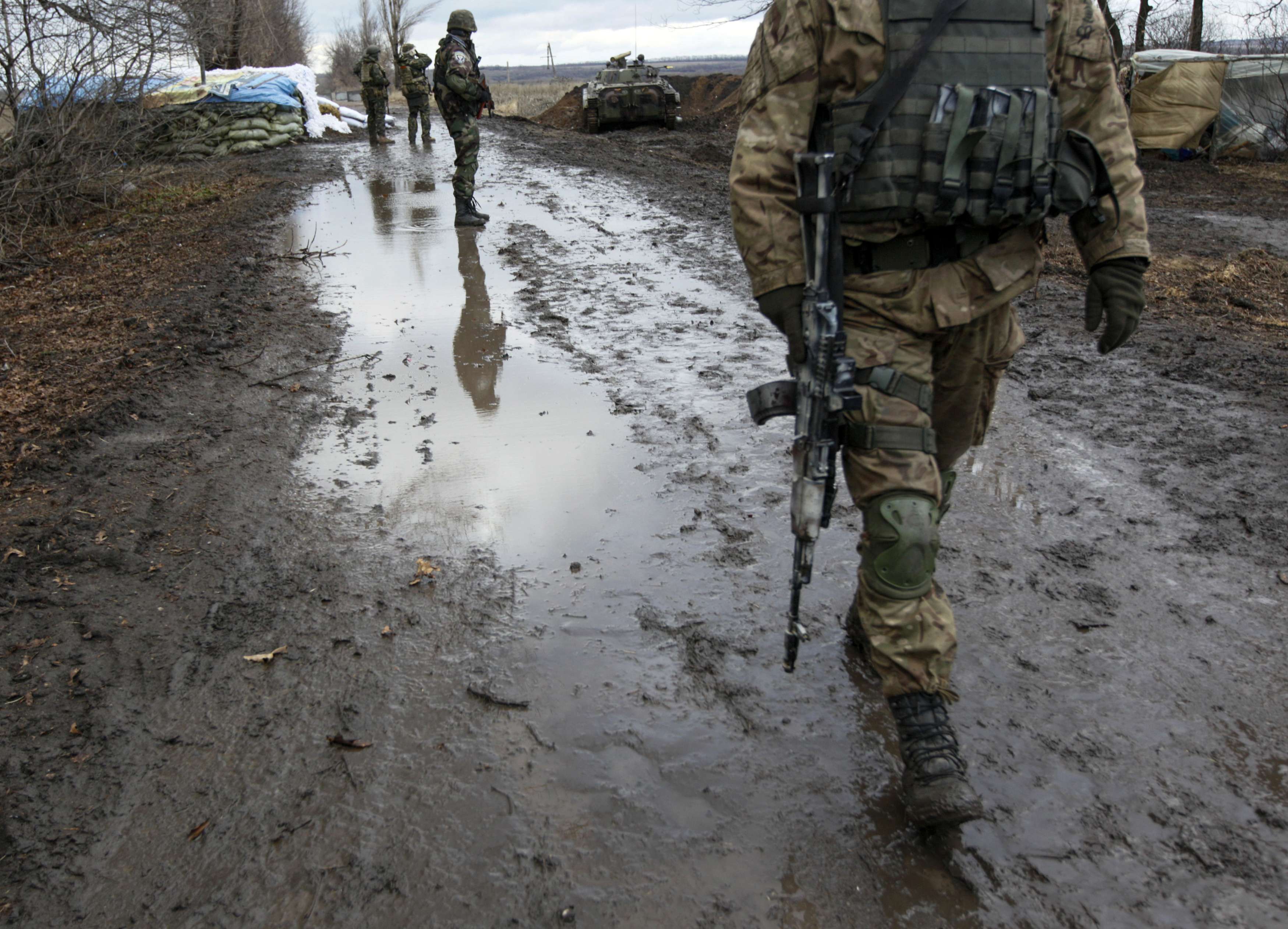 Ukrainian military vehicles are reported to be on the move. Armoured personnel carriers and trucks pulling tanks have been seen on a road linking the government controlled citiy of Artemivsk and Debaltseve, which the separatists took last week.

Both sides agreed on Sunday that they would begin pulling back their weapons from the frontline – in accordance with a truce agreed earlier this month in Minsk.

“In contradiction of the Minsk agreements, Russia continues arming the militants in Donbass. According to reconnaissance information, on February 21 a military group with 60 units of armoured vehicles including tanks and armoured fighting vehicles arrived from the Russian Federation to the Amvrosiivka railway station of the Donetsk region.”

A pro-Russian rebel commander confirmed that separatists would also begin pulling back heavy weapons from the frontline.

A column of rebel tanks were seen leaving a rebel held town on Sunday on their way to Donetsk.

Alexander, a rebel fighter in Lohvynove said their troops were still facing attacks: “The Ukrainian army shoot every morning and at night… as usual it’s mortars, howitzers, and tanks firing at us. Over there in that village they still have unexploded shells stuck in the ground.”

The Interfax news agency quoted one rebel commander as saying it would take two weeks for them to withdraw heavy weapons.