The purchasing of Russian hydrocarbons, mainly by Western countries, was a nice bonus to what had been the actual gradual integration of Russia into the global community 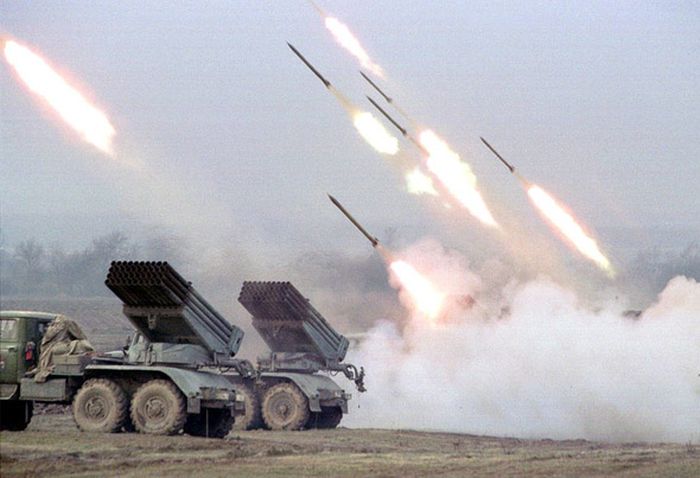 The purchasing of Russian hydrocarbons, mainly by Western countries, was a nice bonus to what had been the actual gradual integration of Russia into the global community. Russia was gradually sliding towards the model of being a Big Eight resource colony, yet it had access to the most advanced technologies and global capital markets. All parties seemed to be satisfied, even Russia’s residents, who voluntarily made a secret pact with Putin: “Freedom in exchange for a full life.”

Probably, some sort of bug in the program for Russian leadership’s behavior had an effect in the period between 2006 and 2008, maybe even since the success of the Orange Revolution in Ukraine. Formally behaving the old way and further corrupting the West, particularly the European elite, the extreme right and left-wing parties, journalists and various experts, the Russian government has decided to go for broke, breaking the old international system of the balance of power and interests, while establishing a new one on its own terms. It is significant that Russia's National Security Council should be considered the country’s actual governing body, as some kind of a “collective Putin”. All the people on this council have been making key decisions in the Russian Federation for the past 10 years at least. It is no coincidence that Putin calls a meeting of this council before taking any significant step on Ukrainian or any global issue.

The war in Georgia in 2008 tested what the West’s reaction to [Russia] breaking the existing world order would be. The weakness of the United States and Europe, as they both very quickly returned to cooperation with Russia in a “business-as-usual” style, sent Putin a clear signal that he could prepare and launch aggression against Ukraine. The failure to sign the Association Agreement with the EU and the Revolution of Dignity triggered this aggression. But Russia started it one or two years earlier than it had planned, started to make mistakes one after another, and has now found itself in a deep wolf pit of its own digging.

Thus, trading Russia’s stability and predictability, oil and gas, lumber and rare metals, Putin could have stayed in power almost indefinitely, while the global elite wouldn’t have interfered that much. But the ultimate fight has now started, and the conflict rose to a global level almost immediately. Now the United States and the EU have no choice but to respond. They just can’t leave the situation as it stands, as the global system of security, economic and political relations has been virtually destroyed. If a new such system is not created in 2015-2016, the world may tumble into unpredictable chaos with unknown consequences. And the reason for this is Putin. World History will remember this man as the gravedigger of the Yalta world order [set in February, 1945 at a conference of leaders of the anti-Hitler coalition] and the cause of emergence of the new rules of global coexistence in the 21st century.

In the meantime, Putin has also become a major global merchant of war. This is the single most valuable commodity that Merkel, Hollande and Obama and all other foreign politicians and leaders buy at exorbitant prices. With a huge number of modern and not so up-to-date weapons (these are some of the few products that are made in Russia that are of high quality), as well as with a large enough human resource, zombified by a powerful propaganda machine, Putin is trying to get the maximum profit from his war trading. It is impossible to isolate him from the outside world completely, as there has to be at least some talk with the Kremlin when bargaining for war and peace (although Russia violates agreements very often).
Read more on UNIAN:http://www.unian.info/politics/1047404-the-merchant-of-war.html

previous articleThe Merchant of War
next articleAdvertising bans Mastercard, which is able to laugh all