The Dangerous Link Between Syria and Ukraine 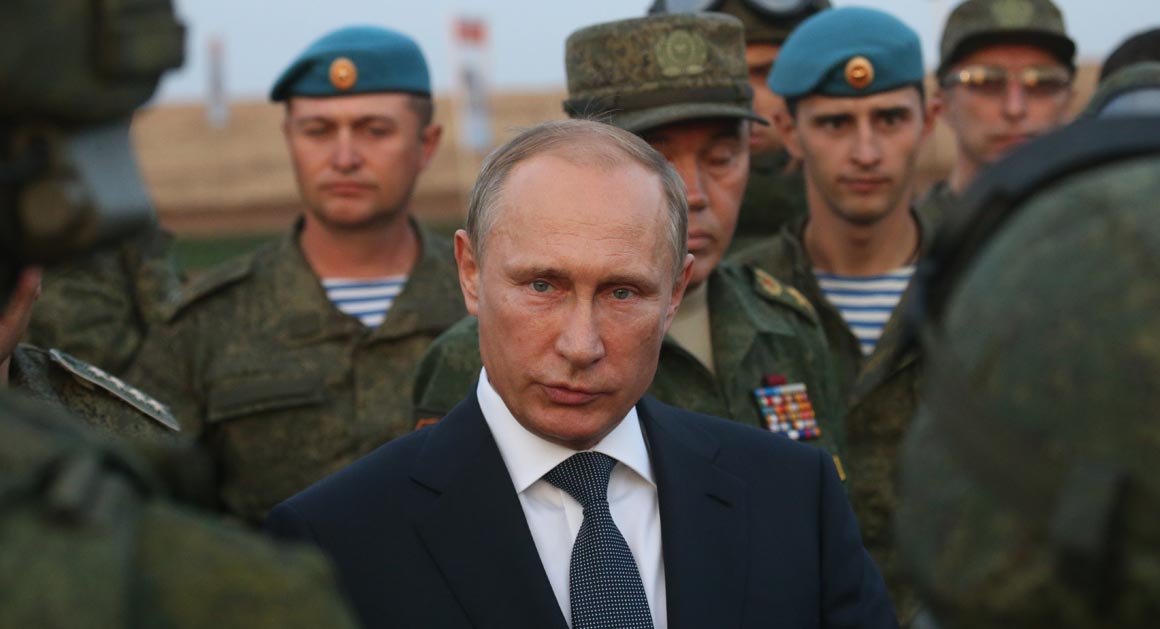 Vladimir Putin has used the fighting in both countries to trap the U.S.

Despite what Vladimir Putin is saying, the United States still staunchly refuses to believe Russia is engaged in a new Cold War—and that the U.S. is losing. But Russia aggressively pushes its own narrative where U.S. leadership is absent. Russian Foreign Minister Sergei Lavrov seems to be everywhere in recent weeks, speaking several times with his US counterpart and others in the region, selling

Russia as a partner for peace and stability when the West is faced with crisis.
Experts from the left and right alike warn that cooperation with Russia on Syria can have potentially disastrous consequences for the U.S., but too many Americans still don’t understand how closely linked these two headline conflicts are, and American policy has yet to confront the reality that Syria and Ukraine are part of the same mission for Russia—the destruction of the post-WWII architecture of the West. To achieve this goal, Russia has pursued a clear policy of disruption, chaos and destabilization—in Ukraine and in the Middle East—in order to force the West to have to partner with Russia to “resolve” the crises it has created.

Now, poised to launch a direct military campaign in Syria, Russia wants the U.S. to join a Russian-led coalition against the Islamic State and complete the rehabilitation of Bashar al Assad, or else end up in direct conflict with Russia in the Middle East. Indeed, many of the anti-aircraft and other Russian weapons systems being moved to Syria are more suited to shooting at American drones and assets than anything the Islamic State has access to.

This suggested coalition is little more than a well-constructed trap for the White House and for Europe. Russia created the conflict in Ukraine. Their military support for Assad fuels a bloody civil war and a refugee crisis from Syria. Russian efforts have also materially aided in the creation of the Islamic State—the wealthiest, best-armed terrorist network in history.

Understanding how Russia has engineered the false choice between accepting Russia as a dominant force in its “sphere of influence” or the proliferation of conflict is essential to accepting that neither choice is the answer.

Too often policy analysts debate whether the Kremlin is strategic or merely tactical in its approach to foreign policy. But the answer doesn’t matter. They don’t need a master plan when one clear strategic objective drives decision-making: make the U.S. the enemy—and make them look weak. The Kremlin has been opportunistic and decisive in grabbing a position of strength—in the Middle East and in Europe—while U.S. attention has waned and retracted.

When the civil uprising against Assad first began in Syria, the rebellion’s leaders hoped for western support. Support for the rebels was slow to materialize, despite early calls for Assad to leave power, but Russia—eager to protect its military foothold on the Mediterranean and on the southern flank of NATO—was quick to line up against U.S. policy and supply Assad with arms, military advisers, intelligence and political support. After Syria deployed chemical weapons against rebels and civilians in August 2013, Russia brokered a deal with the U.S. to save Assad from outside military intervention.
Russian support for Assad has allowed the civil war to continue for years at such an intense level of bloodshed and destruction. But shipments of armaments were not their only tool for saving their primary regional ally. They are also involved in building an engine of terrorism to open a second front in the Syrian war.

By the time the chemical weapons deal was signed, the nature of the war in Syria had changed. Before the 2014 Sochi Olympics—as Russia issued warnings about potential attacks by North Caucasus extremists and moved military assets into the region for the seizure of Crimea—there were rumors, now confirmed by Russian investigative journalists, that Russia was actively exporting fighters from the North Caucasus to Syria. Elena Milashina, writing in Novaya Gazeta, documented how, beginning in 2011, the FSB established safe routes for militants in the North Caucasus to reach Syria via Turkey. Local FSB officers, sometimes with the help of local intermediaries and community leaders, encouraged and aided jihadis to leave Russia for the fighting in the Middle East, in many cases providing documents that allowed them to travel.

It probably wasn’t a hard sell for the FSB to make to nascent jihadis: Go fight in the desert, for infinite riches and glory, or stay in Russia, where the security services had pretty good cover to kill a lot of them.
A lot of them left. In late 2012, Russian-speaking jihadis began to arrive in Syria. According to regional intelligence sources who have closely tracked their movements and activities, the Russian-speakers negotiated the unification of the Islamic States in Syria and in Iraq, creating the current Islamic State formation.

Suddenly, the war in Syria was “confusing” to American policymakers seeking a way out of the war and an end to Assad’s regime. There were “good rebels” and “bad rebels,” and the U.S. couldn’t decide which side to support. These tactics were similar to the irregular warfare Russia would deploy in Ukraine.

The war at that point also turned away from Assad and Syria, and toward Iraq instead. The western front of ISIL was led by Russian-speakers; the eastern commanders included disenfranchised Soviet/Russian-trained Saddam-era Sunni military officers. From the beginning, their efforts were closely coordinated. There were reports from Kurdish forces of Russian operatives at secret outposts in the desert.