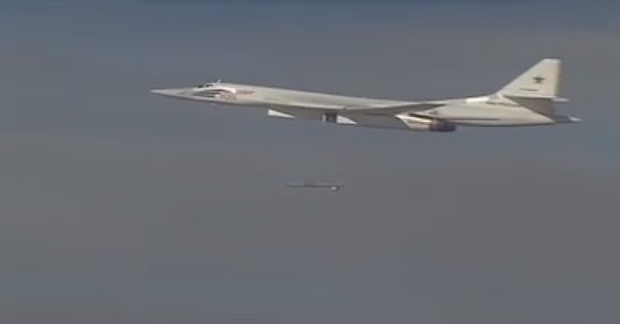 Russia involves its strategic fleet for the first time in Syrian campaign, according to the Russian Defense Ministry’s posting on Facebook.

"As part of the air campaign, the crews of the Tu-160 [Blackjack], Tu-95MS [Bear] and Tu-22M3 [Backfire] long range aircraft carried out massive strikes by cruise missiles and air bombs on ISIL targets in Syria," the report says.

It is noted that on November 17, from 9:00 to 9:40, the Tu-160 and Tu-95MS strategic bombers launched 34 cruise missiles on objects of ISIL terrorist organization in the provinces of Aleppo and Idlib.

Also, from 5:00 to 5:30 Moscow time, 12 long-range bombers, Tu-22MZ, struck at targets of the ISIL terrorist organization in the provinces of Raqqa and Deir ez-Zor.

The total number of sorties by Russian warplanes doubled, according to the Russian Defense Ministry, allowing to deliver “powerful, accurate strikes on ISIL militants” across the whole Syrian territory.

According to some media reports, Russia launched cruise missiles on Raqqa from a submarine in the Mediterranean Sea, for the first time ever.

Operation against ISIL has been strengthened following confirmation that the Russian A321 was in fact downed over Egypt’s Sinai in a terrorist attack involving bomb on board.