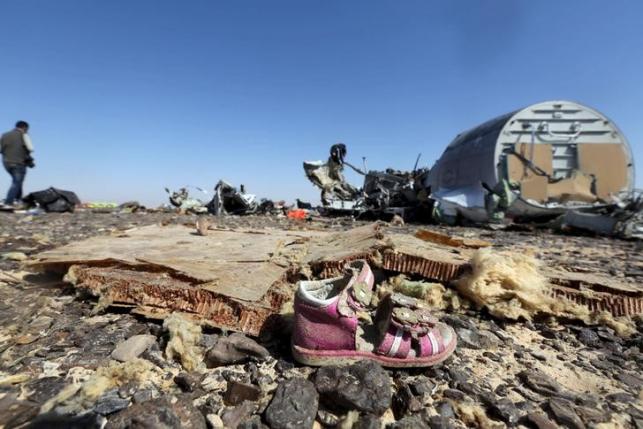 An EgyptAir mechanic whose cousin joined Islamic State in Syria is suspected of planting a bomb on a Russian passenger plane that was blown out of Egypt's skies in late October, according to sources familiar with the matter.

So far Egypt has publicly said it has found no evidence that the MetroJet flight, which crashed in the Sinai Peninsula after takeoff from Sharm el-Sheikh airport, killing all 224 people on board, was brought down by terrorism.

A senior security official at the airline denied that any of its employees had been arrested or were under suspicion, and an Interior Ministry official also said there had been no arrests.

But the sources, who declined to be identified because of the sensitivity of the ongoing investigation, said the mechanic had been detained, along with two airport policemen and a baggage handler suspected of helping him put the bomb on board.

"After learning that one of its members had a relative that worked at the airport, Islamic State delivered a bomb in a handbag to that person," said one of the sources, adding the suspect's cousin joined Islamic State in Syria a year and a half ago.

"He was told to not ask any questions and get the bomb on the plane."

Another source said of the other suspects: "Two policemen are suspected of playing a role by turning a blind eye to the operation at a security checkpoint. But there is a possibility that they were just not doing their jobs properly."

None of the four have been prosecuted so far, the sources told Reuters.

The crash has called into question Egypt's drive to eradicate Islamist militancy and hurt its tourism industry, a cornerstone of the economy. Islamic State's Egypt affiliate is waging an insurgency in parts of the Sinai, although mostly far from the tourist resorts along its Red Sea coast. 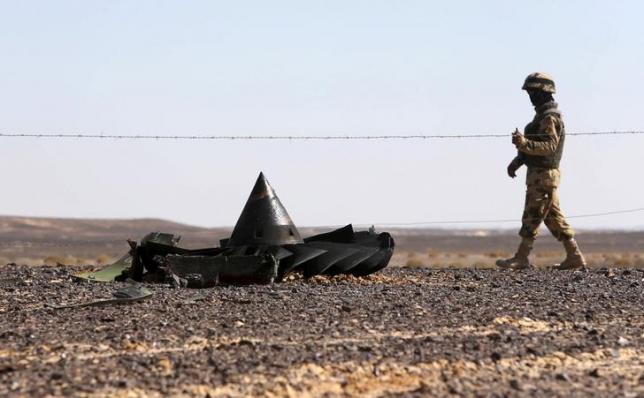 Russia and Western countries have long said that they believe the flight was brought down by a bomb smuggled on board. Egypt however has so far publicly said it has not found any evidence of foul play.

Any formal charges or official Egyptian confirmation that a bomb brought down the Airbus A321 could potentially expose Egypt to compensation payments to the families of the victims.

The EgyptAir senior security official said state security police had investigated all workers at Sharm el-Sheikh airport without finding any evidence implicating any of them.

The official said state security traced the family connections of all the employees and they were cleared.

"Any employee who shows sympathy to militants is prevented from going to work in any airport," he told Reuters.

An Interior Ministry source also said no one had been arrested in connection with the crash.

"We are awaiting results of the investigation."

A woman lays flowers on a makeshift memorial for victims of a Russian airliner which crashed in Egypt, outside Pulkovo airport in St. Petersburg, Russia November 1, 2015. REUTERS/Peter Kovalev

Islamic State's online magazine carried a photo of a Schweppes soft drink can it said was used to make an improvised bomb that brought down the Russian airliner.

The photo showed a can of Schweppes Gold soft drink and what appeared to be a detonator and switch on a blue background, three simple components that if genuine are likely to cause concern for airline safety officials worldwide.