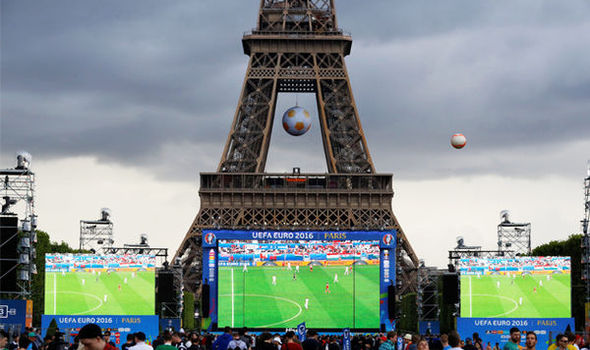 TERRIFIED football supporters ran for their lives amid fears of an ISIS-style attack in a Paris fanzone at Euro 2016.

Thousands of screaming spectators hurriedly fled from underneath the Eiffel Tower after a bang was heard and smoke started rising into the sky.

The startled crowd scattered with some people being knocked to the floor and trampled on as some tried to save themselves from what they feared was another deadly militant attack as Italy played Germany for a place in the semi finals.

The video shows waves of people retreating from near the front of the crowd, with fear spreading throughout as more people joined in the stampede.

Ali Gourlay, 26, from London, was caught in the melee.

He said: “I saw sheer panic. It was everyone for themselves. There was no direction, no one knew what was happening. Everyone just ran. I thought I saw a firecracker.”

Toby Smyth, 25, from East London, said: “Suddenly I saw a wall of people running towards me and had no time to react it. It's scenes you see on the news but never think you'll be part of. It's a reflection of the fear that is here in Paris. Families scattered. 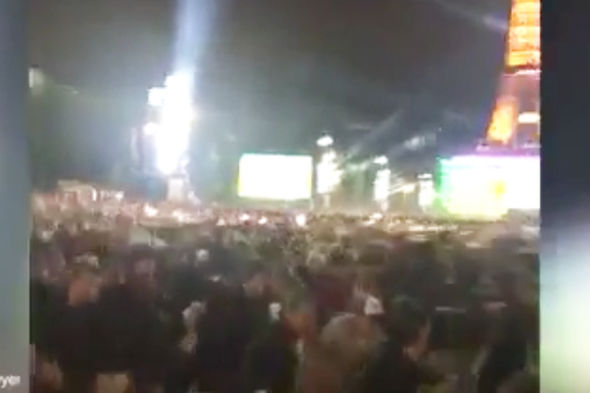 “We helped a Canadian family in tears. There were 24 of them, their first day in France, who said they now wanted to fly home. I got pulled over a fence and lost my shoe in the stampede.”

An Iceland fan in the crowd said: “It was the scariest thing I have ever been involved in.”

Jas Randhawa said: “Everyone was on auto pilot and I heard the noise of the stampede before I saw it. People were on the ground. I fell immediately and people ran over me. People were crying.”

Joe Shepherd, from Southampton, said: “A woman had been put in a wheelchair because she had been trampled on and was so groggy.” 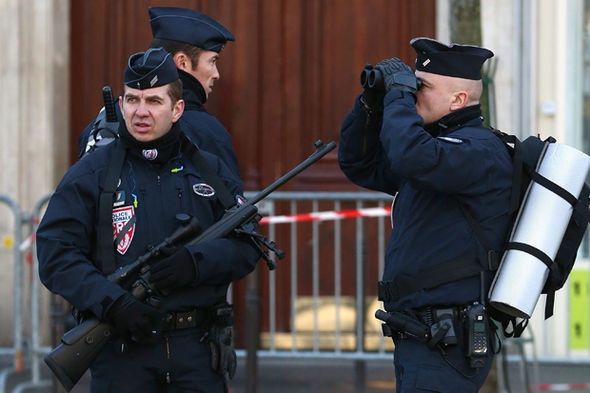 Other Twitter users took to social media to express their terror at the ordeal.

It is not clear what caused the mass panic but it is understood there are no casualties and the event was a false alarm.