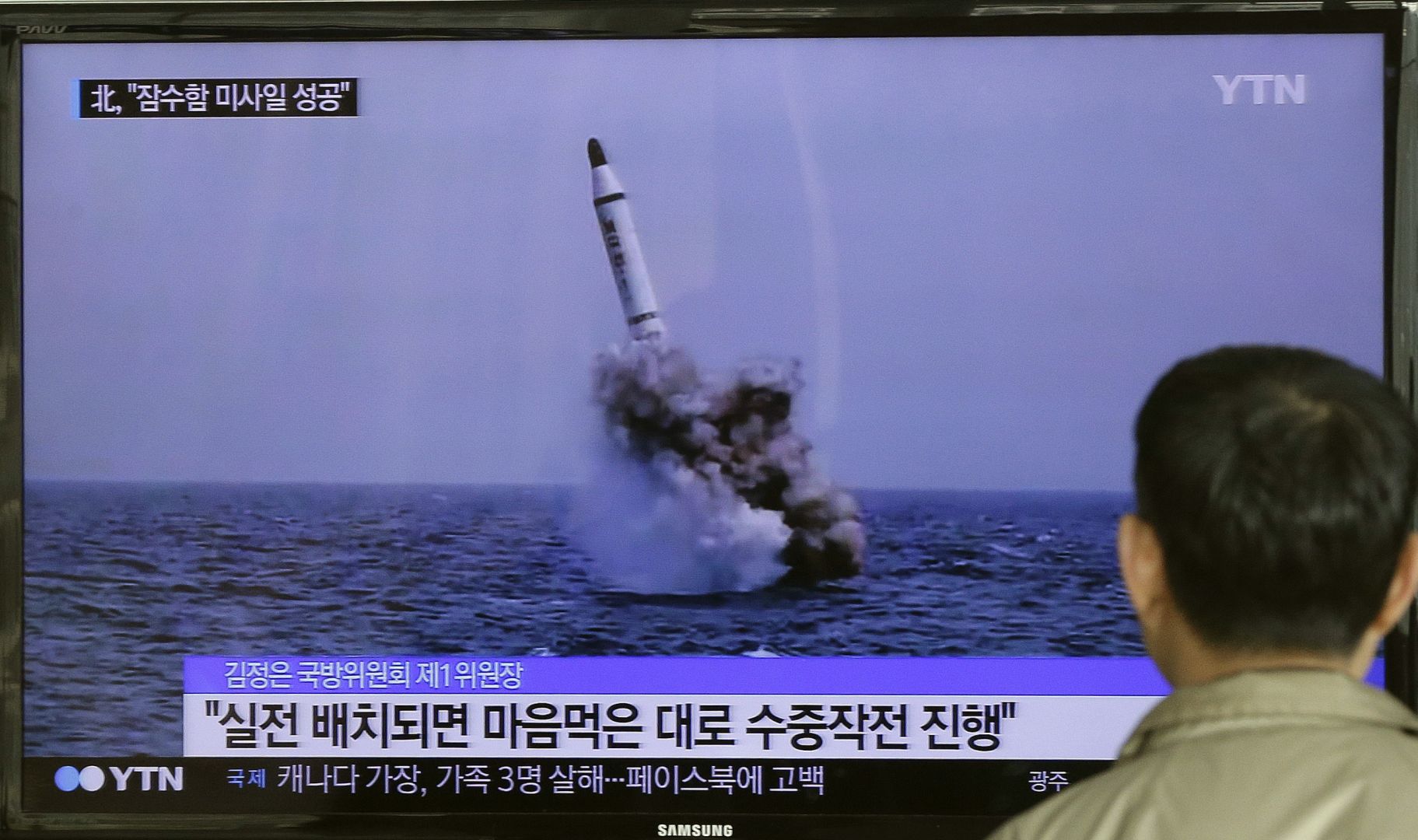 The missile was launched at 11:30 a.m. local time Saturday (10:30 p.m. ET Friday) from near South Hamgyomg province.
The launch itself was successful, South Korean officials said, but the missile's early stage flight is believed to have been unsuccessful.

South Korea "strongly condemns" what it calls North Korea's "provocative behavior," according to the Joint Chiefs.

In a statement, U.S. Strategic Command said their systems detected "the launch of a presumed KN-11 submarine-launched ballistic missile occurred off the coast of Sinpo."

Stratcom said they believe the missile "fell" after being tracked over the Sea of Japan, also called the East Sea.

The move comes a day after Seoul and Washington agreed to deploy an advanced military defense system that could intercept North Korean missiles following continued weapons testing by Pyongyang in defiance of U.N. resolutions.

After months of talks, the two governments said they are in the final stages of recommending a location in South Korea for the system, called Terminal High Altitude Area Defense (THAAD), to be installed.

"It will be focused solely on North Korean nuclear and missile threats and would not be directed towards any third party nations," Yoo said at a joint press conference attended by U.S. and South Korean officials.