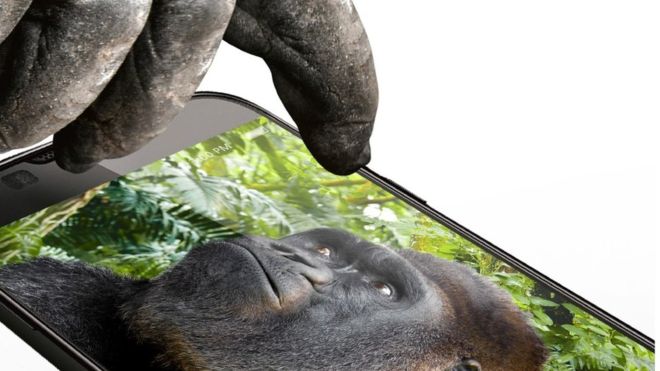 It has launched its next generation of Gorilla Glass — the material used in more than 70% of smartphone screens, including on Samsung and Apple devices.

Corning said Gorilla Glass 5 could survive more than 80% of drops from as high as 1.6 metres.

Shattered or cracked screens are the number one cause of smartphone repairs and customer complaints globally.

The new glass was tested on rough surfaces — a demo for journalists showed dummy phones being dropped from a height of 1.6 meters onto a sheet of sandpaper. 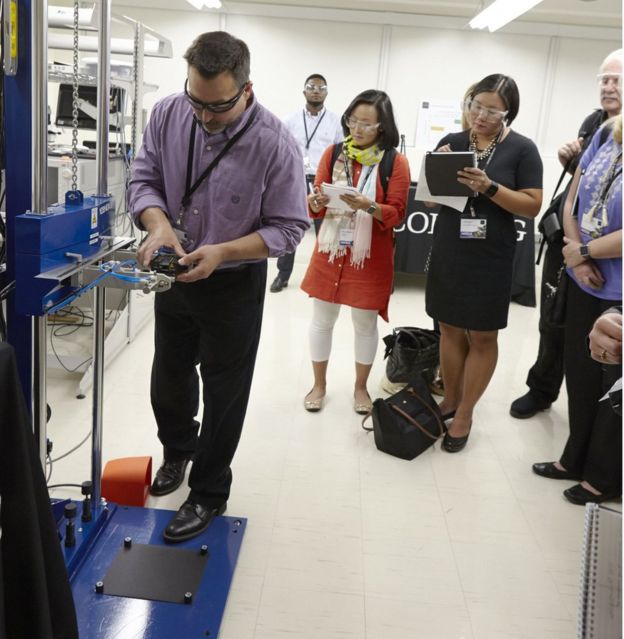 Some of the phones tested survived over 20 hard drops in the lab. Typically, most phone drops are from between waist and shoulder height.

As well as drops, the company said it was twice at good at resisting scratches and other damage compared to what's currently on the market.

Device manufacturers are expected to unveil products with the new glass within the next few months.
Melting pot

"We've been working with our closest customers for quite some time now," Corning's vice president and general manager John Bayne told the BBC.

"And there's tremendous interest in this product for obvious reasons."

However, he warned that Corning had no control over eventual smartphone designs, meaning some models could be slightly weaker depending on the manufacture and design of the device. Corning's statistics were based instead on controlled lab conditions.
The company would not let the BBC test the glass outside of the lab.

Corning's work in specialist glass dates back to 1879, when it produced the glass used in the iconic Edison lightbulb.

By 2016, more than 4.5 billion devices use Gorilla Glass, which is created using a technique known as fusion forming. It involves placing the raw materials — sand and "other inorganic material" — into a melting pot.

It is then transferred to an isopipe, essentially a small trough, which is intentionally overfilled. The melted material spills out over both sides and combines underneath to form the sheet of glass.

This technique means there is no human contact needed in creating the glass, eliminating defects and removing the need to treat the glass afterwards.