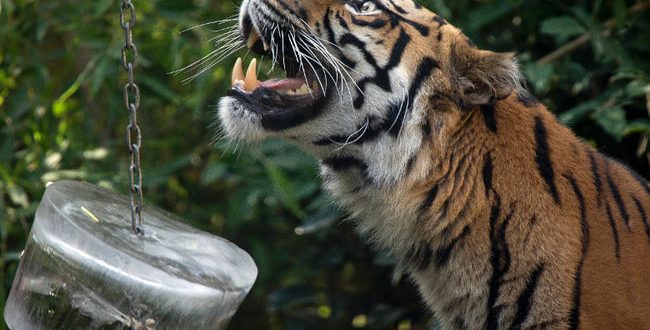 Tigers at a wildlife park in Beijing have killed one woman and injured another after the pair left their vehicle, Chinese media have reported.

CCTV published footage of the incident showing one woman getting out and standing beside the car before quickly being attacked and dragged away.

The second woman was killed when she jumped out to try to help and was herself mauled by another tiger.

Some reports said an argument had led to the first woman leaving the car.

A man, who was in the car with the women and also attempted to help, was unhurt. 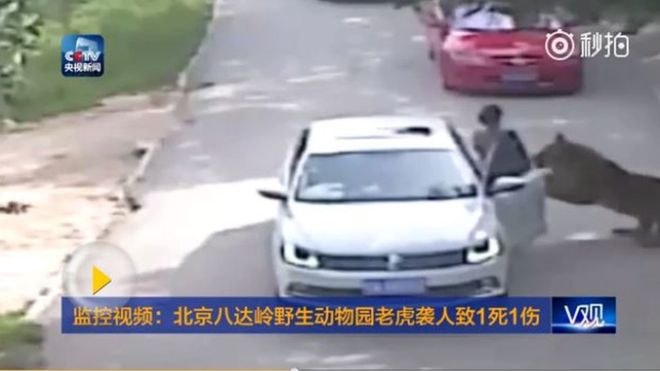 Visitors to Beijing Badaling Wildlife World are allowed to drive their own vehicles around the park but are warned not to get out in areas open to wild animals.

Video of the incident suggested park rangers in a vehicle were on the scene within seconds, but they were unable to save one of the women.

Park officials have declined to comment, saying only that the facility is closed because of forecasts for heavy rain.