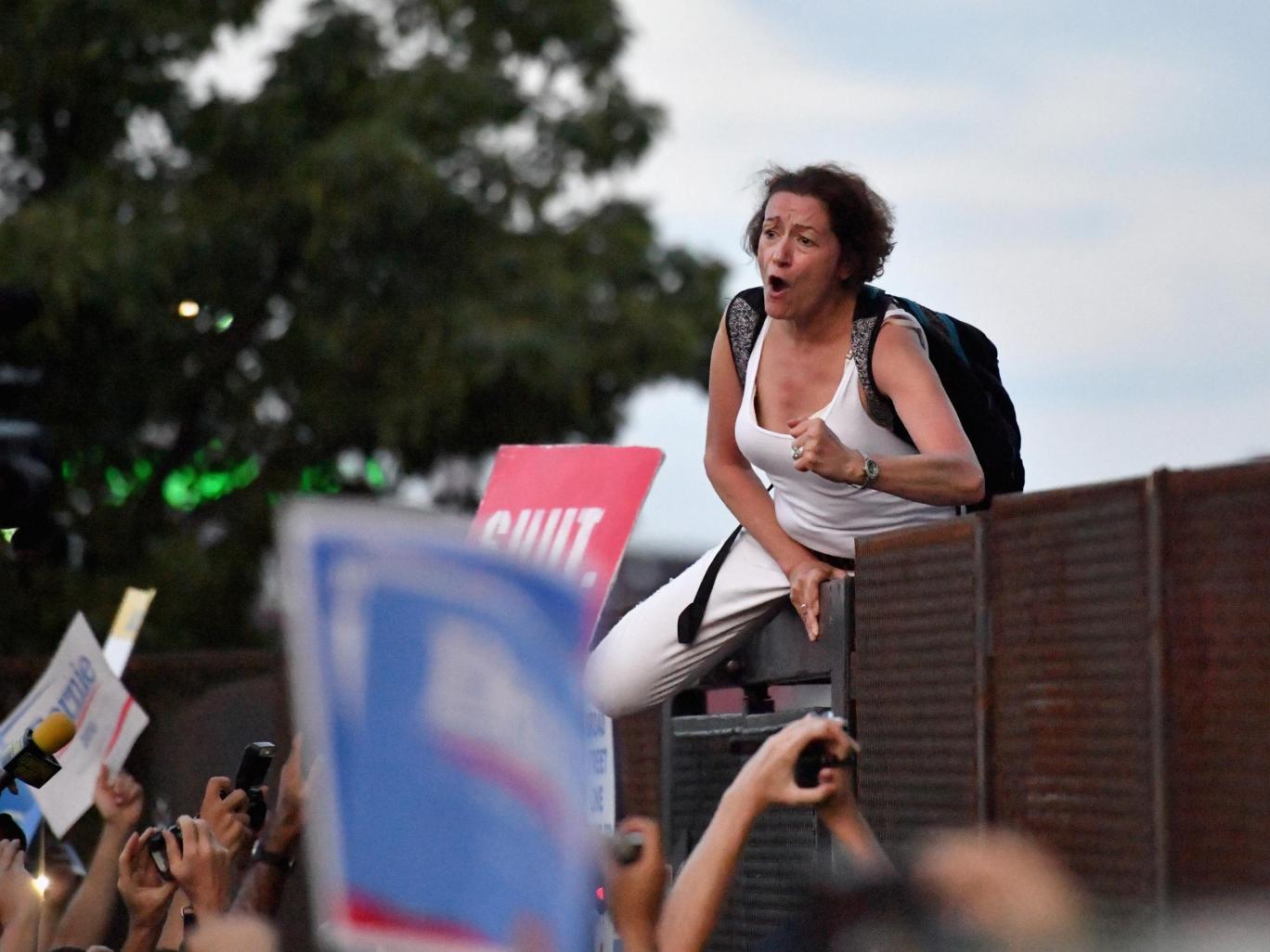 Seven protesters were arrested after breaking into a “secure zone” at the Wells Fargo Center in Philadelphia during the Democratic National Convention (DNC).

The demonstration, which included groups Black Lives Matter and Democracy Spring, became heated when some activists broke through police lines and began climbing the high fence around the convention, according to officials.

Seven people breached the perimeter about an hour and a half before former President Bill Clinton was scheduled to speak, the Secret Service reported.

About 100 Secret Service and Philadelphia police offers were on hand at the time and the intruders were immediately arrested.
Kelsey Helt, 20, who witnessed the altercation, told USA Today: "Everything was peaceful, and then you had a few people step in to cause trouble. Then there was just chaos."

In one video, a protester attempting to put out a burning American flag briefly set fire to himself.
Other protestors rushed to help him while he dropped to the ground.

The unidentified suspects, who were taken to the Philadelphia Federal Detention Center, face federal charges of entering a restricted area.