Former President of Brazil Luiz Inacio Lula da Silva is to go on trial for obstruction of justice in a case related to the scandal at state oil firm Petrobras, court documents show.

The multi-billion-dollar affair has already seen dozens of politicians and officials arrested.

Lula, with six others, is accused of hampering Operation Car Wash, the investigation into the scandal.

Lula, who governed Brazil from 2003 to 2011, has denied any wrongdoing.
The date for the trial has not yet been set.

They have been accused of trying to prevent former Petrobras director Nestor Cervero from testifying in a plea bargain deal.

Cervero was jailed for being the mastermind of the Petrobras scandal.

It is understood that the accusation against Lula is a result of a plea bargain testimony by Mr Amaral. 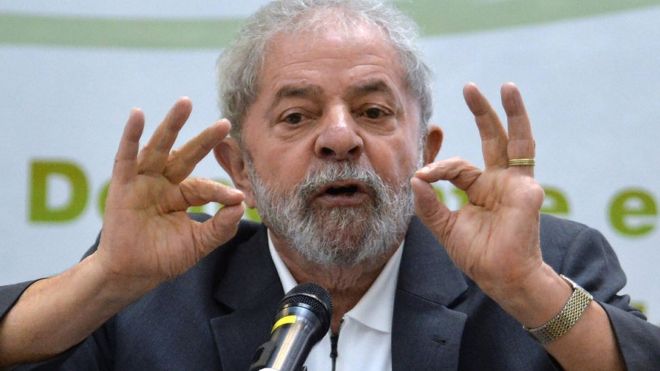 In May, Brazil's Attorney General Rodrigo Janot accused the former president of playing a key role in the Petrobras case, which is estimated to have cost the company more than $2bn (£1.5bn).

He said the corruption could not have taken place without Lula's participation.

Lula made a comeback to frontline Brazilian politics in March, when President Dilma Rousseff nominated him as her chief of staff.

But a judge then suspended his nomination saying it had been aimed at protecting him from possible prosecution. 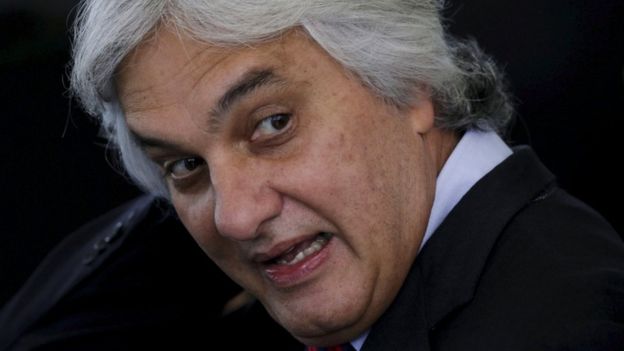 They say that their investigations have since uncovered a complex corruption scheme at Petrobras.

Prosecutors allege the scandal was used to finance the electoral campaigns of senior Brazilian politicians.

Several politicians and Petrobras executives have been arrested and sentenced.
Some of them have agreed to testify against other suspects in exchange for more lenient sentences, taking the investigation to a new level.