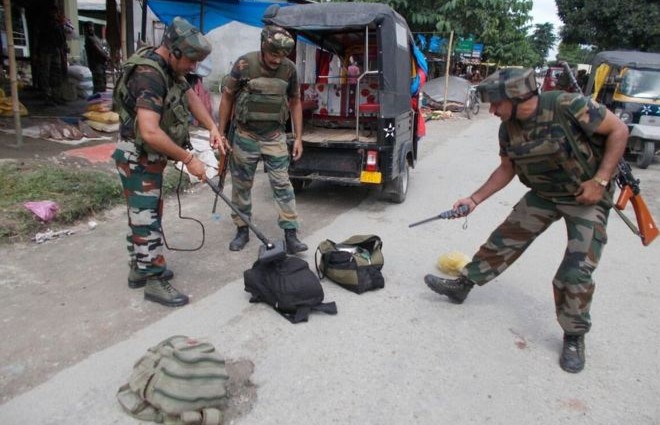 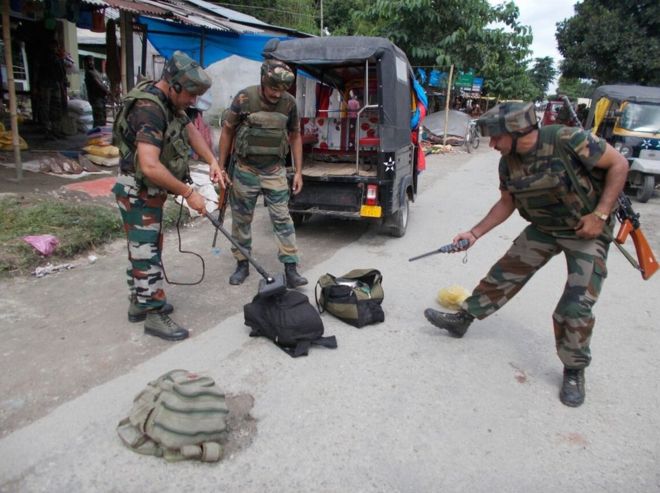 Police blamed the attacks on suspected rebels from a faction of the National Democratic Front of Bodoland (NDFB).

Reports say one suspected rebel was killed in the gun battle with security forces in Kokrajhar district.

The NDFB wants an independent homeland for the Bodo ethnic group to be carved out of Assam.

Assam police chief Mukesh Sahay told the BBC that the attack took place in a market in Balajan, an area just outside the town of Kokrajhar.

One gunman was killed by the security forces and troops were pursuing five others who had fled. Several homes and shops were damaged in the attack.

In 2014, NDFB rebels killed at least 62 people in Sonitpur and Kokrajhar.

The Bodos now have an autonomous territorial council which one of their parties, the Bodoland People's Front (BPF), controls. The council offers considerable local autonomy to more than 3,000 villages that are home to Bodo tribesmen.

A number of rebel groups in Assam have been fighting the authorities, demanding autonomy or independent homelands for the indigenous groups they represent.